Impande – The Art Of Healing

Fate doesn’t ask you what you want. Fate knows best even if you don't.

The unfortunate arrival of the 1652 travelling party to our shores, not only resulted in unspeakable brutality upon our land, but subsequently ushered in the beginning of the decline of African tradition. Colonial administrators promptly instituted the eradication of African culture by introducing Christianity and subjugating African people socially, politically, culturally, economically and religiously. Pre-colonial Africa relied on their healers for physical and spiritual health; however the introduction of foreign witchcraft destroyed this tradition.

Today, unlike the days of colonial enterprise, ubongoma is slowly being re-introduced to black urban communities simultaneously with black pride. For centuries Africans have been dictated to and forced to give up a lot. Reclaiming our identity as black people means accepting our selves holistically. Although ubungoma is met with mixed emotions, it is clear that as black people free their minds, they also free their ancestors as they embrace their traditions.

Ukuthwasa has not only been misunderstood by the settlers but by modern African people too. The prevailing narrative with ubungoma is that it is considered uncivilised, ungodly, and not in tune with today’s lifestyles. 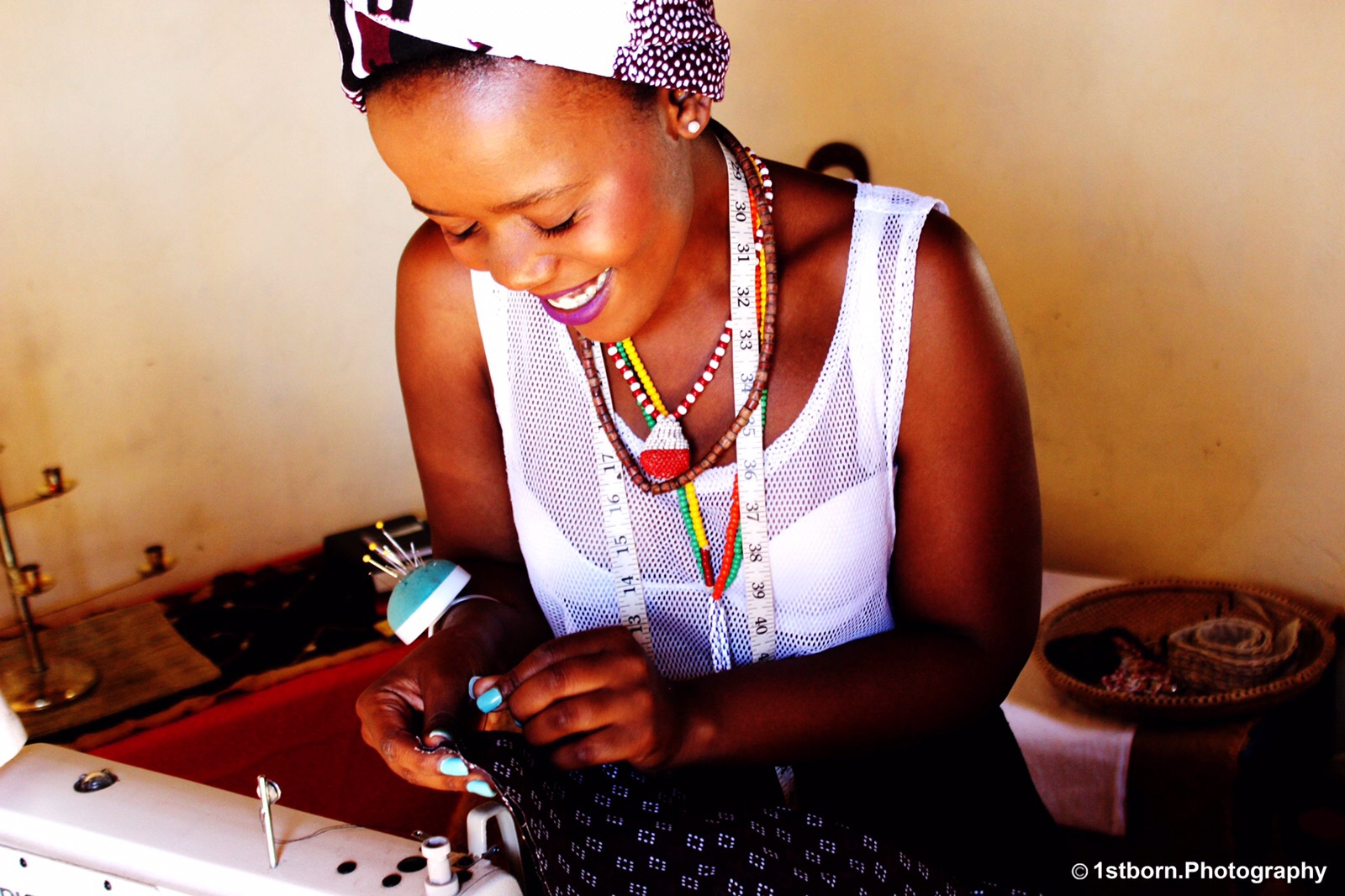 Ukuthwasa is an acceptance of idlozi. This point takes time for many to reach as the spirits (abadala) are often met with rejection from those who are called because they prefer to live in today’s “civilised” existence. None the less they have not forgotten us. They are calling us to a path that will lead to a reunion with the miraculous cycle of nature. The call function is to awaken inner knowledge and the yearning to express the true self through ubungoma. We are called to become not people with power but to become people who can wield that power responsibly.

Those who are born with the innate gift of healing are marked from birth and the signs may heighten with age. However as the saying goes "ukuthwasa akukhulelwa". How quickly the ancestors start manifesting in one’s life is totally up to them. Those who are marked for servitude may be informed through something as simple as dreams. They may experience reoccurring dreams of the manifestation of the very spirits who are calling them or dreams of serpents that sometimes talk or a river with clear water, and at times the beating of drums that can only be heard by the individual concerned. Amathonga announce their presence differently to each individual, and at times some experience a lot of calamity until umoya wesithunywa is revealed to them.

Ukuthatha idlozi requires total surrender. Accepting idlozi means acknowledging the power that is bestowed upon you and which you are entrusted to carry. However many prolong the acceptance which only causes fury from abadala. Unfortunately this is not a profession you choose as amathonga are persistent and will ensure that their will is done. Choosing to ignore a calling may have dire consequences as it may lead to severe illnesses. Most people suffer from mental illnesses such as depression and bipolar disorder, others experience serious misfortune. Amathonga need a body to posses in order to fulfil a certain purpose in the world. One that they might have failed to fulfil when they were alive.

Accepting the path of amadlozi implies there will be things you might have to give up as you no longer entirely belong to yourself. One needs to live their life as the ancestors ask of them in order for the gift to fulfil its purpose.

Many traditional healers are found adorned in red and white beaded necklaces, bracelets and colourful cloths or strings on their waists. Things are however different with today’s gifted practitioners. Tshegofatso Sithole or Gogo Sithole certainly bares testament to that. Her arms and legs carry an absence of the red and white adornment. Gogo Sithole is a young fashion designer who holds a degree from the University of Johannesburg. She explains how art and ubungoma are related as a number of artists in her circle also have a calling to serve.

“Ancient people who are now ancestors used to be creative, everything was handmade back then,” she shares.

“Artists are creative and our ancestors can certainly relate to creation or the art of creating. Art was a lifestyle and a way of survival back then.”

The connection to her being a fashion designer lies in the fact that the spirit that possess her is of her paternal grandmother who was a seamstress. Sithole realised on her 3rd year of study that nothing was coincidental in life. That the universe conspires for the greater good. She had worked hard on creating her final year collection and although many had admired it, she knew something was wrong. A dream that haunted her urged her to recreate the patterns in the collection and utilise cloths worn by abomngoma instead. This is how she realised that her calling was there to be incorporated with her gift and not take away from it. Sangomas are chosen by spirits. So are true artists, as a matter of fact. A sangoma is actually an artist. Ubungoma is an art. Sithole believes she is a reincarnated spirit and to further emphasise this, she says: 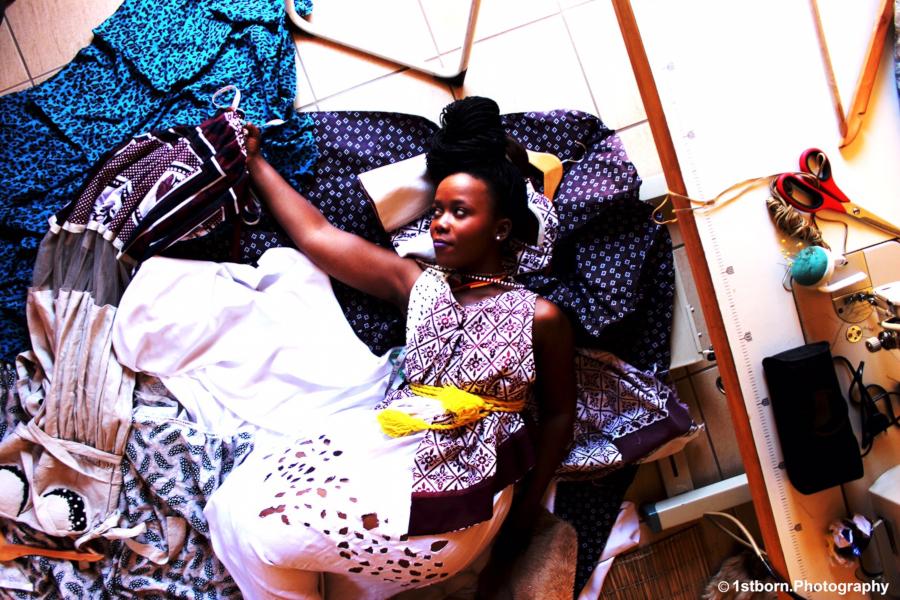 Ubungoma, is however, a new discovery that she is yet to be initiated for. Gogo Sithole’s gift is that of isithunywa and was revealed to her in high school. But a ceremony was done to plead with the ancestors to let her matriculate. Their patience was tested, but they eventually allowed her to carry on until the 2nd year of university wherein they could no longer wait. They announced their presence once again and that is how she found herself training to become umphropheti or umthandazi. Gogo Sithole uses prayer and the bible to foresee things and to heal. Isithunywa wears church gowns, beads and doeks to aid growth.

"I'm one with both idlozi and isithunywa, the two must be merged as soon as I have undergone training for idlozi,” she says. Sithole has lost friends during her time of initiation, however she is not concerned about it.

She has found a balance between her profession and her calling and the two now interact effortlessly. Understanding her ancestors has made it easier for her; she pleads to them to let her go out without the beads or a doek, and from time to time she wears pants.

During our discussions on the difficulties of carrying the gift, Gogo Sithole gets lost in the spirit realm and bursts into tears before finally revealing a prophecy.

"Find your father’s family for it is where you are called,” she reveals.

“They will teach you the correct way to speak to the spirit that possesses you."

As though in a rattle with reality and the spirit she shakes herself back into the conversation.

"We all heal differently and maybe your writing is what you can give as means of healing.”

She is currently working on a collection for the modern Sangoma. She describes it as “trendy” but “relevant” to izangoma.

Being a diviner is not any easy task but it always bears a reason for the calling. Today a career can be easily balanced with ubungoma, better yet ubungoma can assist in the success of one’s career. Vumani, bo!