Let’s mow down a few things and expose the prevailing hypocrisy, particularly, of the so-called “woke” Black men.

When Black men speak of systemic anti-Black racism, and some white person comes and says “no I’m not racist; I have Black friends or I have adopted Black kids,” we tell them off. Why? Because we firmly believe, and correctly so, that, “by virtue of their whiteness in this anti-Black world they are structurally privileged, it’s not about individuals and their so-called well-meaning gestures”.

Yet when womxn say “men are trash” there is an attempt to muzzle them by churning out a very spurious claim, “Not all men are trash”. Another form of violence on its own. The question then is, why is it not recognised that patriarchy too, is not a mere matter of individual culpability, but of a pattern of institutionalised advantages and “structural privileges” for men?

When there are anti-racist campaigns and Black lives become the point of focus, any white person who talks “All lives matter” is not only shunned, but put in their place within a blink of an eye. Why should it be justifiable for men to invalidate the experience of Black women, by saying that they too suffer (under the white power structure)?

The fact is that every Black person suffers in an anti-Black racist order; we are all violated, Black men and Black womxn. But here is the point, a very important one for that matter: Black men who are part of the working class have always argued that the suffering of the white working class (in a Marxist sense) is different from those of their own. Why? Because the racial privilege of the white working class cushions them against the excess of class exploitation, while the racial subjugation of the Black working class aggravates class exploitation (this is for those who care to explore nuances).

Why then, don’t we realise that while Black men and Black women suffer under an anti-Black racist, capitalist order, the reality of being a man cushions us against the excess of such exploitation; and yet aggravates that of women because it is also, and tragically so, oiled by patriarchy, misogyny and sexism?

The Notion of "Empirical Evidence"

I have seen many “woke” Black men excavating statistics from the records of state and non-state organs; to make a case that there are more men who are murdered/killed and incarcerated than women (by the way, it’s men killing men in most cases). And to make it sound intellectually sound and convincing, we are told, “this is empirical evidence”. If they were truly honest and committed to Black radical scholarship proper (as some claim) they would know that the so-called “empirical evidence” comes out of a very problematic intellectual tradition that has worked against the entire Black race, and that is “empiricism” — the very product of the Western European Enlightenment project.

Empiricism: the theory that all knowledge is based on experience derived from the senses. Stimulated by the rise of experimental science (Definitions from Oxford).

It is a worldview developed in the 17th and 18th centuries, and expounded on by John Locke, George Berkeley, and David Hume. Ever heard of those names? These are names Black radical thinkers usually treat with suspicion, if not disdain; for their works camouflaged a deeper anti-Black reality. In fact, Black radical ideas developed as a counter to the ways of making sense of reality through the lenses of such men. What empiricism does is to overlook realities that cannot be counted, that’s the essence of the “empirical”.

As such, it only confines reality to the “recorded”, the “reported”, the “seen” —yet the truth of the matter is that human life, including that of women, is more complex than that. We are not merely physical beings, but also erotic/sexual, emotional and spiritual beings. If physical abuse is that which can be made sense of by the “empirical scientific method”… where do we leave the other kinds of lives that constitute our whole being? What do we do with abuses and violations (emotional and many others) of women that are never taken into consideration by a method that captures that which can be counted?

It is as a result of the inherent limitations of rationalism and empiricism, as ways of making sense of other people’s realities, that a language of the “lived experiences” emerged as a counter-culture and a counter-hegemonic imagination. That is why many Black radical thinkers (worth their name) are suspicious of scientific paradigms of the West; because they sacrifice the “lived experiences” of Black people to standardised paradigms. Why do we, as Black men, want to enforce what we refuse when we deal with white racism — to Black women when they express the realities of their lived experiences?

What again has to be noted is the hypocrisy of those Black men who are always in the forefront, shouting “this criminal justice system is reactionary, and counter-revolutionary, we need a law that responds to the Black man and his conditions”, are also, ironically, the first to say to Black women, when they are violated — “Why don’t you go to the nearest police station, and open a case”. Spot charlatanism there. And beware!

The Personal Denied is The Political Impoverished 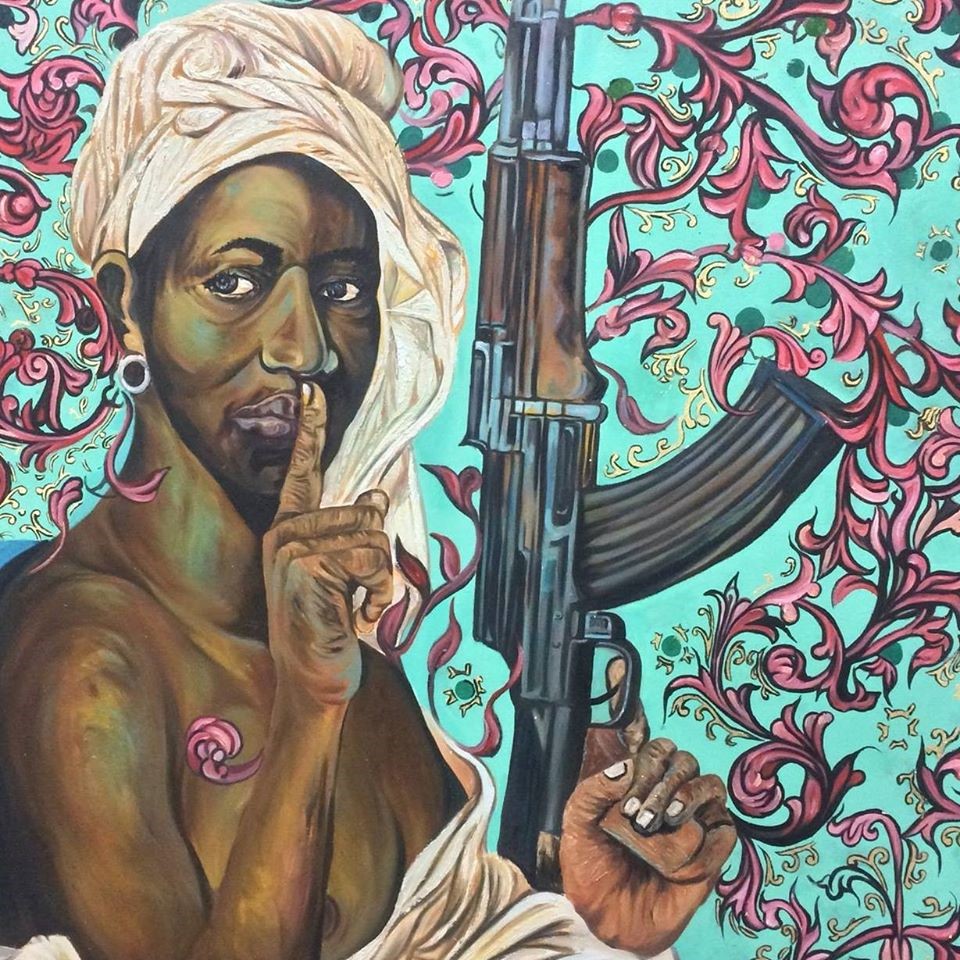 When women go about expressing their pain, we men normally say they are personal, not political. What? Is it not an insight (widely and correctly accepted) that “the personal is political and the political is personal”? Were not Black people, including Black women who defied stifling dichotomies — between that of the personal and the political, the rational and the emotional, hence the feminist concept of “righteous rage” — hailed as revolutionary? When did that change? Perhaps there is an updated version of Black radical thought we are not aware of? We must not address or express our pain when Black women do so; that’s utter invalidation of their pain. No matter how justified we may feel we are. We must avoid the 'Olympics of oppression' (as some scholars dub it).

Again, the separation of the emotional and the rational, the personal and the political, the mind/soul and the body, etc. has a very violent, and particularly anti-Black history. Those who care to read Black radical thought proper, beyond fixation with the surface, will know.

These are Western/European paradigms that were used to justify slavery, colonialism, racism, patriarchy, homophobia, and capitalism. Those who were ‘emotional’ were to be ruled over by those who were rational, those who inhabited the body were said to be occupying the debased side of nature — while those of the mind were said to be occupying a higher culture, and therefore deserving to lead. And it was a philosophy and praxis that relegated Black people to lives of servitude and subjugation.

The negative sides of these dichotomies (in which they were located) were meant to denigrate and petrify them; to turn them into docile slaves in a white man’s plantation. To refute the personal in politics, is to deny politics its true lived-experience value — for abstract philosophical meanders and unnecessary polemics. WE BLACK MEN MUST STOP SAYING BLACK WOMEN SHOULD NOT BE PERSONAL or we must completely shut the fuck up.

We are simply acting and thinking in “bad faith” as Black men. We are making it difficult to close ranks with Black women against the “real enemy”, as we always say. As explained by Lewis Gordon, “bad faith is an individual’s attempt to escape personal anguish, by choosing to ignore evidence that runs counter to his cherished beliefs”. This is a worldview that underlies and further fuels anti-Black racism.

This can also apply to Black men, in a patriarchal world, who run away from taking responsibility for their actions — however insignificant they may think this is in the broader scheme of things. WE MUST OWN UP TO OUR MESS AS BLACK MEN and be part of restoring authentic relations in the Black community. It is not for us to tell what Black women must do (they sure know what is right and wrong); but I believe that, once we remove the feet on the pedal of violence against them, they will not need to ever be in defensive mode in relation to their fellow Black men, and will thus have the space to be part of rethinking and rebuilding society anew.

1
Managing The Rage of Black Working Class Youth
2
Black Men: Amateurs or Charlatans?
3
Who Must We Pay Tribute to: Perfidy or Freedom?