Like so many lynched Black people in the history of the United States, George Floyd’s murder reminds us that a Black person is never recognised as fully human; but seen instead as situated precariously in the intersection of humanity and animality.
Referring to the glut of racist pseudo-scientific research, Frantz Fanon buttresses this notion of the liminal position of Black people in the world thus: “It has been said that the Negro is the link between monkey and man – meaning, of course, white men”. Judith Butler, a gender theorist and feminist philosopher, provides a Fanonian reading of this white gaze of the Black body; observing that the Black (male) body always possesses a threat, a danger; and the only relation that the white body has to the Black is violence – so as to eliminate this element of danger.

Aggressive fear!
Here, it does not matter whether the Black body is passive. In the South African context, one is invited to consider the Swaart Gevaar Olympics, which are now appropriated by the police and the military force – who are, ironically, themselves mostly Black. Andries Tatane and Collins Khosa. A story, stories, among a thousand more stories, for another day.

George Floyd. He cried, “mama!” as the white policeman, Derek Chauvin, pressed his knee against Floyd’s neck – and they say she died, two years ago to the day, that he himself is crying for his life to be spared. When his mother is not responding, George sighs his last breath, exiting the theatre of the living. I imagine Derek Chauvin saying, “Die, Nigga!” Then he spits a history of disdain and America’s anti-Black racism. But a spit, like vomit, like faeces, is excrement that generates the feeling of horror for that which comes out from the inside. And a nigga is constructed through racist ideologies. So, Chauvin spat not only saliva but George’s life out of the living.

And the calling of his own mother could have evoked something of shared origins: the womb. Surely this white cop, too, is son to a mother. Everyone is. But the grammar of racism does not allow such thinking, such feeling. It is a rational irrationality. Killing a Black person is like killing a snake. It follows this illogical logic that if I do not kill this snake, it will escape and kill somebody else or me. The Negro body, then, just like the Black woman, has been viewed as ‘unrapeable’ – since the days of slavery; is linguistically jettisoned out of humanity. Put differently; the personhood of a Black person is almost always posited with an asterisk – because it is viewed as a typo of humanity; something possible, but inherently flawed. Looking at Floyd’s death; white policemen make it a hobby to kill young Black men. Like hunting. It falls within the realm, and lexicon, of pleasure. 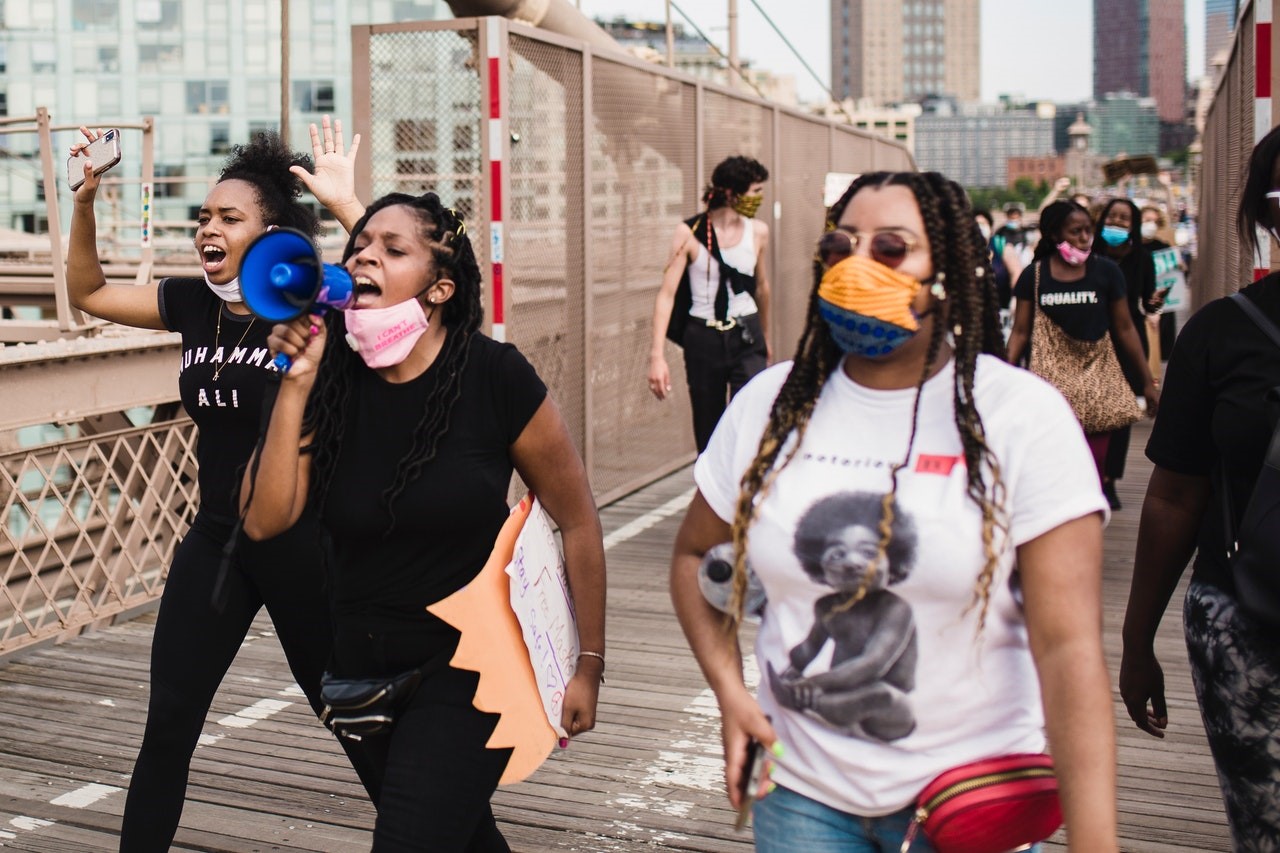 A Black community appears to be the cage that Maya Angelou beautifully illustrates in a poem – I Know Why The Caged Bird Sings – that I recently taught to first year students at the University of the Western Cape. The poem depicts images of Black American life through the metaphor of the bird, a life with constraints, and defined by fear, “longing”, and “rage” – but the bird still “sings of freedom”. What does it mean then when one’s release from the cage is through lynching, through death, as in the case of George Floyd? It means that a Black person cannot breathe under a capitalist society; a system responsible for injecting power into racism, for the latter to gain currency. It is precisely with this understanding that Black people in the world become a metonym for the proletariat as a class – because through racism we encounter all sorts of exploitation, objectification, and alienation. In this very instance, death becomes, paradoxically, our liberation from the cage. However, it is unacceptable! So then, rage is an appropriate language for Black people at this moment.

Rage, so dangerous; like the fire that barbeques the police vehicles on television screens. I watch this spectacle of Black rage, engulfing this ‘tenth minute’ of Floyd’s moment. This fateful moment, which carries so much historic weight, in the United States and beyond. The images of lynching, then, a negro – from an era misunderstood as past – surface. Yes, this particular policeman was also lynching a Negro, a Black and not necessarily a human being – (Jacques Derrida cautions us about the dangers of treating a human life as a symbol). In his dedication to Chris Hani, in the Specters of Marx, Derrida says, “it is a communist as such, a communist as communist, whom a Polish emigrant and his accomplices, and all the assassins of Chris Hani, put to death”. Derrida alludes to the particularity of a human life; a uniqueness of life, perhaps as unique as a human face, or a hand. But killing a communist, according to Derrida, is putting to death a certain “paradigm”, a reduction of human life to a mere symbol – or to that which stands in for something else. A metaphor. It is precisely a metaphor to which George Floyd’s life is relegated, in those fateful nine minutes. Like the Nazis’ frenzied hunt of their typo, guarding against the pollution of their social text; so, they were killing a Jew and not a human being. But the Negro is more subhuman than a Jew, in the syntax of racism. Floyd’s lynching becomes a metaphor for the extermination of Negroes.

To lynch, to kill. Floyd becomes a form of proofreading, and a deletion of linguistic errors, that comes with being Black in the text of the world – “ethnic characteristics”, “cannibalism”, “intellectual deficiency”, “fetishism”, “racial defects”, and “slave-ships” – to make the social text of whiteness in the United States of America clean (and therefore flawless). It tells us that there is no particularity and subjectivity about Black life. In the face of anti-Black racism, George Floyd too had to be “responsible at the same time for [his] body, for [his] race, for [his] ancestors”. He is forced to disappear to his ancestors, indeed.

Finally, it takes one white policeman’s aggression to call upon this history: the history of a race. A deed which becomes a reminder that, in America’s or the world’s social text, its body politic, a Black body is, once again, a typo: a socio-textual undesirable – to be scrapped off. This Hegelian philosopher, Derrida, relates to something like this – in his essay on hospitality – when he refers to language as a mobile habitat; indeed a carrier and a home of our prejudices, values, religion and culture: a home in a constant motion and construction of a community, and a stranger/outsider at once. Therefore, the lynching of George Floyd forces us back precisely to this reality, this lived experience of Blackness; to be continuously facing death, like being shot at, unarmed, in the streets of Ferguson.

1
Ode to Moses Taiwa Molelekwa
2
Barotela bo Darkie: The Culture of Peeing on Blacks in White Universities
3
Black to Reality