“A delectable play on words” - read one poster accompanied by four or five stars. Craig Higginson’s Imagined Land could be aptly described by such a five word summation at some theatrical festival poster. Intrinsically the play is a writer’s soiree that allows Higginson to indulge in some smart witty dialogue that is a rarity in these parts. Playwrights that are sensitive to race relations in this country are generally manacled by a political correctness that requires the creation of stories that convey an idyllic contemporary South African society lest funding trots asunder. As far as ticking the boxes goes, Higginson set this play in the world of academia where the pompous exchange of lofty words in high English illustrates belonging to a certain class and inevitably the exclusion of another class. But it is a setting which allows the playwright to exercise his vocabulary.

The result is the sort of work that requires one to arch their back forward on their theatre seat, in order to fully engage and comprehend the turns of phrases and banter that this bunch metes out in quick succession.

It is wonderfully timed and paced, and the pretention of the whole scenario dissipates into thin air as early as five minutes into the play. Nat Rambulana formerly known by the moniker, Nat The Venda, looms large in this production. He is sublime in this performance and his casting or his character’s inclusion in the story ticks another box. This means that the Daily Sun can cover the play, while Fiona Ramsay and Janna Ramos Violante’s characters guarantees that the Jewish Report can covet the production. 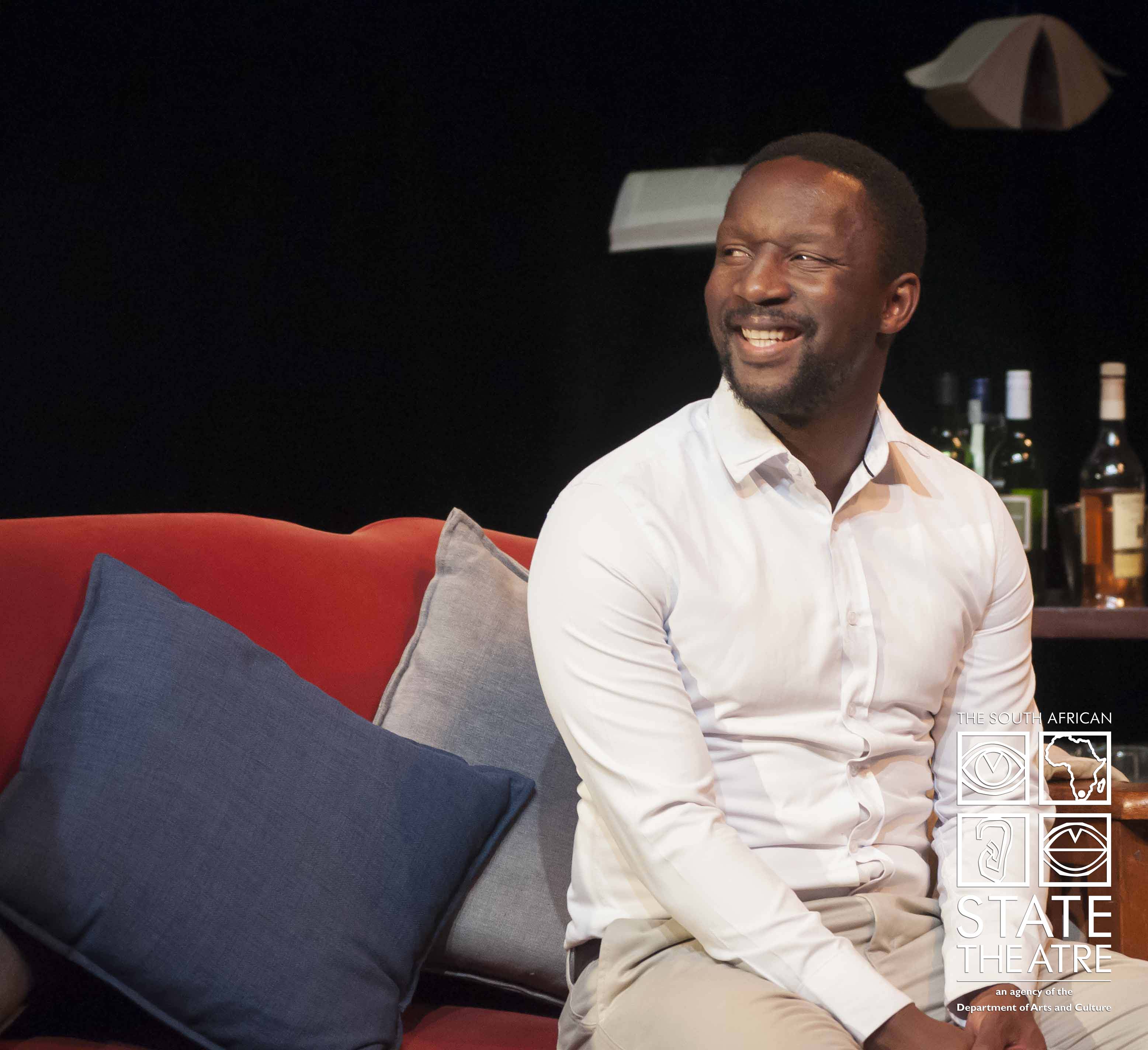 With all these elements in place the production sets about exploring themes of race, sex, career, family and all the complications that afflict human beings. Of course in order for Ramabulana to be the sterring of the piece he has to be exceptionally qualified, and very capable. This translates into misplaced black pride from the audience when watching this black man hold his own amongst these bespoke white folks.

And this being a writer’s play by nature, Higginson uses the outlet to touch on frustrations about affirmative action in academia and even throws in a subtle jab at #rhodesmustfall, slyly suggesting that what that movement achieved would not solve current challenges.

Ramabulana is strongly considering giving it all up to set up shop in Venda. It seems television does not have time to accommodate a man with his incredible chops, preferring to cast people according to the number of Twitter followers rather than their ability. But before engaging the source of Ramabulana’s frustration with the industry, let’s examine his views on this role and its race relations.

“Some of my favourite lines in my theatre career come from this play,” Ramabulana begins.

“Playing this character meant that I got to chew white people out and that is very rare in theatre. Some of the themes spoke to the black experience in real life. We always have to answer to our blackness. Of course it is not ideal that these words were not written by a black person, but does it really matter? Craig was confident enough to put himself in that situation, and I think that if it’s good, you can’t begrudge it. I don’t feel misrepresented or exploited at all. He did a good job.”

Ramsay and Violante also excel in their respective parts in this tale about the collective racial angst that plagues South Africans. Consequently the reception of the play by different racial groups has been far apart, which can be the mark of a good production.

“I think white people have found it difficult to watch this play, compared to black people,” Ramabulana says.

“I am generalising here. But I think Craig is digging into the heart of some white people’s experiences and it is not pretty to watch. I think there is a truth that is being told that they are not quite ready to confront. Whereas black people love it because there is something being celebrated there, that this man does not succumb to anything in this white world. That he is responsible for his own journey and that he stands for himself.”

Ramabulana is on another plateau with this performance and appears eerily at ease and comfortable on stage. It’s not a matter of being believable, but a matter of just being. This is something that eludes many performers in this field.

“I try to make the experience as easy as I can for myself with every character,” Ramabulana says.

“I do that by getting to know myself very well and draw from that moving forward. As a person you are yourself first before finding yourself in that situation. As an actor, I am me and then I find myself in that situation. We had the language discussion, we had the accent discussion, and it helped that Craig, Malcolm and Fiona are from the academic world, so they were great guides. Ultimately for me it is about trying to navigate a world that is not necessarily my own. Because you are aware of being black in this world, you almost want to beat them at whiteness. And that was the driving force in trying to sound like them, trying to be like them and trying to convince them how good you are at being them. And in the process you lose yourself and that can be frustrating on stage and in reality.”

The artist formerly known as Nat The Venda is trying by all means not become a “bitter actor” and it is for this reason and many others that he is walking away from acting for a bit because his passion for the craft is not reciprocated by avenues outside of theatre. “My family is growing for one, and the game is rough, I think television has changed and I haven’t changed along with it,” Ramabulana explains. 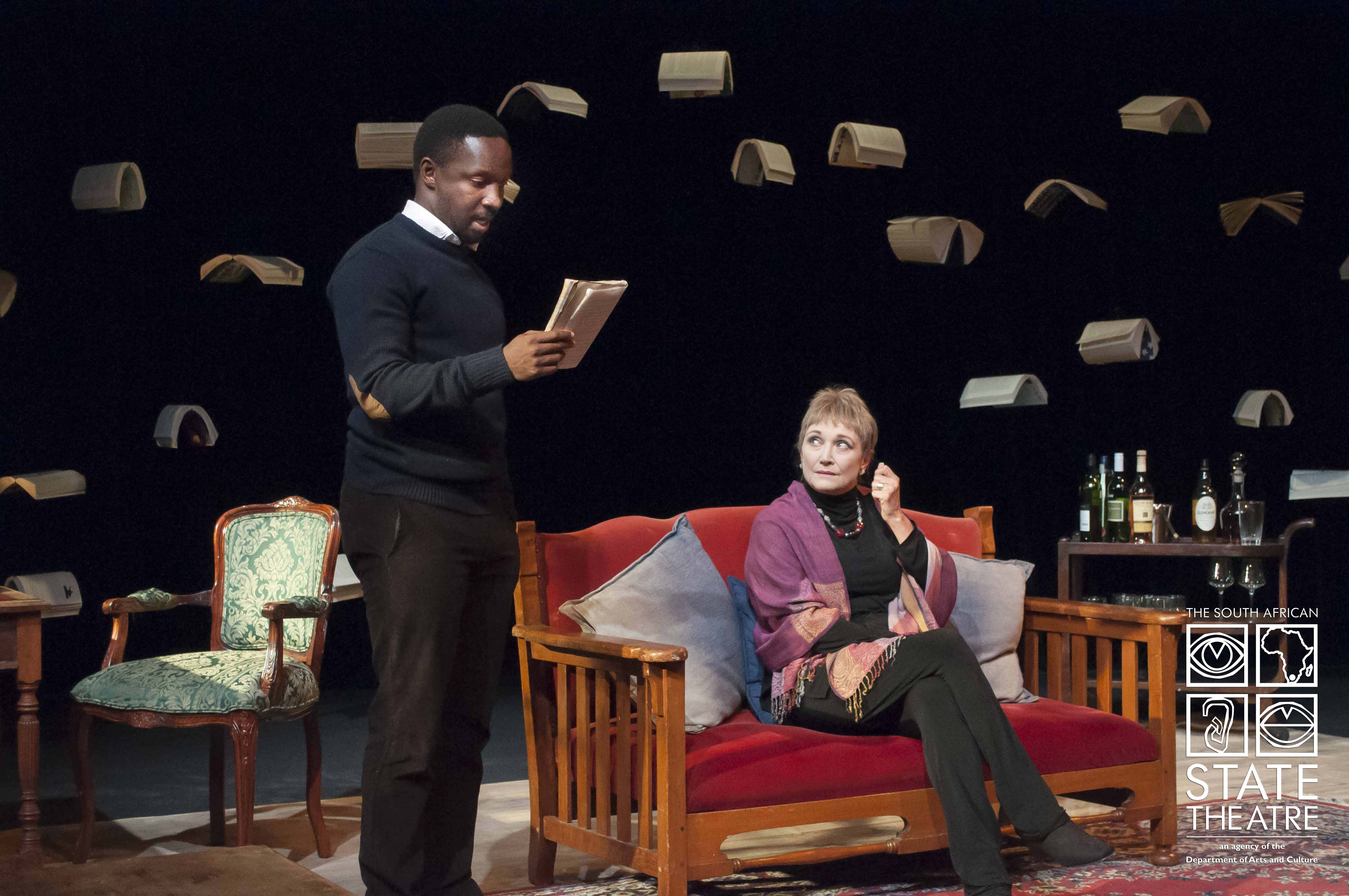 “Theatre is my home and it has been good to me and that shows the nature of the actor that I am and the person that I am. It’s just that financially it is not sustainable. TV is about trends, and I am not on social media, so that doesn’t help. The focus is on celebrity and I don’t buy that skelm; I am a private person and I like to keep to myself and my family. I don’t attend functions and at the moment it is about all being out there and being seen. Moving is a strong consideration at this stage, but we’ll see how it goes.”