I am currently in love with an effeminate man, and a bisexual woman. This is probably my third polyamorous relationship. Why am I dating two people at the same time? I often have to make my sexual partners aware of my complex DNA make-up, which has a side that is almost masculine and almost feminine. I literally have to be upfront about my ‘dubious’ sexuality, each time I show interest or commitment to whoever I am with at that particular time. I do this to avoid surprises that may occur at a later stage of the relationship. By my behavior and manners, I possess both the dominance and submission of male and female traits, and therefore I assume I am bisexual, isn't that the term? I am not sure. I am however a woman who has even borne a daughter. I would like to birth four more, Inshallah.

I think the balance lingers somewhere between the two. Not equally, of course. Most of my life I have been with women sexually, and with men romantically. I suspect a dominance of masculine entities and ancestors wrangling over my body, that tend to also want their own pleasure. I realised this early in my life, and have since been obedient to it with very little question. I started sleeping with females at the age of 12 years. With males, it would be when I was 20 years old. Funny though, because my first romantic lover was a male.

I laugh, when some of my male counterparts claim I am with them just to cover 'ihlazo'. Apparently, it is a disgrace to be queer. Especially if you are a ‘conscious’ African. One even told me to stop dating men, because it is clear that I am lesbian. I disagree. I am rather a masculine-gendered woman, and most men expect their counterparts to be feminine. I think this is how I may begin to explain my lifestyle, as a polygamous queer/bisexual/nton nton.

Things have been working in my favour so far, though. For the first time, I am dating a heterosexual man whose mannerisms are more feminine than mine. We fight for the mirror, his voice is squeaky, and he is often mistaken for being a woman (at least thrice a day). We do each other’s hair, and cross-dress most of the time. Apparently, he is only attracted to ‘tomboy’ girls. I thought he was gay. He assures me that it is his female ancestor that resides in him, who drags him to such femininity; but that he is otherwise, ‘straight’. With this set up, I have found a common ground that allows for a non-restrictive urge to want to keep me for himself, even if without exclusivity. I suppose this is how I am open to also express and nurture the same love for a bisexual woman, who is as accommodative. She is submissive, crazy about BDSM, and this suits my sexual needs really well. 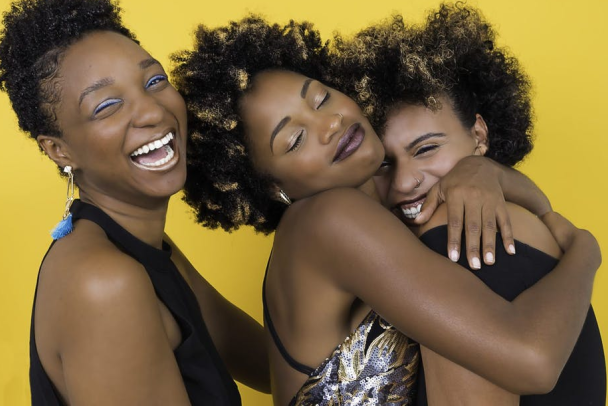 Dating two people at the same time does not mean jealousy and insecurity do not spring up. Obviously, people are always protective as well as possessive over what they love. I for one, get in trouble when I opt to sleep over at the boy’s instead of the girl’s place. And it is an issue, too, whom I am more open to; in terms of revealing my soul. The scale is not yet balanced. But this is the healthiest polyamorous relationship I have been in, compared to two others from the past. What makes it so? Maybe it is the fact that each partner in this one has the freedom to attend to their own affairs, outside of the relationship. The first time around, two women were dating the same man, who had the freedom to date others besides us, whereas we did not. The second trial was improved by us three dating each other, one of the men having opted out. I was seeing the woman alone, and he got his chance with her alone, and I also got my chance with him alone — but most times we saw each other at the same time; as a trio. Now, in my current relationship, it is far better — because we are not constrained to be weighing each other with insecurities — my effeminate male partner and my bisexual female partner don’t feel like they’re competing for my affection.

I am very much convinced that I am content with such a lifestyle, even when it troubles some of my male partners. It is interesting that female lovers are the most willing to, or do not mind, sharing. I must stress though, that dating butch lesbian women has exposed me to a different experience, as compared to dating bisexual women. Butches do not want to share. It is an insult that 'their' woman must also be fucked by a man, when they can provide the 'package deal'. This often conflicts with my own values. Not just for sexual reasons, but also due to my nature of sharing my being with any human body the creator formed. I have recently realised how a kind of metrosexual man possesses traits similar to mine, when coming to my idea of romantic relationships.

Polyamorous relationships aren't easy at all. Health and hygiene is one of my issues, more than being bothered by the ideology of unfaithfulness or cheating. After all, this is an open platform — to feed the desire of having more than one partner — while being open about it. I for one cannot bear to have sex with a female partner, if she has just been with her male lover. The thought of semen possibly still being in her punani puts me off. It is the same with being with a man who has just been with another woman — the sweat and fluids that still reside with him automatically get to be mixed with mine, yikes! Above all, I do not like when energies are mixed. This is why, therefore, I commit to a constant cleanse — by steaming and visiting places of nature that restore and remove all the other spirits — that may not be good to stay locked in my body.

It looks a bit fuzzy and out of direction now, I know. Ultimately, my ideal polygamy would entail all three of us committed to each other, and protected by each other. I would like to maintain the balance of a male and a female. Their sexual orientation counts very little, especially because of my belief that biological sex as a notion is itself quite tricky. Some boys are meant to be girls, while some girls are not even girls or boys, for that matter. Unfortunately, society posits these very rigid markers and compartments — of where the male and the female realms of possibility begin, and where they end.