The Fermentation of the June 16 Uprisings

On the occasion of the 44th anniversary, we have to emphasise the point that the June 16 Uprisings were not an event that could be understood only within the month of June, 1976. You will need to have an appreciation of the political, ideological and socio-economic factors of that political era.

Historians tell us that there was a political lull following the banning of the ANC and PAC in Azania in 1960. Neither the ANC nor the PAC dispute the historical fact of the political lull.

We see a definite build-up of a Black Power movement in Azania in the mid-1960s with the major influential figure being Bantu Biko. Despite Biko’s brother Khaya being a PAC activist, Biko takes no direct interest in political activity. Not at all.

Some people have sought to frame a relationship of the brothers as Biko being a student of Khaya. There’s no evidence in history that this was so. The fact that Khaya was a PAC activist, while Biko was politically inactive, did not necessarily qualify Khaya as the political tutor of Biko. Besides, Khaya was born in 1945, while Biko was born in 1946. I am raising this point to discourage the temptation to exaggerate the age gap between the two brothers.

As a matter of fact, it was Khaya’s political activity that landed Biko in trouble when the two were arrested at school and detained. I recall how Bra Bisto, as Khaya was known, related to us as AZASCO members in 1995 how happy he was when Biko was arrested. This was because Biko was indifferent to political activity until that arrest.

It is the rough experience of detention and expulsion from school that lands Biko in Marianhill in "Natal", or KZN as we know it today. All that followed is history.

The seed of the June 16 Uprisings is planted with the formation of the pioneer Black Consciousness organisation in the form of SASO in 1968. Having worked hard for its formation, Biko becomes SASO’s inaugural President. Despite having a PAC activist at home, Biko doesn’t join the PAC and the ANC. He chooses to start and build his own movement. 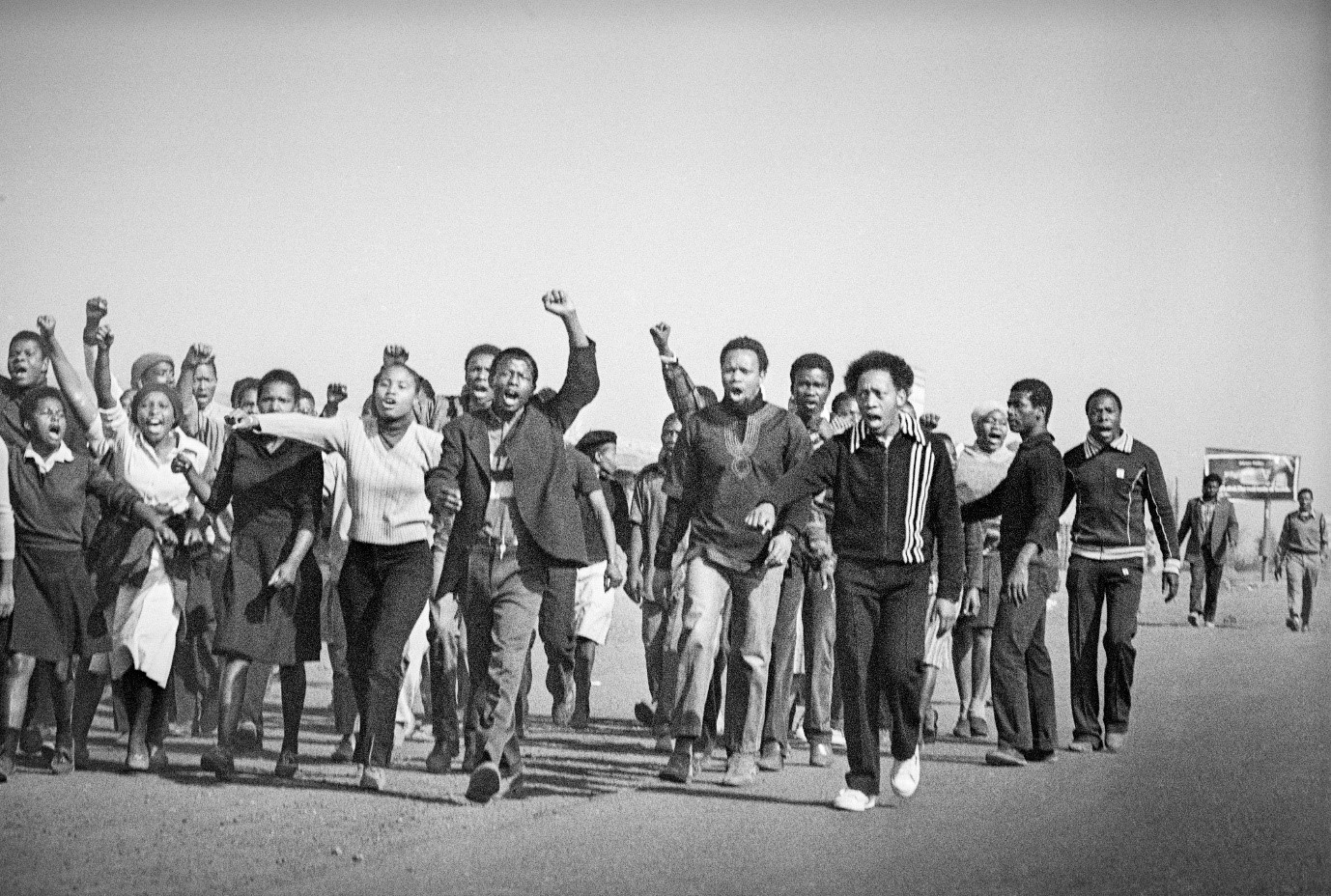 SASO being a tertiary students organisation, efforts were embarked upon to form a vanguard political organisation despite the presence of the ANC and PAC in exile. The result was the launch of BPC in 1972 with Biko as its Honorary President. A number of sectoral organisations were subsequently formed under the auspices of the BC philosophy. There were the Black Allied Workers Union, Black Community Projects, Union of Black Journalists, National Youth Organisation, South African Students Movement and many others. All those organisations constituted the BCM. And they all contributed in the fermentation of the June 16 Uprisings by spreading and imbuing the Azanian Masses with the BC philosophy.

While SASO operated at the tertiary level, SASM was organising and spreading BC at secondary level at which the June 16 Uprisings erupted.

When we recently visited BC Stalwart Sandile Ntwasa, June 16 activist Oupa Ngwenya related how the arrest of Enoch Ngutyana on 8 June 1976 marked one of the building steps towards the June 16 Uprisings. The arrest took place at Naledi High where Khotso Seatlholo was a student and desk mate of Oupa Ngwenya. In a 9 October 1976 interview, Tsietsi Mashinini narrates Enoch Ngutyana’s arrest:

The Bantu Education policy to impose Afrikaans as a medium of instruction seems to have presented a trigger mechanism for the June 16 Uprisings. This was despite the fact that Afrikaans was in fact a language that was developed and spoken by the indigenous people as they resisted foreign culture as was represented by the Dutch language. The white settlers usurped both the Afrikaans language and the description Afrikaner in the 19th century. In this way, Afrikaans got somehow contaminated by this usurpation by the oppressors. This usurpation was what made the imposition of Afrikaans as the medium of instruction objectionable to the masses.

On 28 May 1976 SASM held its General Students Council in Roodepoort where the policy by the regime to impose Afrikaans was discussed. There is a need to reiterate the fact that SASM was the student component of the BCM. On page 25 of The Youth Struggle: The 1976 Students’ Revolt, we are told that a resolution at this SASM Council was passed to fight against the Afrikaans imposition and also support the sporadic boycotting of classes that was already taking place. The Council’s minutes tell us about this resolution:

We can see that the fermentation of the June 16 Uprisings was an organic political process by Black students affiliated to the SASM of the Black Consciousness Movement. The leaders of this SASM were politically conscious BC activists. I am talking about Tsietsi Mashinini, Khotso Seatlholo, Sibongile Mthembu (now Mkhabela), Oupa Ngwenya, Thabo Ndabeni, Seth Mazibuko and many others.

Seth Mazibuko tells us that it was in a mass meeting in Orlando that Mashinini rose to propose the date of June 16 for the demonstration with the objective of mobilising all Black schools and students to join the protests against Afrikaans as a medium of instruction.

Up until now we learn about the political maturity of students under SASM building and plotting the momentum towards the June 16 Uprisings under the general influence and direction of the BCM. On page 27 of The Youth Struggle: The 1976 Students’ Revolt, we are told about the direct involvement of BPC in working together with its structures like SASM and the Black Parents Association in planning and fermenting the June 16 Uprisings:

“The weekend before the march, a meeting was held between students and some BPC members to finalise strategy. The students action committee plan was to stage a peaceful march with students from all over Soweto congregating at Orlando Stadium and then proceeding to the regional offices of the Department of Bantu Education to deliver a Memorandum reflecting student grievances.” 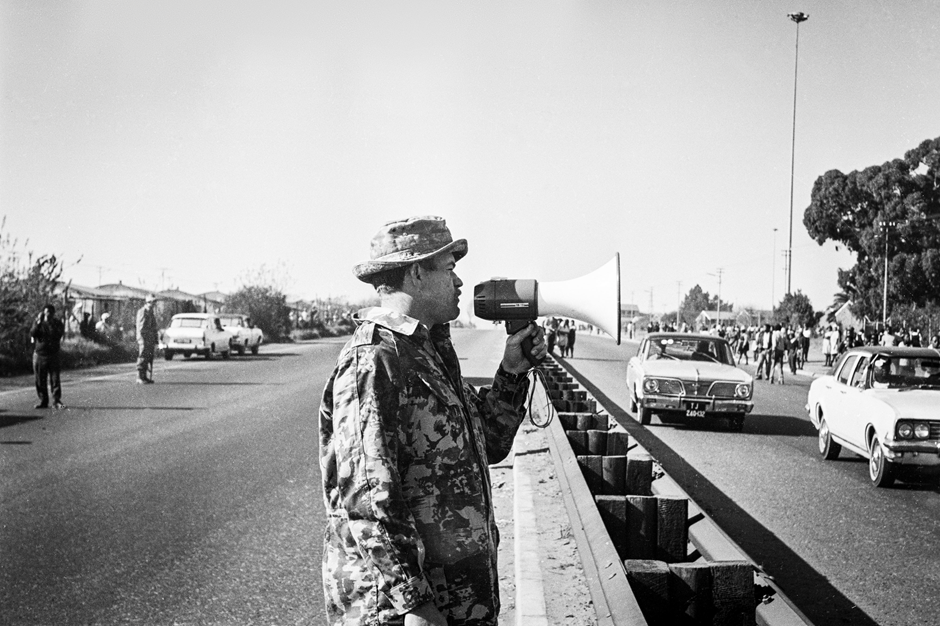 Many activists would have expected that the military wings of the ANC and PAC would exploit the Uprisings and supply the armed struggle dimension to finish the enemy off. That never took place. In my other writings on the June 16 Uprisings I have explained with evidence why there was no military assistance by the ANC and PAC. Both organisations were not ready. These organisations were busy trying to deal with turmoil caused by factions and mutinies in their ranks. In fact, the Uprisings gave them a huge boost in terms of the recruits brought about by the mass exodus of young people from Azania. ANC President Oliver Tambo agrees:

“This uprising of 1976-77 was, of course, the historic watershed... Within a short period of time it propelled into the forefront of our struggle millions of young people... It brought to midst comrades many of whom had very little contact with the ANC, if any... Organisationally, in political and military terms, we were too weak to take advantage of the situation that crystallised from the first events of June 16 1976. We had very few active units inside the country. We had no military presence to speak of. The communication links between ourselves outside the country and the masses of our people were still too slow and weak to meet such (a challenge) as was posed by the Soweto uprising.” (Ibid:22)

In his 9 October 1976 interview, Mashinini was asked the question,

“Do you have any connection with the ANC or PAC?" His answer was clear and direct:

"I will tell you something. The ANC and PAC played their part in the South African struggle in the 1950s and 1960s. Right now there are ex-members of the ANC in the whole of South Africa. But they are not politically active, that is, have a concept of perpetuating the activity of the ANC or PAC political ideology. As far as the students in South Africa are concerned, the ANC and PAC are extinct internally. Externally we are aware they exist. Internally they are doing no work. There may be some underground work they are doing which we are not aware of, but as far as the struggle is concerned they are not doing anything.”

Many people may wonder where did Mashinini get all the power and influence he had to mobilise the students. In 1976 he was the President of the Morris Isaacson High School Branch of SASM. We now know that SASM was his power base and source of influence.

If Mashinini was the brainpower and driver behind the June 16 Uprisings, we have to find yet another instrumental influence behind the making of the political product Mashinini. We have to go back a bit and remember that the BCM founder Onkgopotse Tiro was expelled from Turfloop University after delivering the anti-Bantu Education speech at a 1972 Graduation Ceremony. He was the SRC President. In 1973 he was appointed the History subject teacher at Morris Isaacson where he also had Mashinini as his student. It is clear that he did some serious “skop-allignment” on Mashinini. This is how Mashinini remembers his teacher and political leader Tiro:

"The BCM, which is a very strong movement, gained momentum from 1972 until the death of Tiro, the person who established SASM in 1972 and was assassinated by a letter bomb in 1974 in Botswana. He was a permanent organizer of SASM and was the first national president of SASM at the high school level. He was one of the Black leaders who died for the Black cause.”

What is seldom talked about is the fact that Mashinini foretold that the BCM was going to be banned. He said “I think they will ban the BCM and claim that they are behind all this”.

It is however tragic that the leaders of the June 16 Uprisings like Tsietsi Mashinini and Khotso Seatlholo are not getting the recognition they deserve in this era of democracy they contributed to bringing about. It is worse that their political father Biko, who was the overall influence and guidance behind the June 16 Uprisings, remains forgotten. It has to take serious fighting before Biko’s name gets attached to some obscure township street.

If it is this difficult about Biko, how much worse can it be about Tiro, Muntu Myeza, Abu Asvat, Strini Moodley, Mashinini and Seatlholo?

I hope that these lines will contribute in helping the nation and the world not to forget the selfless contributions and sacrifices of those that were behind the June 16 Uprisings.