The Queens Fortress: Re/Member Your Descendants

The corona virus pandemic has placed artists in unfamiliar territory. The traditional artist’s main source of income is often through live performance gigs, but now we find ourselves in a space where we need to adjust and get with the times. Writer, poet and performer Xabiso Vili seems to have a head start in this department. In 2019 the poet was awarded with the Digital Lab Africa Web Creation Prize. In tune with his prophetic ways Vili has begun to work on his digital art exhibition ‘Re/Member Your Descendants’ which reflects on our relationship with ancestry and the role it plays in our present.

“Gatekeepers often hold information from us in the poetry industry,” Vili says expressing how certain structures have been put in place in order to inhibit artists from receiving information that they need in order to be successful, as well as to monetize their art.

“Gatekeeping comes with ideology and a way of thinking; it’s the way we speak and it snowballs a particular kind of thinking. It becomes an abuse of power and we need to call it out. It’s criminal to prohibit people from receiving healing from art.”

Vili is Word & Sound’s reigning King of the Mic for. The poet is passionate about creating alternative spaces for art to be created and consumed in order to bless many with the gift of healing through art. 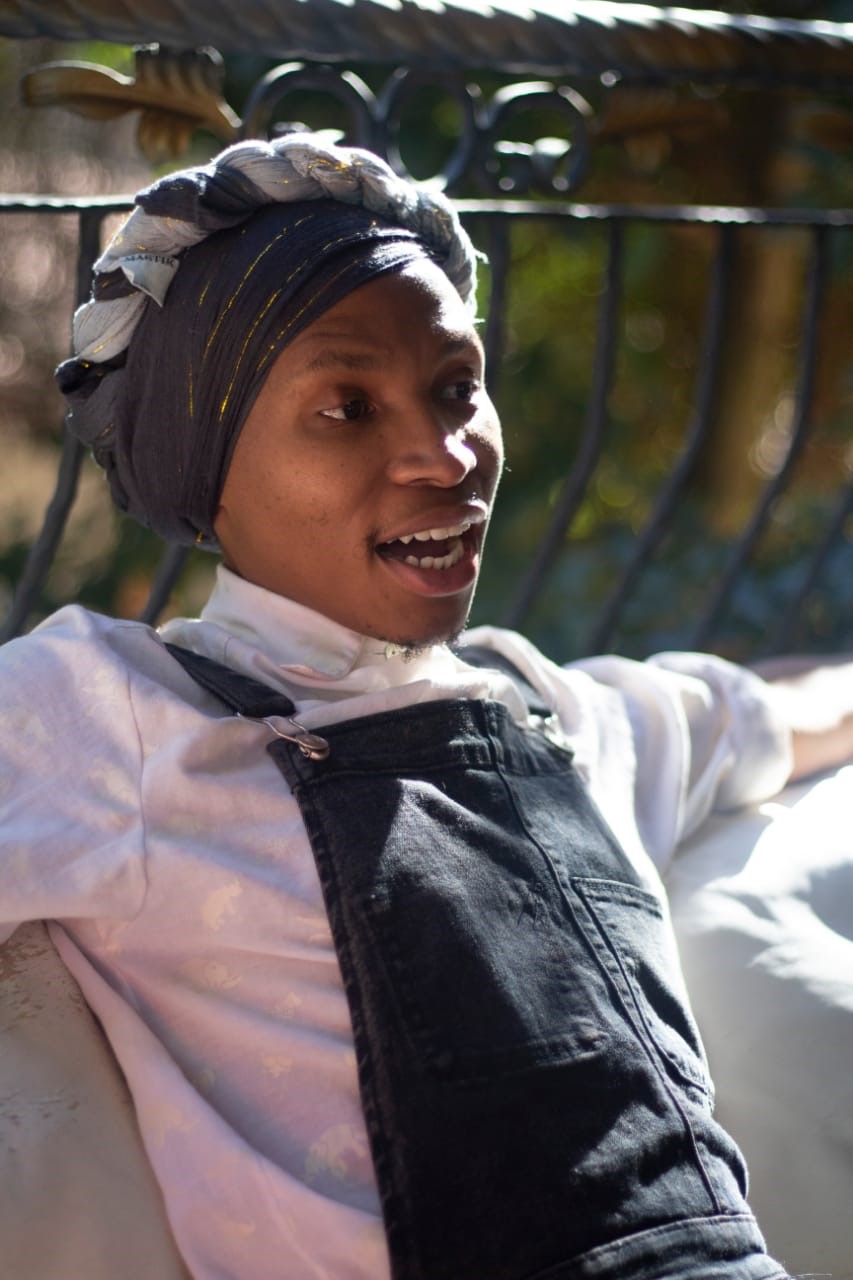 Xabiso Vili is a performer, writer and social activist. His writing explores how his inner world can relate to the outer world. Xabiso strongly believes that art positively influences the community around him and is constantly working at alternative stages where art can be shared. He is currently involved in researching and creating a methodology for how the process of writing can be used for therapy and healing.

Vili hosts a series a writing, performance and event organizing workshops and has assisted in producing many award winning writers and performers. Throughout his career Xabiso has won multiple slams, has been published in various esteemed anthologies and has performed all over South Africa and abroad.

In 2016 the poet released his first album ‘Eating my skin’ created with Favela Ninjas. He then went on to write a one man show production titled ‘Black boi be’ and published his first collection of poems ‘Laughing in my father’s voice’.

Podcast: ‘The Queens Fortress’ on Spotify, Apple Podcasts, and Stitcher

4
The Queens Fortress: On Raising Boys