Why Are The Banyamulenge People in East Congo Not on Genocide Watch?

The international community ought to be aware, about the Banyamulenge people in East Congo, who are at the mercy of genocide. Lack of knowledge on this human tragedy, may be based on the limited access to both local and international media, caused by the combination of political hostility and worsened by the lack of basic transport infrastructure in East Congo. As a South African, I join all those astonished, at how the South African government, similar to most other governments, both within and beyond Africa have been silent, about the inhuman massacre of the Banyamulenge people in the Democratic Republic of Congo (DRC).

Historically, Eastern Congo has for decades, been an epicenter of violent conflict, largely launched in the Kivus (South and North-Kivu). Despite multilateral efforts, that followed the 2002-2003 inclusive agreement signed in South-Africa, including the presence of the largest UN peacekeeping mission of roughly 20,000 troops, this region has still failed to stabilize. From Ituri Province, to Minembwe (South-Kivu Province) via Beni (North-Kivu), clashes and violence have been renewed once more, following the controversial presidential elections held around late December 2018. On the 19th of June 2020, the Congolese National Army known as Forces Armées de la République Démocratique du Congo (FARDC) warned, that it won’t tolerate social media campaigns from ethnically affiliated armed groups, operating in Fizi, Mwenga and Uvira territories. On the 29th of May 2020, local Media were informed by military sources in South-Kivu, of a possible ‘new rebellion’ being incited in the region of Minembwe-Bijombo (at the crossroad of Fizi, Mwenga and Uvira Territories).

The latter local media has thus further reported, the presence in that region, of a former colonel from within the national army, who defected to join local defense groups. Early in January 2020, FARDC Colonel Michel Rukunda alias Makanika who had joined the national army around 2010, from a rebel group known as Forces Républicaines et Fédéralistes (FRF-Gumino), deserted from the national army to join Banyamulenge’s local defense group, known as Twirwaneho (let’s fend for ourselves). This desertion has shifted FARDC’s attention and the army, to keep raising the threat arising from the existence of Twirwaneho. The army is campaigning to show, that it must contain Twirwaneho, as it fears that the latter, pose a threat Congo’s national security and integrity. While recent violence has been going on in the Uvira-Fizi-Mwenga Plateau, since February 2019, Twirwaneho has gained local support due to the Congolese national’s army’s failure or complicity, with armed groups that have been attacking Banyamulenge. To a great extent, Twirwaneho and all Gumino groups are smeared as individuals, trying to fill the void, arising from the fragmented national army units of Congo. In Congo, the Banyamulenge are stigmatized as “foreigners”, who have organized local defense groups to halt threats by the Maimai groups, who are affiliated to Babembe, Banyindu, Bafuliro, and Bavira ethnic communities. These communities are self-styled, as ‘autochthons’ communities. From the contestation of the third mandate, of deceased former President Pierre Nkurunziza in Burundi. The Maimai have been reinforced by Burundian rebels, whose mission was to overthrow the Burundian regime. While financially and militarily supported by the Rwanda Defense Forces (RDF), Burundians have largely and actively been involved in destroying this region by specifically killing the Banyamulenge, whose death toll justify reference to genocide. 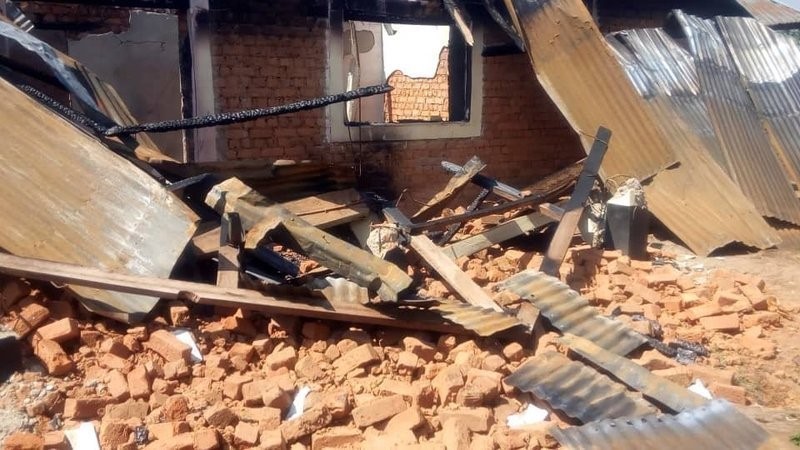 Thirteen local Non-Governmental Organizations (NGO’S), based in this region have written to President Tshisekedi Felix, to call for urgent response over the humanitarian crisis, happening in the region of Minembwe. Since 2017, more than 1200 have been killed, 200 villages burnt down while 165,000 cattle were looted according to reports by local NGOs. Banyamulenge who are cattle herders as well as a minority ethnic group, has largely suffered from this tragedy. While members of this community cannot freely flee to different directions, such as to South-Kivu, as done by other members of their neighboring communities, the Banyamulenge are concentrated in the tiny areas of few villages, such as Minembwe Centre, Mikenke Identity Provider (IDP) Site and Bijombo. In those confined spaces, the Banyamulenge are regularly attacked by the large coalition of armed groups, from their neighboring communities, reinforced by Burundian groups. Besides these regular attacks, the Banyamulenge have been further impoverished, when their cattle were looted, under the watch of the Congolese national army. In addition, the Banyamulenge cannot move from these tiny areas and have consequently been starved. Attempts to access their fields, result in severe brutality. Between the 18th of April to early May 2020, three Banyamulenge women and two men were raped, decapitated and killed, in a two mile radius of the confined space, where they were held as hostages.

On the 18th June 2020, American Senator John Curtis called for an attention of the American mission to the UN, to take steps to protect the Banyamulenge, who have been targeted specifically by Maimai groups, in conjunction with the Burundian-led rebel groups. On the 27th April 2020 and again on the 15th of June 2020, the Banyamulenge people under the umbrella of the Banyamulenge Global Network (BGN) petitioned the UN General Secretary Antonio Guerras, to urgently attend to what is happening to their Banyamulenge families in South-Kivu. Nevertheless, many of these calls and others initiated to enquire from the Congolese President and other officials, continuously fall on deaf ears. The local population in the Eastern Congo, of Minembwe, continues to suffer from this onslaught, such that FARDC proceeds ahead with committing its inhuman acts. FARDC has facilitated the establishment of Burundian groups in this region, since 2015 ahead of the postponed 2016 general elections in Congo. Since their establishment in South-Kivu, the army has once launched a military operation in late 2018, which was consequently suspended for unknown reasons. Seemingly the army has given space, to the armed Burundian groups to operate. In contrast Banyamulenge commanders were excluded from military commands, in these units operating in Minembwe, as an act of disregarding the presence of military officers, from other communities living in that region. This is a ‘Genocide Watch’ case.