Makhafula Vilakazi, Jita from Back Opposite

I have never been a connoisseur nor consumer of the spoken word in any form. In fact, every ounce of bone and nerve that my body is composed of, loathes poetry. I would sit languorously in primary school gawping at the perpetually spirited Mrs Khuthalo [pronounced Kuta-loo by her discourteous, uncouth and abhorrent colleagues] as she gave her lesson on the putatively originative and esteemed William Blake. As she floated across the classroom in varying crescendos of unrestrained excitement, I would wonder why she upheld that kind of passion about a jumble of archaic nonsensical words written by long departed formerly caffeinated prudes with mild cases of erectile dysfunction. I would wonder whether she too was perchance of their long bloodline or whether she only shared their carnal challenges. In the same frame, I would wonder why it was that she was not this floaty and spirited about the likes of Ingoapele Madingoane whose equally ancient but culturally germane ‘Africa My Beginning, Africa My Ending’ I’d heard recited briefly at an after tears jamboree of a local comtsotsi. I would wonder because though distant and written in William Blake’s language, Madingoane’s poem still spoke to the reality of our lives, black lives, in the grimy quarters of this Azania. I had proceeded that afternoon to shout at the top of my lungs “Africa My Beginning, Africa My Ending!” as I spring-walked into my grandparents’ government bestowed abode, imitating the leather-clad strong-armer from the after tears. I naturally did not finish my skit as Makhulu’s backhand sent me ascending to a level markedly higher than the usual, landing bottoms first, as she chided ‘ngizakunyisa jou dood vuil goed!’ wagging her index finger. She did not have to explain, I had broken her proud home’s cardinal rule, never to bring politics into the house, which in hindsight was in fact Hitlerian and a tad senseless [askies Makhulu] considering the climate we were being raised in. As I choked and pulsated from a guilty and baulking howl, yesteryears’ ‘Thina Sizwe Esimnyama Sikhalela Izwe Lethu’ rang past the static in my ears. Of course I could not sing along because firstly, I was in pain and secondly, it was this nonsense that landed me in this state in the first place.

Fast forward to High School, Mzwakhe Mbuli, The People’s Poet is taking his shot at interesting me in spoken word, entwining it with the ever-alluring potpourri of musical instruments but falls short as the turpitudes of our environs catch up with him and see him serve extensive jail time at the Leeuwkop penal facility. Needless to say, this was the end of his illustrious career. Another comtsotsi, hero of our time down the cloacae. Gone but not forgotten, Mbuli had left a new strain of poets budding everywhere in proud Azania. From the loquacious and verbose on indie stages to the new age Kwaito heads, all had found a voice. The grimy locales of our upbringing were suddenly hot currency responsible for a mammoth of breadwinners’ feats. The likes of previously disadvantaged Kwaito poet Dr Mageu, could suddenly call his musical producer a “vuilpop ene studio se five bop”. It was an exciting time. I too had even gone to lengths of jumping on the Kwaito bandwagon as a co-founder of an afterschool ‘bucket and tins’ Kwaito outfit called ‘Ofezela’. Of course, we were never discovered as we only manage performing for our loudmouthed, opinionated and unsupportive girlfriends who rolled on the floor laughing every time we did our thing. Come to think of it actually, it is beyond my comprehension why I jolled with that idiotic Nomthandazo. The Neanderthal once quipped that our outfit was better off singing Isicathamiya with that kind of a name, sarcastic prick. I shudder to think what her husband if any, is going through right now. I digress. 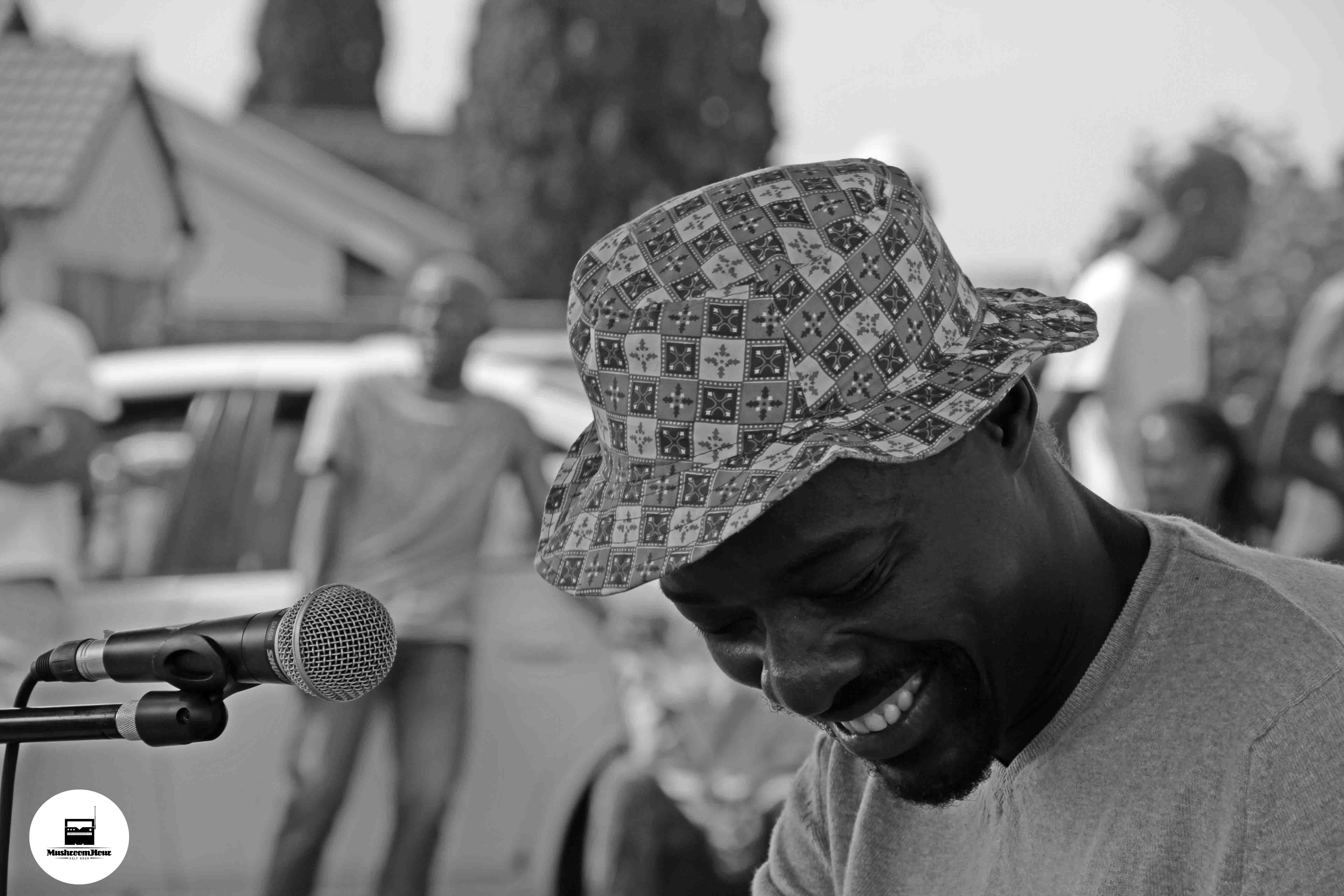 Kwaito took a turn for the better as a spoken word form when insanely gifted poets such as Zola and Mapaputsi fell in the craze. In fact, with their entrance into the frenzy, a new, exciting form of the genre had been created. For the first time in a long while my likes could enjoy culture specific and relatable rhyme that spoke to our experiences elokshini, and of people we identified with. Not this baggy pants 2 Pac ‘yo-yo my man’ nigger culture that had equally began permeating youth culture. As tickling verses of familiar experiences such as “Aksafani nak’dala umuntu angena house to house ecela i-happy” made rounds in lively Azania, I could not help but fall in love with this very much in-tune and relatable form of poetry. Little did I know that in that same period, even this form was breeding a newer, better, raw and an intensely rooted form of poesy from the pens and out the mouths of fellows who appeal to traditional lokshin norms with the allure of simplicity, charm and natural lokshin appeal. Makhafula Vilakazi was one these fellows.

Minding my own business following the dismal take off of Ofezela, Makhafula Vilakazi came into my life like a six-metre surf wave that excites white surfer boys when his ‘Sambrella’ landed on my ears. Written and performed in a fusion of Tsotsitaal, English and isiZulu like all of his poetry, ‘Sambrella’ literally left me open mouthed and blown away. I wanted more, and I wanted to know who this kleva from next door that told these stories familiar to me was. I was excited. His work determinedly depicts township life, love and umherezo while making ends meet, and tackles community ills such as HIV and AIDS, unemployment and crime all the while leaving a relating listener blown away. I then found ‘Samson’ online:

In awe, I wondered at this juncture where Mrs Khuthalo was and what she thought of jitas from back opposite such as Makhafula and their craft; because they are the true embodiment of black excellence. This is what she should have endeavoured to teach to us. She should have been our Whoopi Goldberg in this Sarafina movie we were living.

While I still loathe poetry, I however do not loathe Makhafula’s kind. His kind, the kind he calls Kasie Poetry, I comprehend. I get it for the reason that it tells the story of a fellow or lady I am familiar with. Someone I have seen or heard of during my residence at Makhulu’s. Someone I have met in my walks in this lifetime. Makhafula is thus an important figure in the anthropological, sociocultural and linguistic landscape of this country. A Can Themba of our time; a national key point akin to Waterkloof Airforce Base. It is for this reason I implore you dear reader, to make time on Saturday, 26th October 2019 to visit the Soweto Theatre for Mandela Is Dead, and witness crowds and walls being moved by this giant, a Nongoloza of our time.