The Problem with Vusi Thembekwayo and Darkies Like Him… Vusi Thembekwayo has a triggering personality. I once worked with someone who looked up to him. Although I don't know him personally [thankfully], the aspirations he represents are familiar — deeply capitalist, patriarchal and condescending. When spouted from the ivory towers of bland suburbs like Midrand, his verbal diarrhea might come across as highly progressive, and even intelligent. You will find yourself nodding in agreement, going, 'Yes! It's true, bra Vus'! Preach brother...' But let's understand why this type of darkie is dangerous, and why we ought to take most, in fact, all of what he says with a pinch of salt. A meme joke is going around calling him 'The Bushiri of Economics'… and while we laugh, let's remember the popularity of people like Bushiri across the African continent.

Vusi is a capitalist in an unambiguously deceitful line of business. He will make you feel as though all you need to do, to get to his level, is simply to work harder, and smarter. He will gaslight you into believing that all you need is a mindset shift; to access parts of your brain that generate wealth. However, the capitalist agenda does not represent our freedom as Black people. Economics are a vital component thereof, yes — but it's not an all-encompassing priority. As Black people, our issues are systemic — and to go around saying that 'Black people aren't ready for freedom' is an oversimplification of a problem that's faced us for well over 400 years. Our problems as Black people in South Africa begin in 1652, when white settlers decide that they will take our land, rape us, kill us, and implement laws that will govern through the end of time. Even with the shackles of apartheid removed, we are still trapped in the systemic, racial divisions created by apartheid. A simple example would be the Group Areas Act, which continues to dictate where we live. In fact, we've grown deeply attached to our ghettoes and bantustans. We call them our homes, and we are damn proud of them. As Black people, this is our superpower — everything we touch turns to gold; we can change and adapt to any circumstance and somehow find our bearings. Even Thembekwayo himself is a product of this undeniable ‘Black magic’. 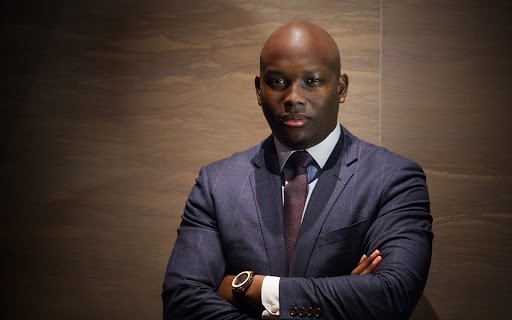 In order to understand the future, we need to constantly reflect on the past — because history repeats itself. Saying that Black people aren't ready for freedom is disrespectful to the legacy of Bantu Biko, to name just one person who was blatantly disrespected in that video. We are psychologically and psychically scarred by the senseless deaths of people at Vlakplaas and other places and times in our history. All you need to do is a YouTube dive into The Truth and Reconciliation Commission, to understand that we have been ready for freedom for well over 400 years. The problem of greedy politicians is one we can all agree upon. The establishment of innovation hubs in rural areas has its benefits, but it's really ridiculous to believe that it will address the systemic issues Black communities face. Silicon Valley mindsets will not free us, because they are offshoots of capitalism. Believing in and defending Thembekwayo as the next president, based on his success as a businessman, is pure and utter garbage. This is not a path to true liberation; it's as naive as believing you will grow R200 into R2000 on a WhatsApp stokvel.

Thembekwayo's self-aggrandising Headboy mentality is what allows him to boldly proclaim we aren't ready for freedom. This diminishes any and all efforts towards freedom — for Black people are working tirelessly on food gardens in townships, on community projects to uplift, women and queer activists fighting gender-based violence, people addressing land redistribution, ndibala ntoni na! We are very busy, thina, at a grassroots level. Yes, corruption is another key reason why most us continue to live in derelict poverty — but our issues go beyond mere job security. In light of the pandemic and the effect it has had on the poor, I'd like to see someone like Thembekwayo part with a million or two — for food and gardening parcels for communities. Absurd, right? Yes, just as absurd as saying Black people aren't ready for freedom.

The pandemic has shown us the need to focus on our communities, as Biko points out in his essay, Fragmentation of the Black Resistance, which addresses the question: 'Just who is regarded as representative of Black opinion in South Africa?'

In this essay, I believe Biko was anticipating and warning against the current predicament we find ourselves in, as South Africans today — where even so-called leftists are part of the problem of corruption — all in the name of ‘working within the system’ to free us. Here, Biko highlights the value of community work, to promote 'the spirit of self-reliance' and resistance to systemic violence.

There is always room for resistance — room to recycle a few seeds and start a food garden; room to continue protesting; room to help older women organise; appealing to the consciousness of greedy pigs among us to remind them of their corruption; room to sign petitions; room for being an ally from a place of privilege. As Biko writes, 'there is a lot of community work to be done in promoting the spirit of self-reliance and Black consciousness among all black people in South Africa'.

Working within the system is no longer an option, for true freedom and self-reliance to be achieved. Let Biko's words sink in when he writes, 'Granted that it may be more attractive and even safer to join the system, we must still recognise that in doing so we are well on the way toward selling our souls'.