Untitled Basement is honoured to host the legendary Madala Kunene for two nights on the 21st and 22nd of November 2019.

Madala Kunene (Bafo), commonly referred to as the king of the Zulu guitar, lives in a house in the middle of a newly gentrified suburb just outside of Durban in the South African province of KwaZulu-Natal. He is often described as an Mbaqanga or Maskandi artist—something he personally hates. Kunene is an artist who is constantly shifting between musical habitats. He has no interest in genre specifications and prescriptions. Instead, his brand of blues operates in an opaque space where cool Jazz, Maskandi, Mbaqanga, and a myriad of East Coast blues intersect. 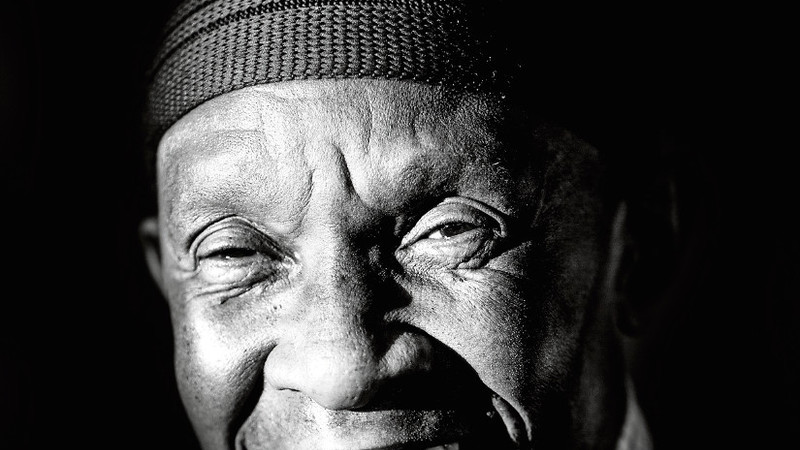 “I grew up listening to a lot of Duke Ellington and The Beatles. Even then, I realised that this music was from elsewhere but that it also had bits and pieces and sounds that I could recognise from my own life. And that was liberating because it allowed me to merge things from different sounds that I liked, giving me ownership of that process.” This merger of sounds is something Kunene has dubbed “The Madalaline.”

Kunene is best known for his 1995 debut album Konko Man.

“It was an expression of how I was at the time and my views on a lot of things. I am surprised by how people still look to that album as a blueprint for my sound,” he says.

Konko Man sounds and feels like both the start of something (post-Apartheid feelings of isolation) and the end of 1980s Zulu throwaway pop. It’s also the most powerful record in Kunene’s recorded discography. It’s the kind of album that tends to come out when a musician has spent years preparing for it.

There’s more to this legendary story than the text can describe, and this location is too short to speak on complexities and nuances that is manifested when Madala Kunene performs.