Just as in the case of the Marikana Uprising, one of the things that the outbreak of the Corona Virus has laid bare is the nauseating detachment, ignorance, cowardice and downright cruelty of Black people (like me), who are strangely classified as middle class. Something that some euphemistically describe as 'Black privilege'.

Even though we have a comparatively greater access to some level of resources, we in the so-called Black middle class are generally content with providing detached (and sometimes irrelevant), analyses of societal problems, from the comfort of our social media accounts.

In fact, we rarely stand up in the face of injustice against our own kind, risk like our forebears did on our behalf or contribute our time and resources to the quest to find practical solutions (especially to the problems of poor Black people). Yet we love passing negative judgement on those Black people who periodically and sincerely stand up and protest on behalf of all of us.

Many of us would rather use our resources for the narrow benefit of our immediate families, those in our social circle or to engage in infantile displays of 'wealth' among each other, on social media platforms and exclusive bourgeois gatherings. Something some of us strangely call 'Black excellence'. 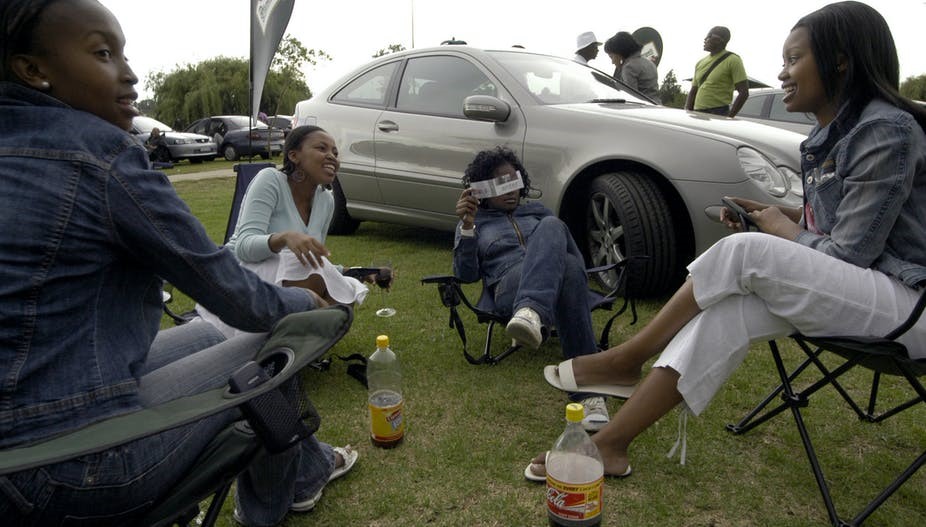 Do we really think crude individualism can guarantee anybody's long term survival in a context that is characterised by vulgar, pulverising and violent anti-black social inequality?

In my view, the phenomenon referred to as the Black middle class (a deliberate creation of western capitalism), is the biggest obstacle to meaningful Black progress in South AfriKKKa and this is because deep down, many of us who are so classified, don't really wish to uplift our own kind (even though we often say so).

Our instincts and concomitant life aspirations revolve around us finding ways of assimilating into the higher echelons of the white bourgeoisie. I don't expect us all to admit to this and are likely do what we usually do, dismiss any critique of our value to our own people as others being jealous of our achievements.

To be honest, the indifference and bourgeois tendencies of those of us who are classified as the Black middle class in South AfriKKKa, just makes me sick. Our indifference and bourgeois tendencies serve as the perfect lubricant for the continued exploitation, suffering, daily death of thousands of Black people and the general erasure of Black issues from so-called mainstream discourses.

The outbreak of the Corona virus (whatever its genesis), provides us with yet another opportunity to take a good and honest look at our condition as Black people in South AfriKKKa. And from this, decide what practical and sustainable things we need to do together, in order to ensure that we end the shame of Black people being a race whose existence is defined by a permanent state of vulnerability. I hope that, in the least, we will use the COVID-19 imposed Lockdown to engage in some honest introspection as Black people. We need an honest Black family conversation bakithi.