Slaapstad was never ready for what’s about to hit them! Daai Deng – a moving experience is hosting their fourth installation at Greatmore Studios in Woodstock on 29 May, with legendary headliners Makhafula Vilakazi and Niko10long. 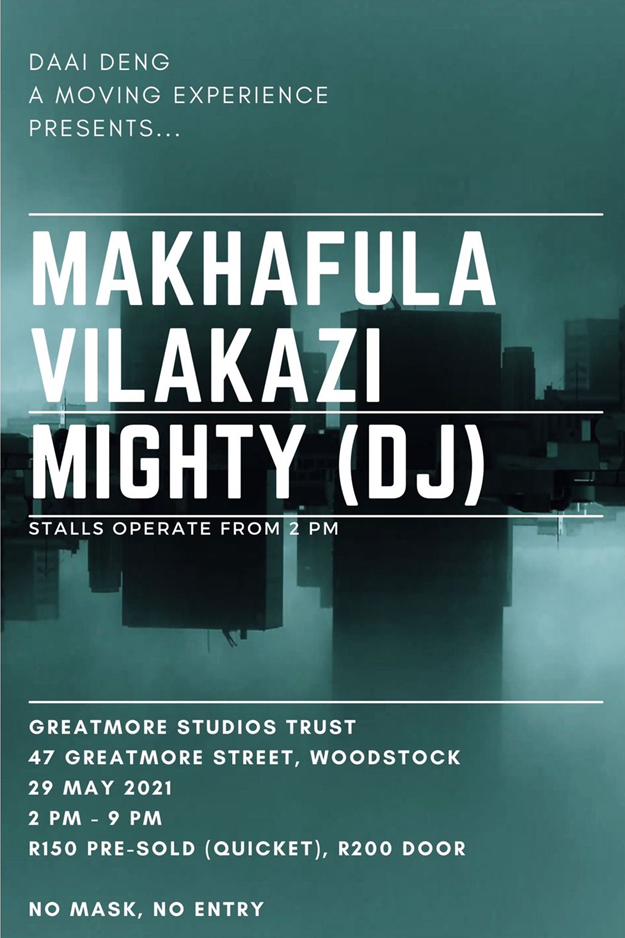 Daai Deng is a local, black-owned organisation established by Allison-Claire Hoskins and Phurah Jack in 2020, creating space for established and up-and-coming musicians, theatre-makers and poets to feature their work alongside entrepeneurs exhibiting their products. Daai Deng is a moving market that gives the people what they want. Asked about their reasons for starting Daai Deng, the founders state that “there is power in bringing people together and creating platforms for creative expression. We want to create income for ourselves and others”. In the midst of the pandemic, many artists have lost significant sources of income. In this context, Daai Deng helps to breathe life back into our industry by fostering collaborative, black-centred spaces for creative expression and appreciation while stimulating the local businesses and initiatives. Daai Deng also supports NGO and humanitarian work, including LGBTQIA+ member Lonwabo Jack’s funeral (Nyanga), Vuka Ntombi Child Center (Langa) and the Bathande Children’s Reading Club.

The first headliner on 29 May, Makhafula Vilakazi, is a celebrated poet, performer and musician who mixes Tsotsitaal, English Zulu and Sotho to uncompromisingly depict experiences of township life. His work addresses contemporary issues in black consciousness thinking, as evidenced by his second album “Concerning Blacks”, which was recently released to critical acclaim. One of the collaborators on his album, Kokesto Poho, will also be performing alongside Makhafula. Kokesto was a frontline singer during the FeesMustFall protests in Jozi and will fuse his signature struggle songs with Makhafula’s poetry. The second headliner, Niko10long, is a famous Afrikaaps rapper, MC and indigenous herb entrepreneur. Hailing from Wesbank on the Cape Flats, Niko10 is a street god and has released two albums, “LONGontsteking” and “LONGjevity”. A musical documentary about his work, “The unseen ones”, has been screened both nationally and internationally.

Joining these headliners are the wordsmiths and musicians iNdlulamthi, Way to Way of the Light, Kitso Seti, Lauren Hermann, Nobuhle Ashanti and DJ Mighty. Stalls on the day include Ukhamba Beerworx, Nathi Coffee Shop, Krystal Gem, Zviko Jewellery and Sbabalo Organics as well as food and clothes. Doors open at 14h00. Tickets R150 at Quicket, R200 at the door. No mask, no entry. Daai Deng can be contacted at daaideng1@gmail.com, via Daai Deng’s facebook page and @DaaiDeng2021 on twitter. Pull through peoples! Let’s support local artists and entrepreneurs! 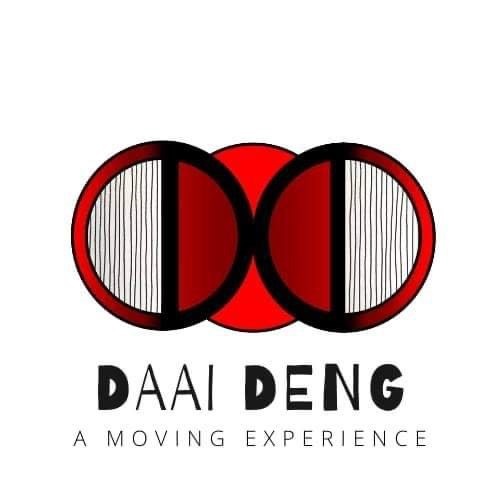