As part of women’s month commemorations, it is fitting to remind ourselves as a contemporary South African public, about the poem penned by the ‘Prophet of Marabastad’ Es’kia Mphahlele, entitled Tribute to Zodwa Veronica, a Great Woman. It is acknowledged that the Steve Biko Foundation and University of Fort Hare, were responsible for organizing the occasion, where Es’kia Mphahlele read the aforesaid poem, as part of his public allocution entitled Sobukwe, Man of Africa: Robert Mangaliso Sobukwe Memorial Lecture (March 25,2003). In brief, mama Zondeni Veronica Sobukwe (nee Mathe), was a political activist and health practitioner. Amongst her rare notable accolades, include the South African government’s Order of Luthuli in Silver, bestowed on 28th April 2018. She was born on 27th July 1927, at Hlobane in KwaZulu-Natal and sadly died, on 15th August 2018 in Graaff Reinet, Eastern Cape. Arguably readers should realize, that the significance of this poem, is that it forms part of the “reconstruction of our history as a mouthpiece of the truths that elevate us and reaffirm us” (Mphahlele, 2004:357).

I see through the window of my mind, millennia upon millennia of African women:

droves and droves of them have walked this earth and toiled,

babies on their backs, clay pots, firewood on their heads.

When the reds and the pinks gunned us down, wrung our necks in the noose of their civilization- that is when we lost our innocence.

In our time a man was born to this nation, Mangaliso Sobukwe.

He had a dream that would not let him be - amid so much pain, so much longing, so much history dripping centuries of blood, the heavens themselves must have screamed: a dream to seek and restore, that sense of ourselves.

That proclaims a people’s selfhood, echoing from hill to hill down the ages, from rim to rim of this planet. You were there with Mangaliso, Mother Veronica ever ready for him to draw the vigour, succour from the family warmth that only one can know in his woman’s embrace, a million times reassuring. You were there with him, Daughter of Africa, at the banging and clanging of prison doors and gates, there in the busy wards where your man lay, listening to the ravaging beat of his pain.

The ebb of the flow of life from a body, always waiting for someone’s paper work, someone counting time for a man’s life, he would never grasp. You had been there to witness it all - man fixed on a course, to set black humanity free: a man breasting his feet on rocky road, from college to stockade to the end of his life.

Then at last, daughter of Mathe, the sun came out for you and your children blazing from above the eastern skyline, lighting your way through the darkness of your journey.

Always you were reminded this- that no-one in all of savage Christiandom could break your man’s mind or spirit, or trample on sanctity of your home- divine gift of the supreme One attended by the ancestors.

We salute you, daughter of Africa, devoted wife and mother who turned pain into an ever-glowing shrine, the full shadow of your man on the wall above your head, while you pray. And look, children of Africa - the soothing modesty of that Sobukwe smile leading defiant crowds: not riding tanks of fire but pushing frontiers of courage, faith, a people’s love - the smile that speaks in many tongues! You were always there, Mama Sobukwe, waiting. The sun, our elders teach us, shines on all of us, Mama, bears neither envy nor spite for anyone. 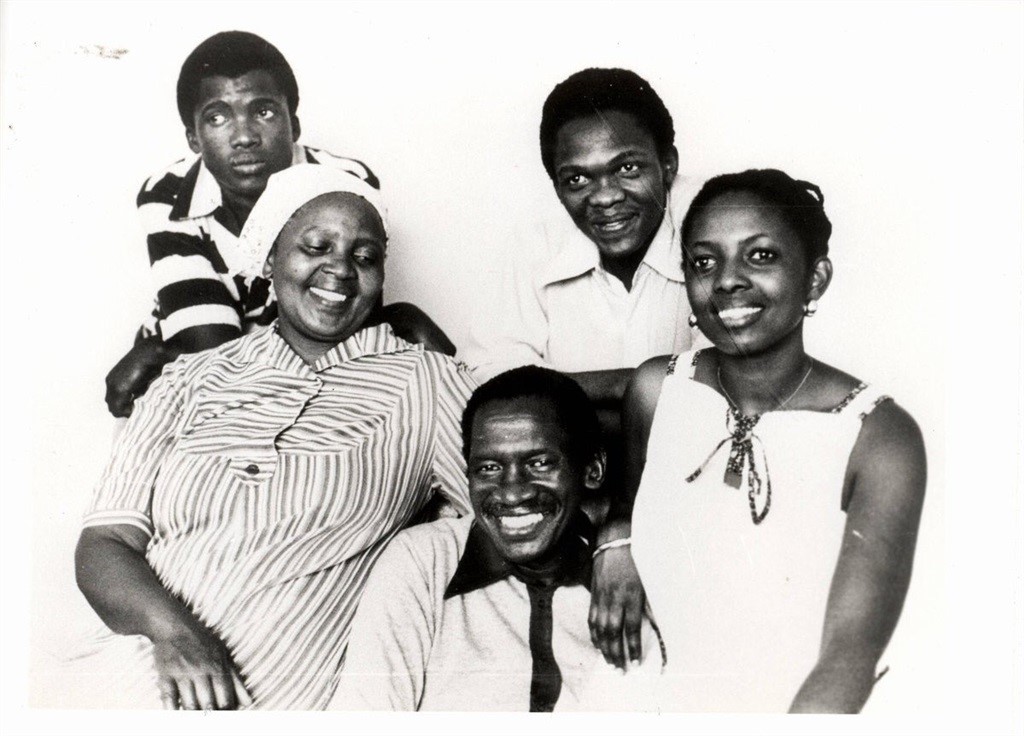 Like so many other South African heroines, I opine that not enough efforts have been made, to prioritise mama Zondeni Sobukwe’s life-story, as one of South Africa’s shining examples, who persevered amidst the fierce stranglehold, imposed by the Apartheid regime. In the unfortunate absence of her autobiography, one wonders how long will our local South African and international public (s) have to wait, before we can hear of a biography or biographies, as observed from the rhetoric of other selected heroes and heroines? I argue that owing to her role in our body politic of the history of the struggle in South Africa, the latter question ought to be read, as one that is quite telling, for all of us as current beneficiaries, whom are enjoying the post-1994 ‘democraziness’ in South Africa, with all its shortcomings notwithstanding. If indeed we are not careful, such gross negligence of failure to recognize the critical political roles played, by stalwarts such as mama Zondeni Sobukwe, we then ought to be aware, that such laxity embarrassingly will further contribute towards our historical amnesia, which finds expression in our failed readings, categorized as part of post-1994 democratic South Africa. This is instead of exploring the complexity of a ‘post-Apartheid Apartheid state’ in Africa. Meaning that as colonised South Africans, we should begin to realize the fallacy, in the prefix ‘post’ in post-Apartheid, in reference to a country governed by misleaders, who confuse the processes of ‘transformation’, with those of ‘decolonisation’. Mindful of the passing of mama Zondeni Sobukwe having been in this month of August, I can only hope that the resurgence of the aforementioned tribute poem by Es’kia Mphahlele, would be echoed, as part of the following restorative mantra - malibongwe igama lamakosikazi!!!