This two-character film explores the relationship of Malcolm & Marie with characters, Malcolm (John-David Washington) and Marie (Zendaya). It opens on their return from Malcolm's latest movie premiere. Throughout Malcolm & Marie (2021), the couple have a series of arguments about various factors within their relationship.

There are two issues explored in the film. The first central issue being the beautiful tragedy of romantic relationships. The second minor issue is how film interpretation is subject to identity politics.

On the first issue the two characters, through a series of intense dialogue, unpack much of the underlying issues in their relationship. Marie expresses her annoyance at Malcolm for forgetting to thank her at his movie premiere. This is where the central action starts. This particular argument is succeeded by a series of many more.

In these, the two characters psycho-analyse each other revealing the other’s flaws and shortcomings. Malcolm expresses to Marie that she is unreasonable as she takes a minor infringement (such as not thanking her) and makes it seem more dire than it is. In the infamous bathtub scene, after detailing many of his sexual exploits, Malcolm proceeds to state that Marie is damaged inside as she enjoys being hurt.

He holds that the part of his movie based on her (Iman, the main character in his film, resembles much of the hardships Marie went through) is the one highlighting tragedy. He claims that Marie wants to break him down to the point where he needs her to live. According to him, she does this because she cannot believe that he would truly love her just for her.

Marie throws punches of her own claiming that Malcolm used her for his story because his privileged life does not afford him the hardship needed to make a compelling film. She goes on to say that his film is mediocre and would have been 'authentic' had she been in it. She continues to express her dissatisfaction at not being cast in the movie. He, unlike her, was able to share their story. She feels robbed of the opportunity to do so, claiming it was "spiritual theft". 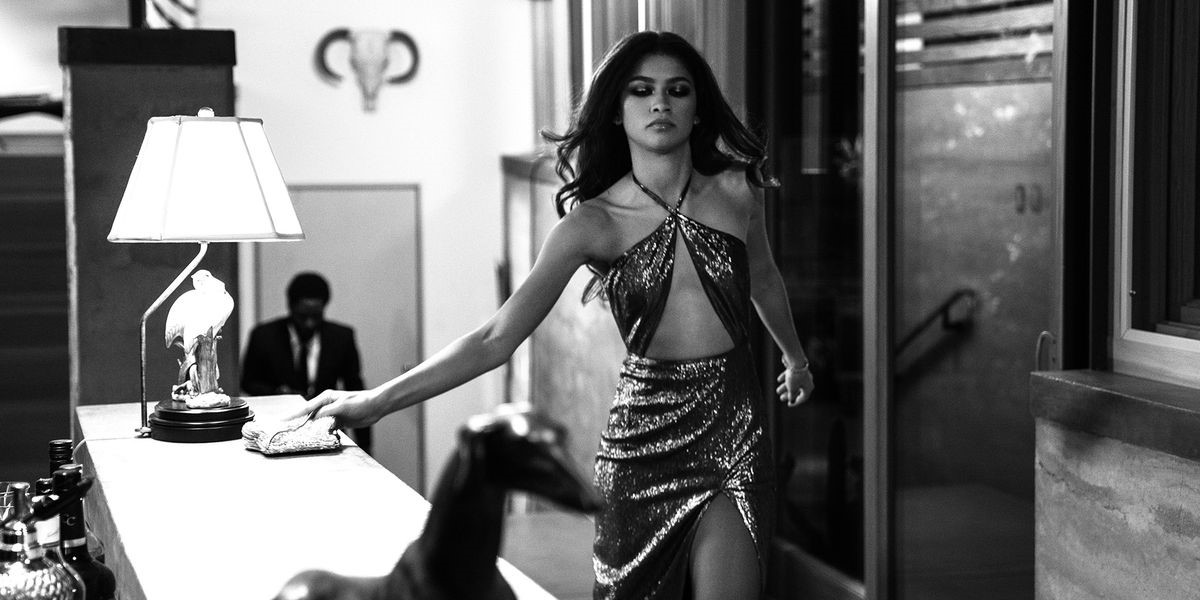 Marie (Zendaya) arrives home with Malcolm (John-David Washington) at the start of the film.

It is easier to paint Malcolm as the villain of Malcolm & Marie, but the film is simply a live illustration of the beautiful tragedy most romances experience when the perceived reality of one person is a fictional tale to the other. There is a classic inability to see the other person’s side in an argument. Or even worse, there is a compulsive need to ‘win’ in an argument instead of finding a compromise.

Marie, in her final monologue, confronts Malcolm for all the times he has taken her for granted, revealing how underappreciated she feels in the relationship. From this point, the viewer sees that the biggest issue in their relationship is their lack of communication and how the one does not pay enough attention to the other. These can be seen as universal flaws in romantic relationships.

The beauty comes from the hope that with effort and care the spikes of turmoil in the relationship can be mended. The tragedy comes from the inescapable truth that humans do not really change, at least not their essence. So their spikes will more likely be sharpened. This is evident in how several fights later, at the end of the movie, Marie is still pleading with Malcolm to thank her as she pleaded in the first few minutes of the movie. 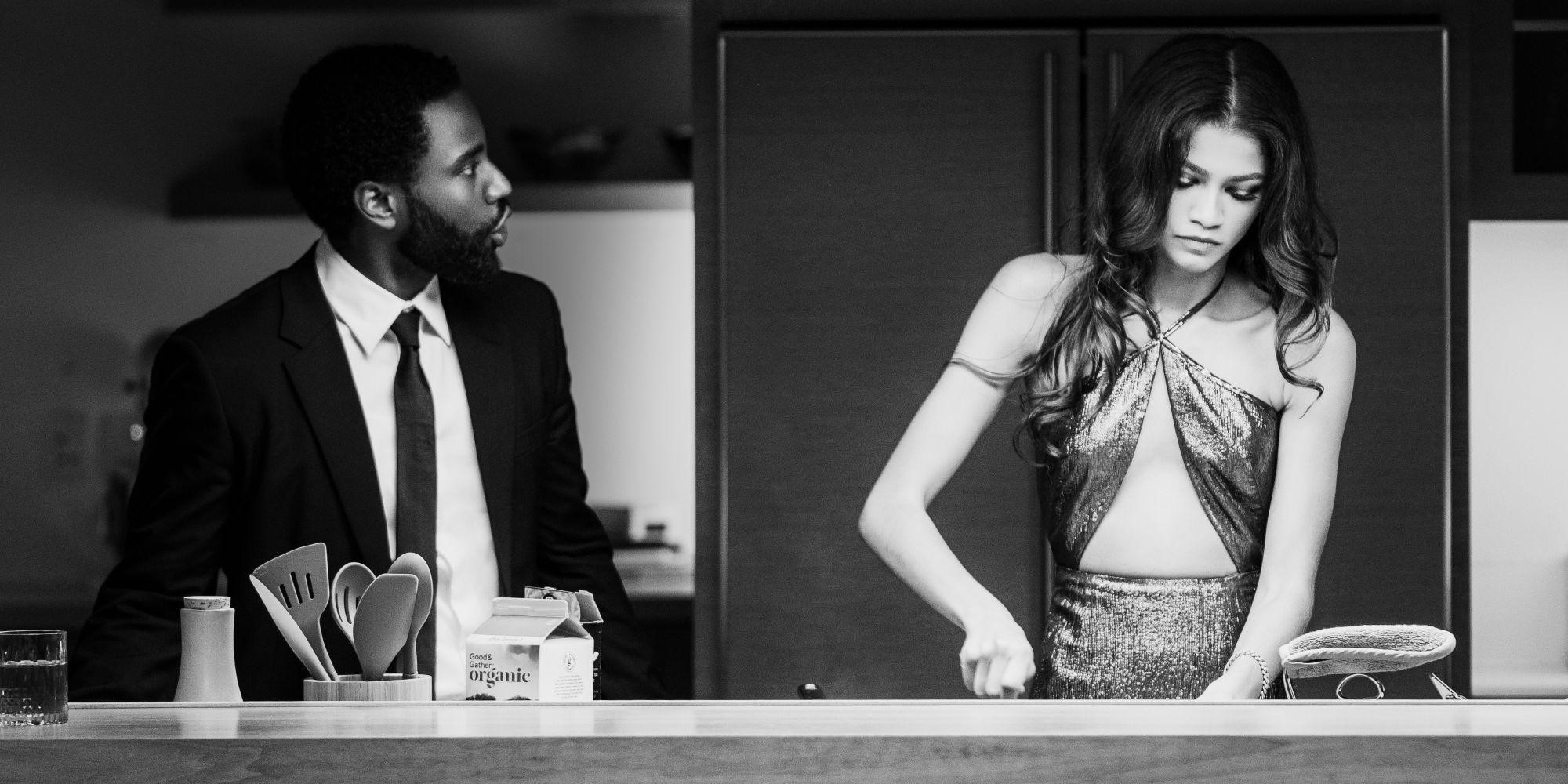 The second issue in the film unpacks the interpretation of film and its identity politics. Malcolm’s rant about the review his film received from a white woman of the LA times allows for a segue into a discussion about the politicisation of film.

This directs a bigger question to be answered by society. Does the interpretation of a movie depend on who is in the movie and who made the movie? That is to say, if Black Panther (2018) was directed by a white man instead of Ryan Coogler, would it still have presented as a unifying symbol for Black people all over the world? Or if Coogler was interracial? Would that have had a noticeable impact on the overall atmosphere of the film?

Malcolm goes on to poke fun at the LA times film critic who had expressed how he subverts the one trope, because he is black, but being a man, he falls for the other and sexualises Iman, the main character in his film. Take for example how the movie Music (dir. Sia) has received scrutiny for not subverting harmful tropes about people living with autism. Additionally, the title character Music (Maddie Ziegler) has been accused of representing people living with autism in a one-dimensional manner devoid of complex emotions and mannerisms. It is not far-fetched to assume that the film would have received very different reviews if the demographic that the film seeks to represent made the film. 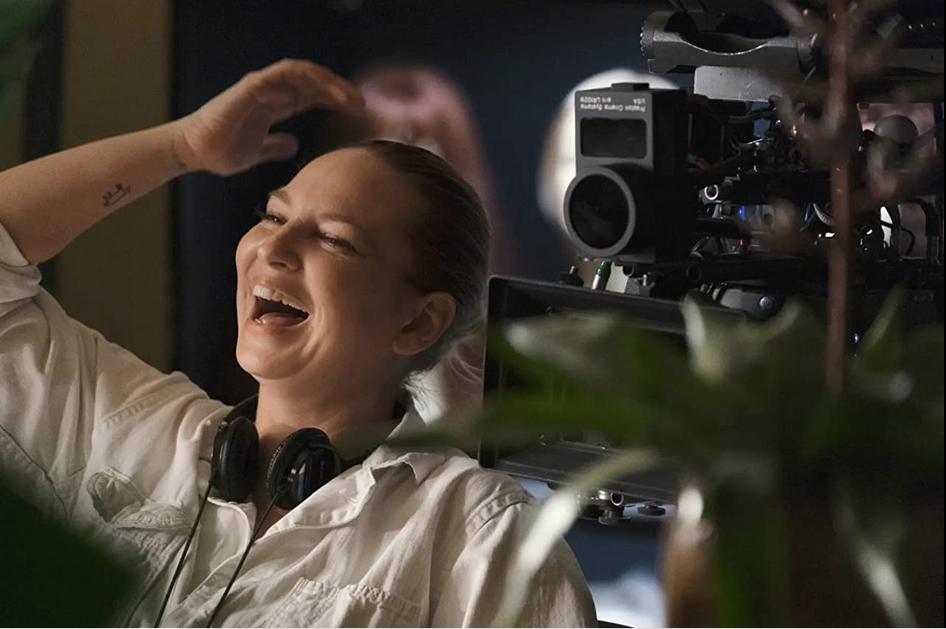 However, that is not to say that black filmmakers cannot themselves make harmful movies about the black community. Or that queer filmmakers cannot make regressive films about their community. There is no definitive way of knowing how a project will turn out based on who made the film. After all it was a white director (Steven Spielberg) who directed one of the most acclaimed ‘black realism’ movies of his time The Colour Purple (1985). Based on (Alice Walker's) novel, the film set in the 1900s depicts the joy, hurt and trauma that plagued the African American community. The brilliance of the film is in how Celie (played by Whoopi Goldberg) experiences a character arc. At the beginning of the film, she is the victim of abuse by her husband. Later on, she herself is an enabler when she encourages another man to hit his wife to ‘teach her her place’. This form of complexity in a character was rare for a black woman on screen at the time.

And it was a white man (Ridley Scott) who directed Thelma and Louis (1991), rightfully dubbed as a frontier feminist film in Hollywood. Where two best friends are confronted with an unfortunate situation that forces them to go on the run from law enforcement. The two female leads at the end of the film decide to drive off a cliff instead of getting arrested by police. The world was so oppressive for women that they chose ultimate freedom in death.

ALSO READ: Blood & Diamonds: The Exploitation of Africa in Cinema

The black and white picture of the film seems a curious choice when considering the script of the film. Black and white is often associated with simplicity and clarity. In the film, however, much of the ideas and experiences vocalised are complex and dynamic.

Due to there only being two characters in the film, the audience can only rely on what the characters say about each other. There is no supporting character visiting the couple that plays the observer to both characters. Therefore, when Marie claims that Malcolm is ungrateful the audience has to believe it. Or when Malcolm vocalises that Marie is irrational, the audience again has to take it at face value.

The most accurate description of the film is that it was necessary. It opens up the conversation to many important societal questions about romantic relationships and the film industry. In many ways it acts as a college professor. The film unfortunately has none of the magic or pizazz needed to label it a cinematic masterpiece. Besides the script being very academic and feeling unnatural, the film itself is simply too linear. There is no room for the audience to imagine for themselves what the universal message could be or what the inner tensions of the relationship are either. The script is too direct, which in many ways makes the film one dimensional and devoid of heart as I am sure that LA times film critic would agree.