For many South Africans, the words “izikhotane” or “material culture” conjure up images of lavishly dressed young men and women dancing and flaunting various luxury items from clothes to alcohol brands and even the quintessential South African desert, Ultra Mel custard. From what many have perceived to be an obscene display of extravagance, a whole new community and subculture, traversing music, dance, and fashion, has emerged.

Like most subcultures, the origins of izikhotane are highly disputed. However, one group, from arguably South Africa’s most infamous township, Soweto, has managed to not only solidify their spot as pioneers of iikhotane culture but also commercialise this seemingly juvenile and destructive art form. 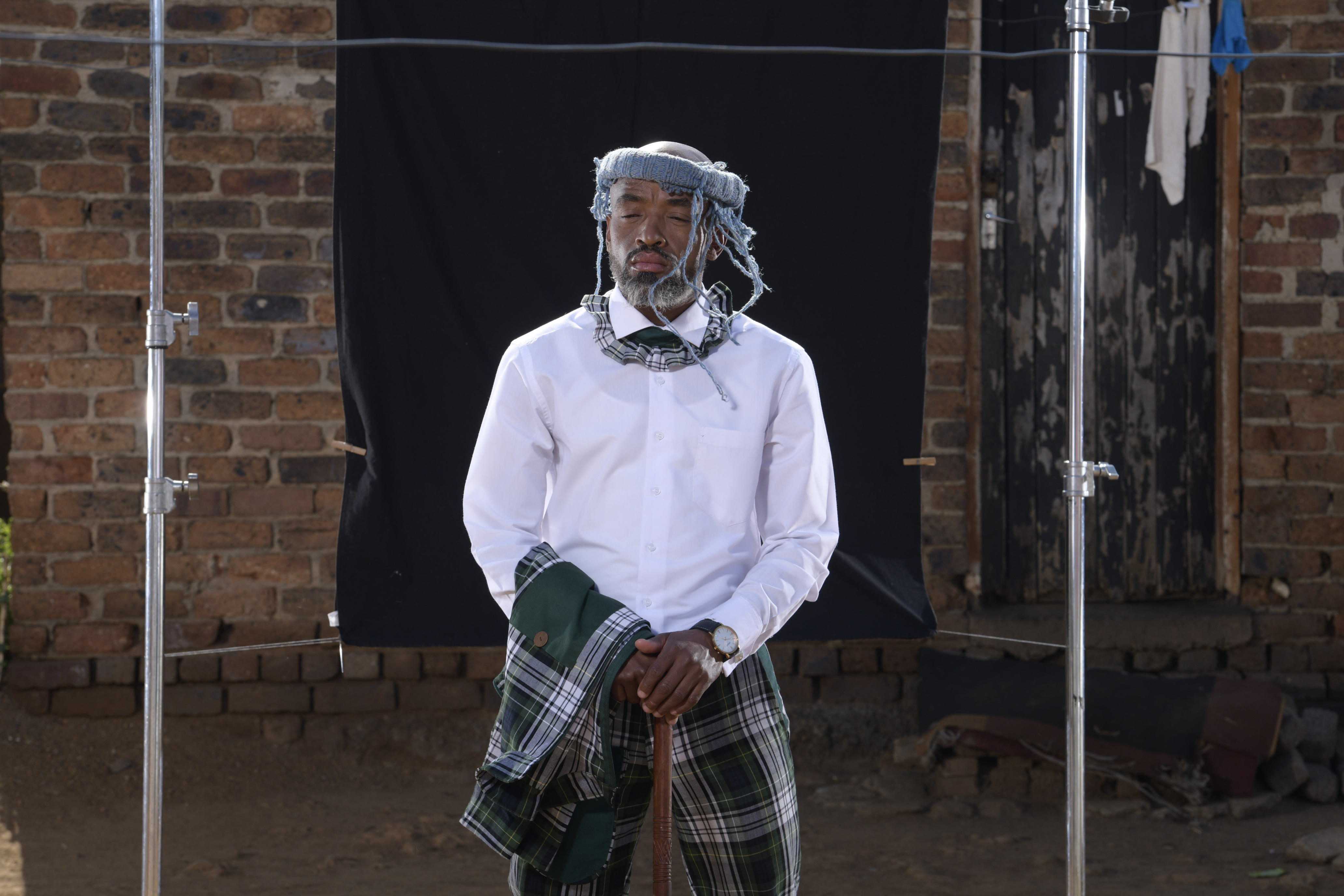 Led by Vaal born Tshepo Pitso, or Material Don Dada as he’s known to his 243K Instagram followers, through self-documentation and social media, the Material Culture crew have been able to elevate themselves to both national and international acclaim.

By hosting Sula Africa, a quarterly gathering of iikhotane at Soweto’s Thokoza Park, Don Dada and various members of the Material Culture crew have tried to eliminate rivalry and divisiveness amongst iikhotane by creating a space where various iikhotane crews and supporters of iikhotane culture from all over South Africa can come together to dance, flaunt and most importantly celebrate this ever-evolving cultural movement.

It’s through this kind of awareness and foresight that Material Don Dada has been able to not only establish himself as a leader in izikhotane culture but also commodify his lifestyle by securing various partnerships and endorsements, including the opportunity to design his own clothing range for popular Italian retailer, DMD Muracchini Linea Italiana.

And so, it’s no surprise that in addition to their travels and accomplishments, the Soweto based Material Culture crew has landed themselves a new reality tv show on DSTV’s local channel Mzansi Wethu. Having flighted the first episode on July 6th, 2019, the self-titled reality show, takes us into the lives of Don Dada, his younger brother Kabelo, internet sensation Killer Kau and the other members of Material Culture.

In the first episode, as the crew heads to Durban for a Gqom concert, the glitz and glamour that usually personify izikhotane are somewhat subdued as we get a behind the scenes perspective of what it really takes to get ready for and participate in a Material Culture performance. The first episode also allows us into the unexpected but common personal anxieties around love and financial security that izikhotane, like many young people, face. Crew member Tsetse Rooi is under pressure from his mother to find employment in order to sustain himself and his young child. In an effort to prove to both his mother and girlfriend that he takes his fatherly duties seriously, Tsetse sacrifices what would have obviously been an expensive pair of shoes for a cot and stroller, a surprise that leaves his young girlfriend in tears (everybody say, awww). 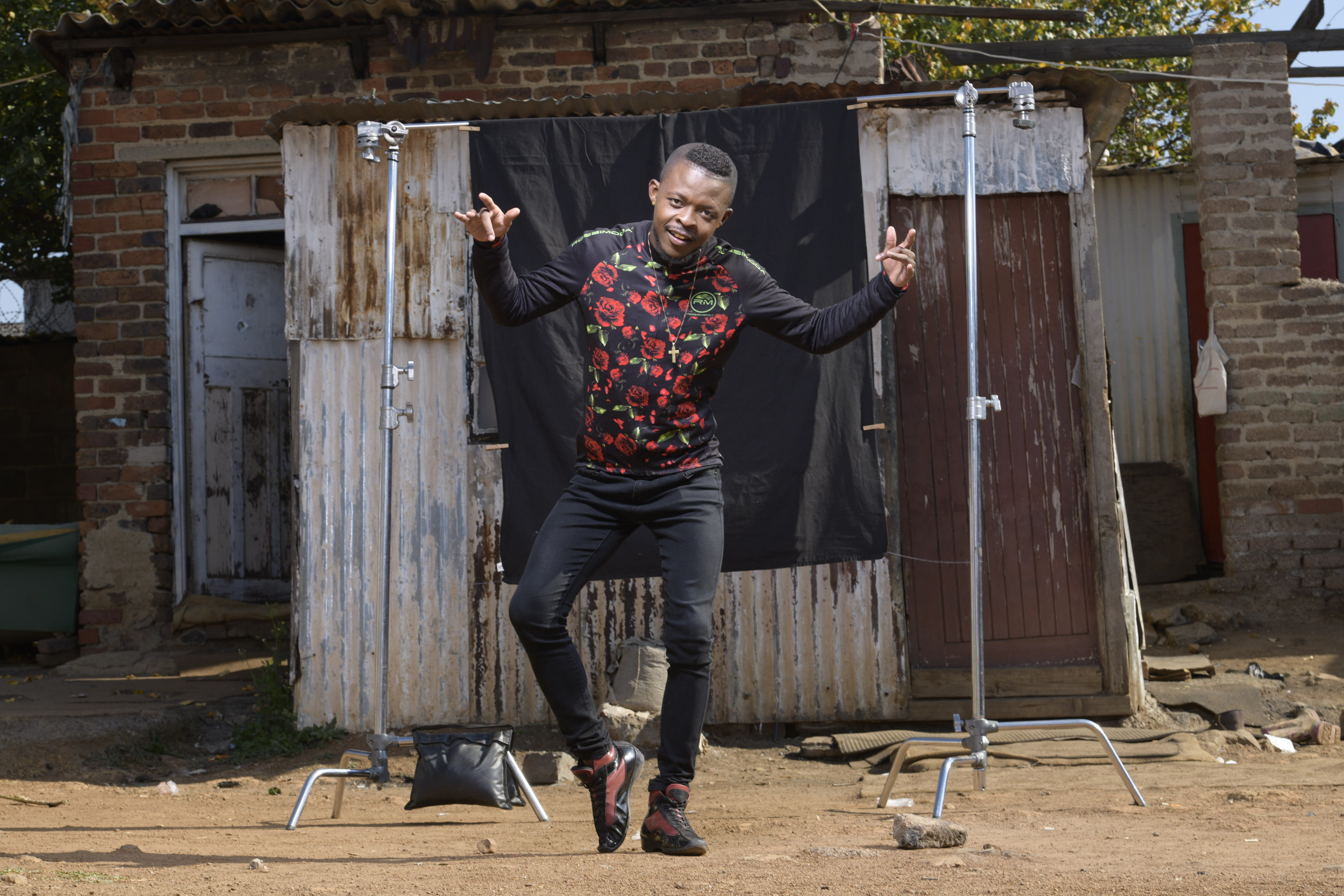 The second episode introduces us to other members of the Material Culture crew, including Qwesta, who despite seeming older than Don Dada, implores Don Dada’s advice and leadership on a personal matter. Qwesta, who through izikhotane culture has been able to reform his criminal ways, wants to right wrongs of the past by apologising to one of his victims, a matter on which he seeks Don’s guidance. We’re given another glimpse into Don Dada’s role as a leader in the crew when certain members are unable to secure outfits for an upcoming appearance. Following Qwesta’s plea, Don now has to assist and ensure that all members of Material Culture are in tip-top shape for their impending performance.

Unlike most of South Africa’s reality TV shows, Material Culture transcends the need to portray a life of luxury as constant, instead, the show juxtaposes the good and the bad, the poor and the rich. It serves not just the good fun times, but the hard and often heartbreaking ones too. In one frame, we’re able to be transported into a world of contradictions, a world that is as equally filled with glamour as it filled with sacrifice.

While it’s still early days for the reality show, one thing is clear, izikhotane are no passing fad, they’re here to stay, survive and look good while doing it. Beyond the flamboyant threads and dance moves, Material Culture, as a TV show centralizes brotherhood and the audacity of believing in oneself as survival.