Dhafer Youssef’s voice cascades out of my speakers, lit incense placed into holder, I sweep the floor and unroll my mat. Its blue, worn at the bottom and top end. Ironically this three year old tired mat of mine is from a brand called “EVERLAST”.

A traditional healer unrolls his moseme and directs prayers to his Ancestors. In a mosque, my Muslim brother unfolds his sajjadat salat and bends his knees gently placing them on the mat in time of prayer. A sadhu gets onto a pile mat and lifts arms to the sky saluting the sun. Mats play a role in prayer not only as a form of creating a sacred space when one shifts into a different level of awareness, but also for practical reasons. In the olden days yogis concentrated on yoga which was concerned with breath control, and Raja yoga which refined the practitioner towards living a highly moralised, spiritual and ethical life. These meditations where done either on bare earth or animal hides as the meditations did not involve a lot of movement. Later on when yoga evolved to include Asanas that of movement and different stances was there a need for more stable surfaces. Pile mats or woven rugs were used by some yogis while others still avoid mats and do yoga on earth as I have noted some Sadhus do. The tricky part about these mats was that they didn’t’t provide the proper grip for soles during the postures where one needs firm grip; I myself started out using a brown towel that would move around during the sun salutation. This would trigger my OCD self to want to stop and straighten it out so that it’s flat when I return to my mountain pose.

In the 1960s an interesting shift happened when foam carpet underlay was then used as a yoga mat. They are called sticky mats and can be quite helpful in terms of grip yet the problem arises when they get in contact with sweat. They become slippery and they wear out as mine has. Regular usage will have the top and bottom part flaking off and making the mat thinner and washing the mat requires one to use a gentle cloth because using a brush will wear it off more. Later better yoga mats were created that don’t weather, don’t flake and degrade easier when thrown away.

When looking for a yoga mat one looks at 3 things mostly which is the right kind of grip, cushion, and stability, while others can even go as far as how easily degradable they are when you throw it away. Yoga mats can easily be found in the sports equipment section of most major retailers. One thing to look for when you do more rigorous Bikram yoga that will have you sweating in a room set at 35-40 degrees Celsius is to look for one mat that is thick and absorbent. The thickness and cushion helps with instances where one needs to jump, and the absorbent trait will lessen the slippery surface when one needs to hold postures; you will get one which is 6 mm thick yoga mats. For less active yoga you can get the thinner one and use a pillow or folded blanked during seated meditation. Take your time in choosing a mat as they range from R75 to R400 at most retailers.

You will develop a bond with your yoga mat, pack it along on travel as your companion, and that’s normal. I have struggled to change my prayer mat because of the bond I have developed over the two years, but sooner or later I will need to change it and get a new space on which I can rise towards my stillness and be cushioned when I land. 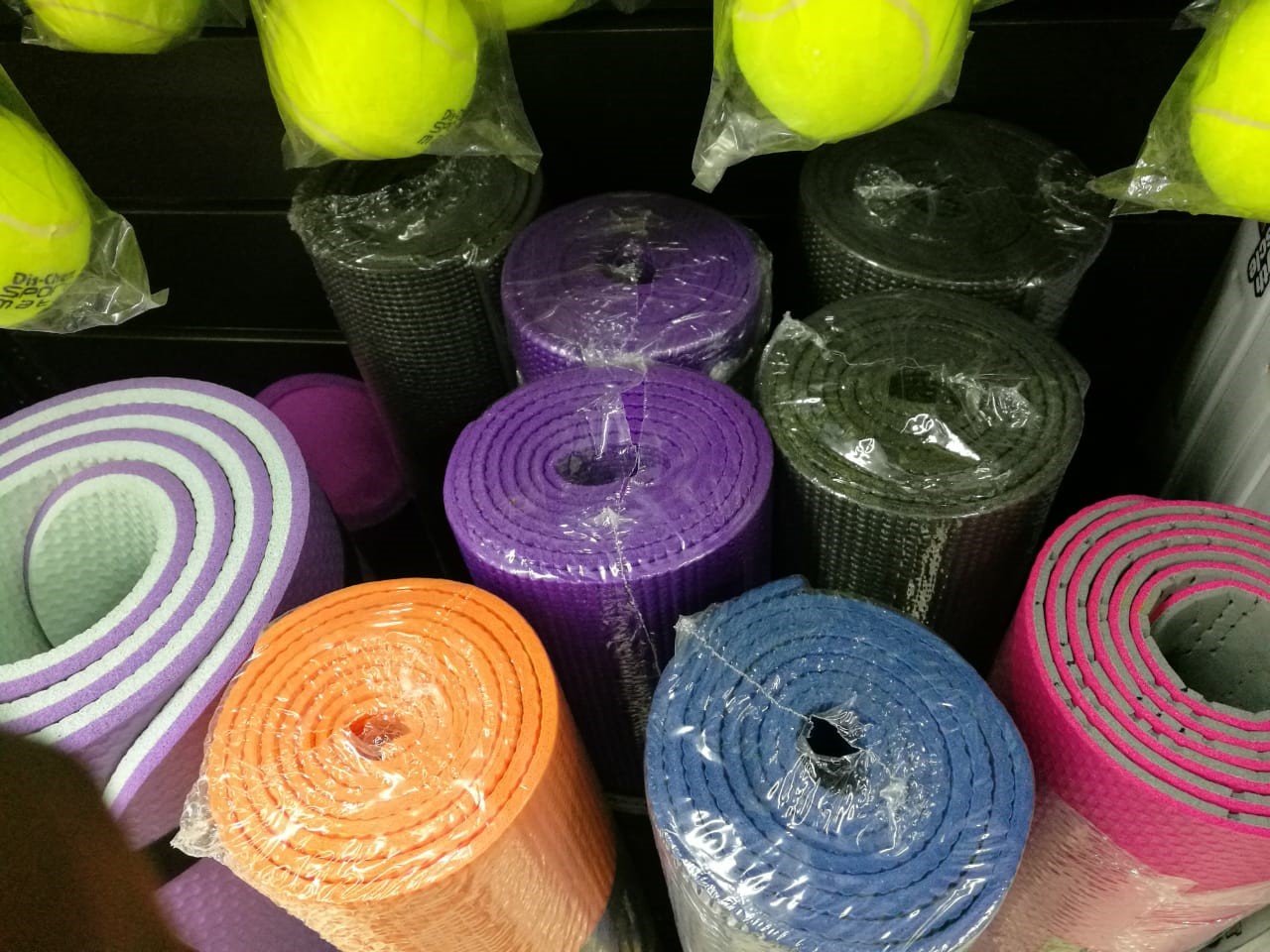 4
HYuj Matters – The Movement of Stillness

5
HYuj Matters - Many Branches To One Tree Pose