Motherhood has been positioned to be a moment of joy for women who are in their reproductive age. In 2016, Statistics South Africa recorded 136 996 (13,9%) child registered birth to mothers who are between the ages of 10 and 19 years old. As it is societally expected that young women between the age of 13 and 21 are in the stages that is defined as coming of age, merely meaning the transition from childhood to adulthood. The transition period is when girls who have reached puberty stage experience changes in their body; this is a critical phase in their lives where they start their menstrual cycle and also become exposed to sexual experiences knowingly and unknowingly. Thus at the age of 13, girls can bear a child. There are various reasons associated with young motherhood based on social determinants, which include but not limited to parentless-ness, sexual exploration, sexual violence (rape), societal influence, and peer pressure. 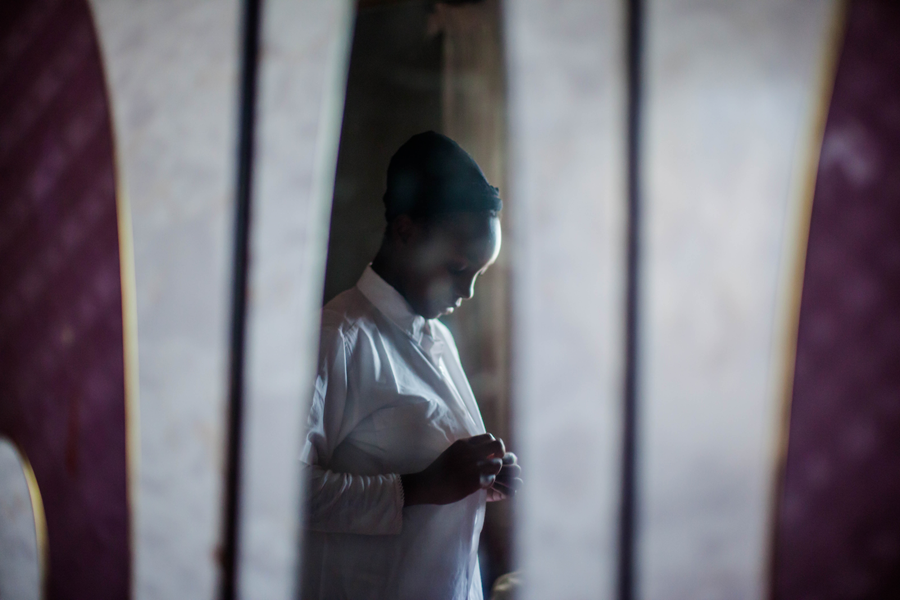 As a 29-year-old woman motherhood is the farthest thing from me due to my current social standing. I was raised by a strong caliber of women, especially my paternal grandmother who gave me an opportunity to be independent. The strong will she instilled in us as her grandchildren shaped my way of living. However, there was also a fear inculcated in me when I was 13-years-old. I had my first period and both my mother and my grandmother said “you must not get pregnant otherwise you will remain poor like us”.

Motherhood at 13 is a documentary project that interrogated the reasons, mindset, and perspective of young mothers through their daily lives. Young mothers between the ages of 13 to 17 from different localities in Soweto’s daily lives was the focus of this project.

Busisiwe Nombulelo Jiyane’s world changed (18) when she found out that she is pregnant at the age of 14 going on 15 with Lwandle Jiyane, now two. She had to leave the home she grew up in and start a new life in a new area as a pregnant teenager. Jiyane grew up in Orange Farm, a township 40km away from Johannesburg. When she fell pregnant she had to move in with paternal grandmother in Zola 1, Soweto. Orange Farm proved unkind towards her pregnancy and negative comments and gossip became too much to bear. Our society has certain beliefs, ethics and morals that they continue to hold women accountable to, while men are never held to the same standards. She had a difficult time of it in her own community hence the move. 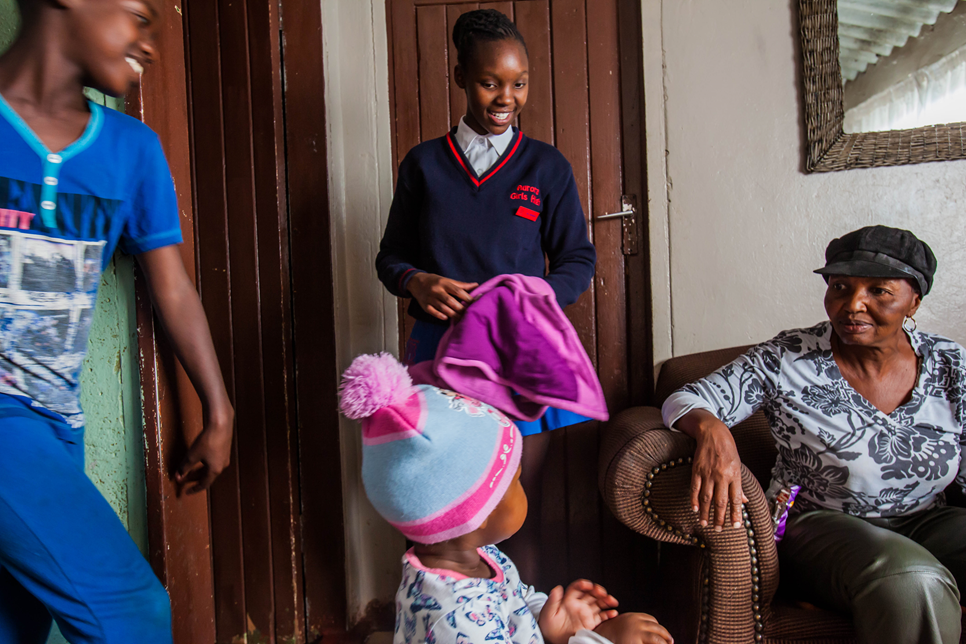 Jiyane currently shares a four-roomed house with her extended family with the yard comprising rooms than house more than 10 people. Her mother remains in Orange Farm and sends money monthly. Her father languishes is in jail for a false charge. 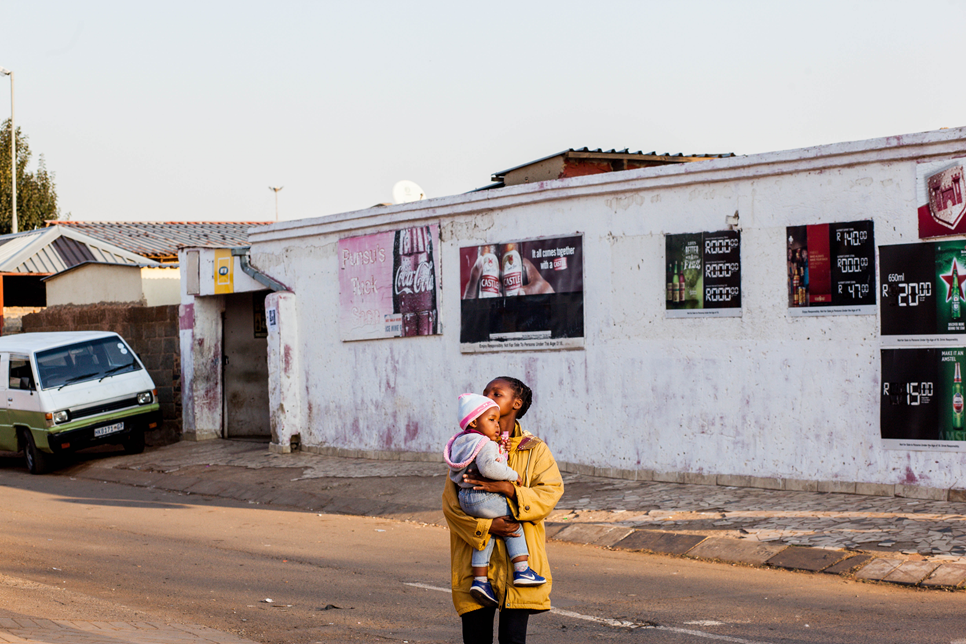 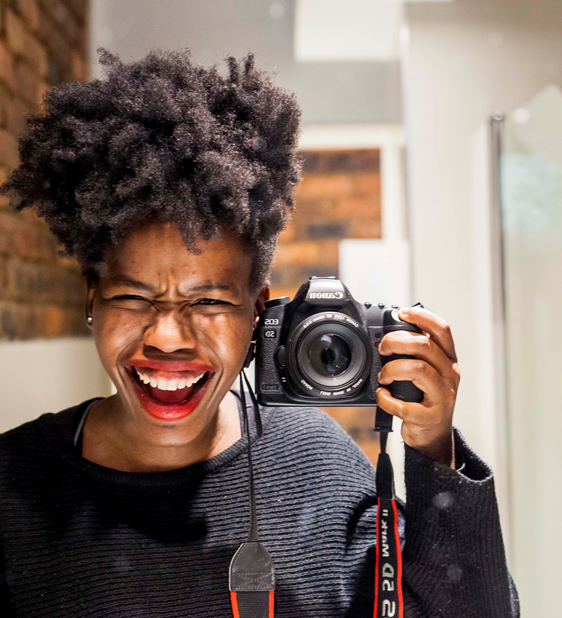 Underlying my work is the desire to learn more about empathy, sympathy and compassion, to coax and tease meaning from these human traits. I have found that seeking truth and honesty when telling stories achieves this ideal and the medium of photography allows me to be more observant and to think deeply about humanity. As a result, I am able to thoughtfully capture moments and emotions in a way that is relatable to diverse audiences. The more I practice photography and filmmaking, the sharper my instinct becomes allowing me to learn and grow with each body of work.

My choice of subject is rooted from a place of intuition and is propelled by a reflective desire to understand myself as a young black woman. I seek teachable experiences and look for the light within the obscure, the stories that remain untold and those that should be cherished. I use photography and film to document black women in their environments because I’m intrigued by our similarities and differences, what lies beneath our smiles, where their strength comes from, what dreams they keep hidden. I am inspired by stories of black women who continue to be multifaceted while playing the role of sister, mother, friend, wife, and daughter.

Mine is not to simply document black women and their struggles but rather, to tell our truths as honestly as possible, to be inclusive of our diverse realities and to expand on the narrative that currently characters the public image of “The Black Woman.”