Postage stamps have been in circulation since the eighteenth century; more than 200 years later they are still sold but aren’t used as much as they were and are now more of a collection/collector’s item because of the historical value that stamps carry. The printmaking technique I chose in this series makes use of silk-screening because of the poster-like design of the prints. This series of prints came about after I attended a student council campaign at the University of the Witwatersrand for the 2019 national elections. I took some of the phrases that were said and interpreted them visually to show that nothing is what it seems. 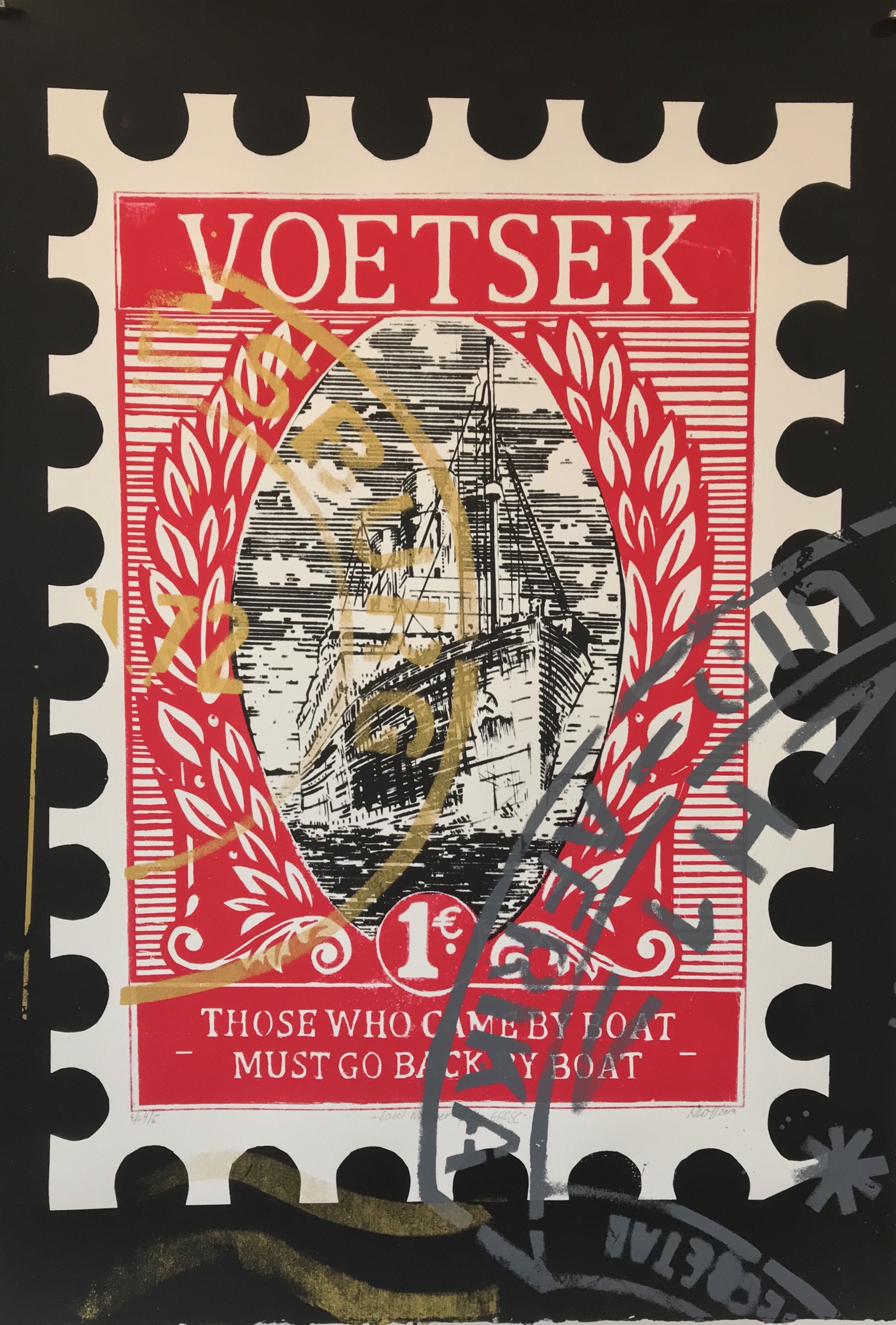 “Voetsek, those that came by boat must go back by boat” is one of the statements made by an Economic Freedom Fighter Student Council (EFFSC) member. The said statement was motivated by the Land expropriation without compensation program that various South African political parties are involved in and that is currently very topical. This print was influenced by a postage stamp depicting the arrival by boat of Jan Van Riebeeck, a Dutch sea captain, at the Cape of Good Hope in 1652. 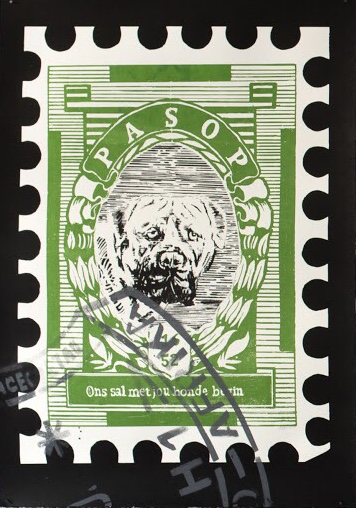 “Pasop, ons sal met jou honde begin” is another statement made by an Economic Freedom Fighter Student Council member. This statement was said in an indigenous South African language so I decided to translate it into Afrikaans so the message was understandable to its intended audience. The print is influenced by a rare 1930s South African stamp of a springbok antelope. Instead of a springbok I used a boerboel because it’s an animal mostly associated with South African farmers.

I used the postage stamp format in the prints as a metaphor that plays on the idea of how letters, goods and parcels were sent in the past and also in the present. It is also a commentary on the value of the prints themselves, comparing them to postage stamps.

1
The 13th letter – A Manifestation of Self
2
Bafo, Live at Untitled
3
Modes of Communication: Letters From The Underworlds