Finding intergenerational Healing from The Trauma of Apartheid

A public talk centred on Ukugrumba: An exhibition by 2018 Tierney Fellow Tshepiso Mabula ka Ndongeni. This event is part of the Market Photo Workshop’s 30th Anniversary Celebrations "The Homecoming"

The Market Photo Workshop invites the photography and media community to a public talk centred on Ukugrumba: An exhibition by 2018 Tierney Fellow Tshepiso Mabula ka Ndongeni.

Tshepiso Mabula ka Ndongeni will be in conversation with former combatants, who were photographed during the development of Ukugrumba, and specialists in trauma and violence issues. The theme of the talk is “Finding intergenerational healing from the trauma of apartheid”. 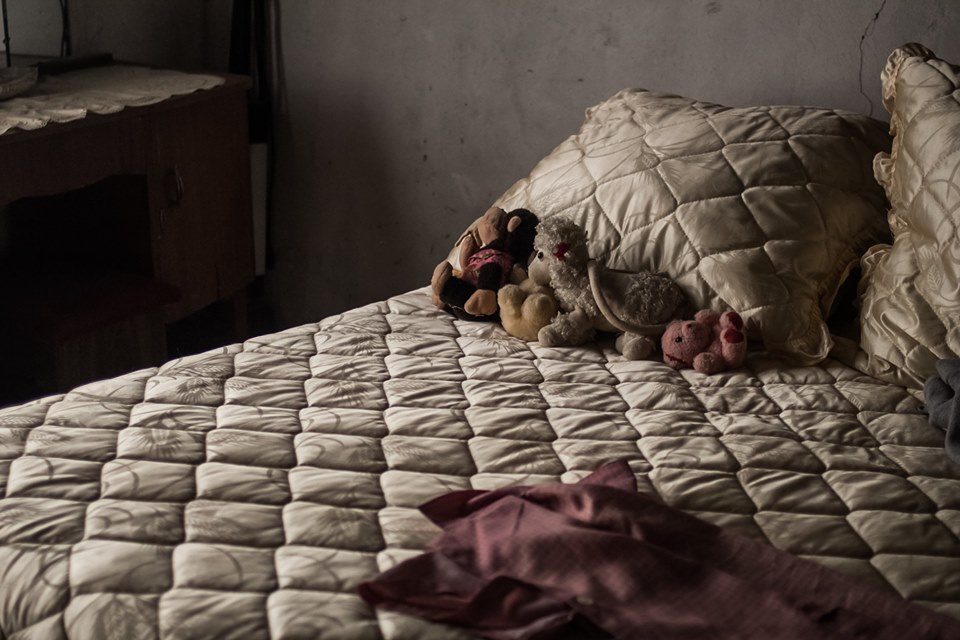 The talk will be preceded by a short performance on Ukugrumba by the Market Theatre Laboratory First Year students.

Ukugrumba, which means to “dig up” in isiXhosa, is a body of work motivated by my family’s trauma as a result of activism in South Africa's struggle against apartheid, liberation and reconciliation effects within present day South Africa. It seeks to exhume experiences of the foot soldiers that sacrificed their youth by fleeing away into exile to join in the trenches for armed struggle for national liberation; including those who stayed in the country to continue the fight against the brutal apartheid regime. More often than not, those who are hailed as heroes of the struggle are well known political figures. Ukugrumba is a visual representation and narrative of the forgotten people who were affected both mentally and physically by the effects of the armed struggle against apartheid.

Eugene Paramoer
The spiritual dialectic between story and change, dreaming and transformation, art and struggle has been the leitmotif of Eugene Paramoer’s creative life. As an activist during the 80’s rebellion on Cape Town’s Cape flats, he found rebirth and awakening inside the creative frame of the moving sound- picture. Working inside and outside the television and film industries as writer, director and producer, Paramoer created pieces like, District 6; The Elders Come Home, 7- Phezulu and Deafening Echoes: all memory works aimed at personal and communal restoration.

Tshepiso Mabula ka Ndongeni
Tshepiso Mabula ka Ndongeni is a photographer and writer born in the Lephalale district of Limpopo, South Africa. Mabula’s interest in photography sparked when during a visit to a family member she was introduced to award-winning South African photographer Santu Mofokeng’s body of work Rumours/The Bloemhof Portfolio. She completed her studies in photography at the Market Photo Workshop in Johannesburg in 2015. Mabula explores the small things through photography: exposing the humanity in oppositional, chaotic or even boring environments.

Razia Saleh
Razia Saleh is currently Director: Archive and Research at the Nelson Mandela Foundation. Prior to this she was the archivist at the African National Congress (ANC), overseeing the arrangement and description of ANC archives, primarily those produced in exile. Saleh, who has a master’s degree in archival studies from the University of London, helped establish the South African History Archive (SAHA). Her interests include the use of digital technologies in enhancing access to and as a preservation tool for archives. Source: New roles at the Foundation

About The Tierney Fellowship

The Tierney Fellowship was created in 2003 by The Tierney Family Foundation to support emerging artists in the field of photography. The primary goal of the Fellowship is to find tomorrow’s distinguished artists and leaders in the world of photography and assist them in overcoming the challenges that a photographer faces at the beginning of his or her career.

The Tierney Fellowship programme ran for the first time in South Africa in 2008 and partner institutions include the Market Photo Workshop, WITS School of Arts and The Michaelis School of Fine Art at the University of Cape Town.

The aim of the fellowship is twofold: encouraging fellows to produce a new body of work and creating a global community of artists that functions as a crucial support network in an increasingly competitive field. The Fellowship supports the recipients both financially, by way of a grant, and technically and conceptually, with mentorship and guidance from experts in the field.

Fellows remain an important part of the programme after the conclusion of their structured mentorship. Seminars and critiques are held throughout the year to facilitate interaction between all current and past recipients, encouraging discussion about their photography, work experience and lives as artists.

The Market Photo Workshop is a Johannesburg-based school of photography, gallery and resource centre for practicing photographers. Since its establishment in 1989, the school has played an integral role in the training and growth of photographers from South Africa and further afield, while promoting photography through exhibitions, public debates and collaborative projects, especially within marginalized communities. The Market Photo Workshop is a division of The Market Theatre Foundation.

Market Photo Workshop is the recipient of The Principal Prince Claus Award 2018.

The Market Photo Workshop is a division of The Market Theatre Foundation.