The Centre for the Less Good Idea is proud to announce a new selection of collaborative and interdisciplinary work for Season 6, scheduled to take place between 23 and 27 October 2019.

This season sees traditional forms of art and performance being re-imagined through free-spirited, transdisciplinary collaboration, and the gentle exploration and reiteration of varying forms of labour. As a vital part of our social and economic machinery, the idea of work in its broadest sense is investigated within the context of our turbulent, contemporary, urban lives.

Through a series of staged performances, ensembles, installations, and public processions and interventions, the work of the mind, the hands, the body and more will be unpacked, explored, and reimagined across The Centre and the city alike by a team of artists, performers, choreographers, writers, musicians, and academics.

How do we engage with work or labour in our everyday lives – physically, intellectually, or spiritually? What does work look like on the stage, in a gallery space, on the streets, or in our homes? What is to be said about the journeys we take in order to arrive at these places of work, and where will we end up once all of this work is behind us?

The sound of a drill boring into concrete, the hiss of an iron, the sanitised theatres of a hospital or the dusty reaches of a mine-dump, long forgotten. There is the chorus of voices in the inner-city market, and the high, whiney buzz of fluorescent lights in suburban office blocks. Work. Sebenza. Umsebenzi. A thing of profit, labour, love, or duty.

Speaking on the overall objectives of Season 6, co-curator Thiresh Govender explains that an attempt to produce new ways of viewing, thinking about, and curating work is central to the process of the Season.

“I’m finding what we’ve produced at The Centre mind-blowing in terms of synchronicity, improvisation, attentive empathy, and more. Underlying all of these things is an urgent curiosity around making some magic,” explains Govender. 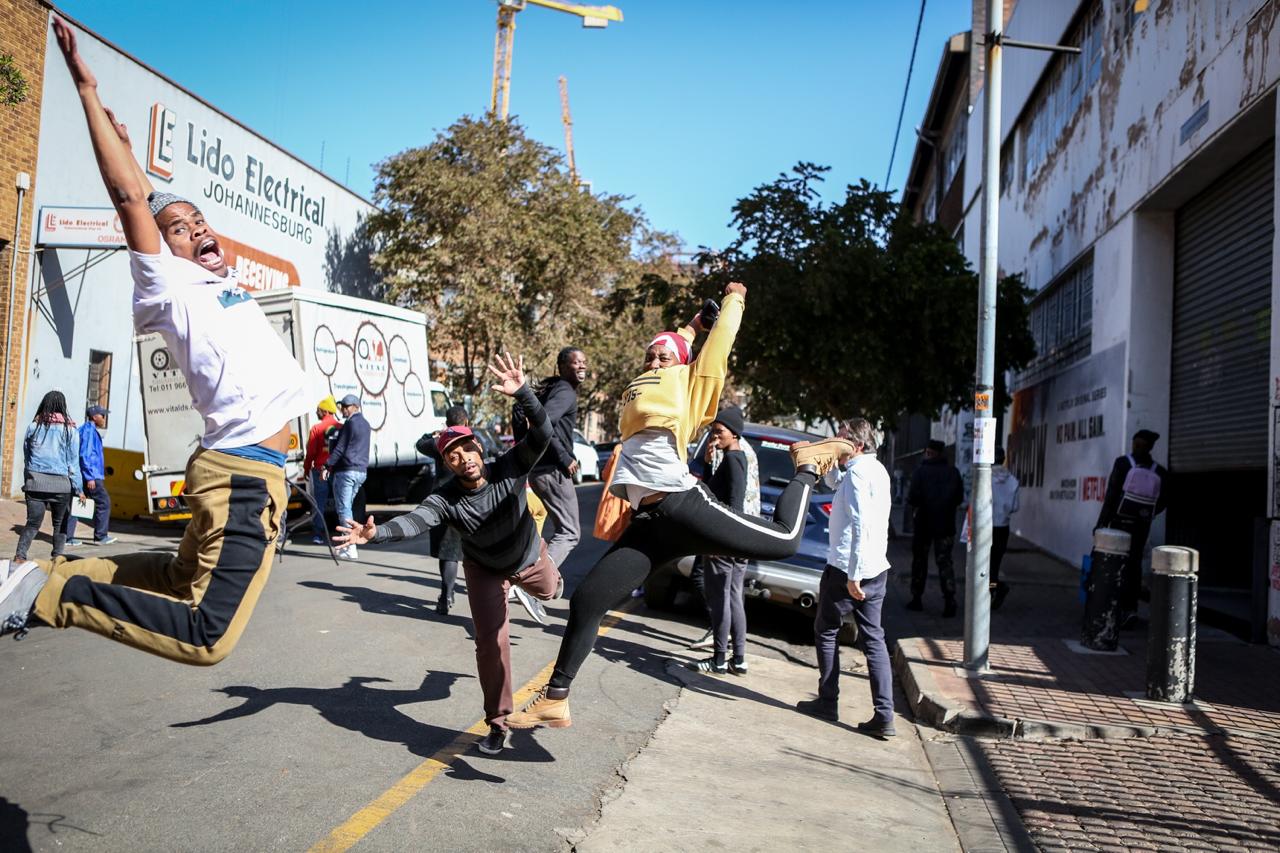 “We’re showing sharp insight in a beautiful way, but that sharp insight is not there for indulgence. It needs to be pointing towards something we desire.”

Co-curator Sello Pesa adds that a significant portion of Season 6 will explore the pre-existing modes of performance, art, and ritual in cultural work.

“There’s the work of a funeral, the work of a wedding, the work of someone who’s coming back from initiation, or a child being born. I’m interested in those things. They all have artistic influences inside of them. They have costumes, they have money, an audience, a space where people can experience it all. These are the kinds of things that have helped to inspire the Season.”

Throughout it all, a continued effort towards vulnerability, experimentation, and interdisciplinary collaboration gives way to new and exciting ways of pursuing the less good idea.

PS: Marinella's exhibit is open daily from 11am - 5pm until the end of the Season.