The Queens Fortress - Black & The Blues

“Poetry is nearer to vital truth than history”, this quote by Plato could not be more accurate when discussing the works of poet, writer, performer and set designer Masai Sepuru. The poet has mastered the art of capturing the times and documenting our reality. He is unafraid to tackle issues such as racism and the injustices he faces as a Black man in our society. In response to the Covid-19 pandemic he writes, “The disguise is ripped off. We are standing naked in front of each other. Our addictions and scars and skin tones. Our nature: like when Eve and Adam were leaving Eden exposed, Shameful. But shame is temporary. We are already showing each other teeth. Crawling into our retreats. Trollies filled to the brim with snacks and toiletries whilst others are cast out in the streets. Left to face the wrath of the military".

We also broach the subject of “Education vs. Talent” and how an artist should best navigate the space. Many artists decide to either not begin or to drop their tertiary studies in the hopes to pursue a career in the art industry. When faced with the question, the poet expressed that he felt that education was a very stable leg to stand on when choosing to be an artist.

“If you have the paper behind your name, you don’t have to prove that you are capable of getting the job done, you are simply relied on because you have the qualification,” he says.

On the 26th of April the artist hosted an online exhibition titled ‘Black and the Blues’, in which he so innovatively discussed the role of jazz and the impact it had on the anti-apartheid movement in South Africa. During the interview Masai let us in on his future plans to expand on this concept and further investigate the necessity of jazz during the apartheid era. On the topic of the future the performer shares that he feels it is time he takes a hiatus from performing art and focuses more on his craft as a painter and a director.

For more on Masai Sepuru: 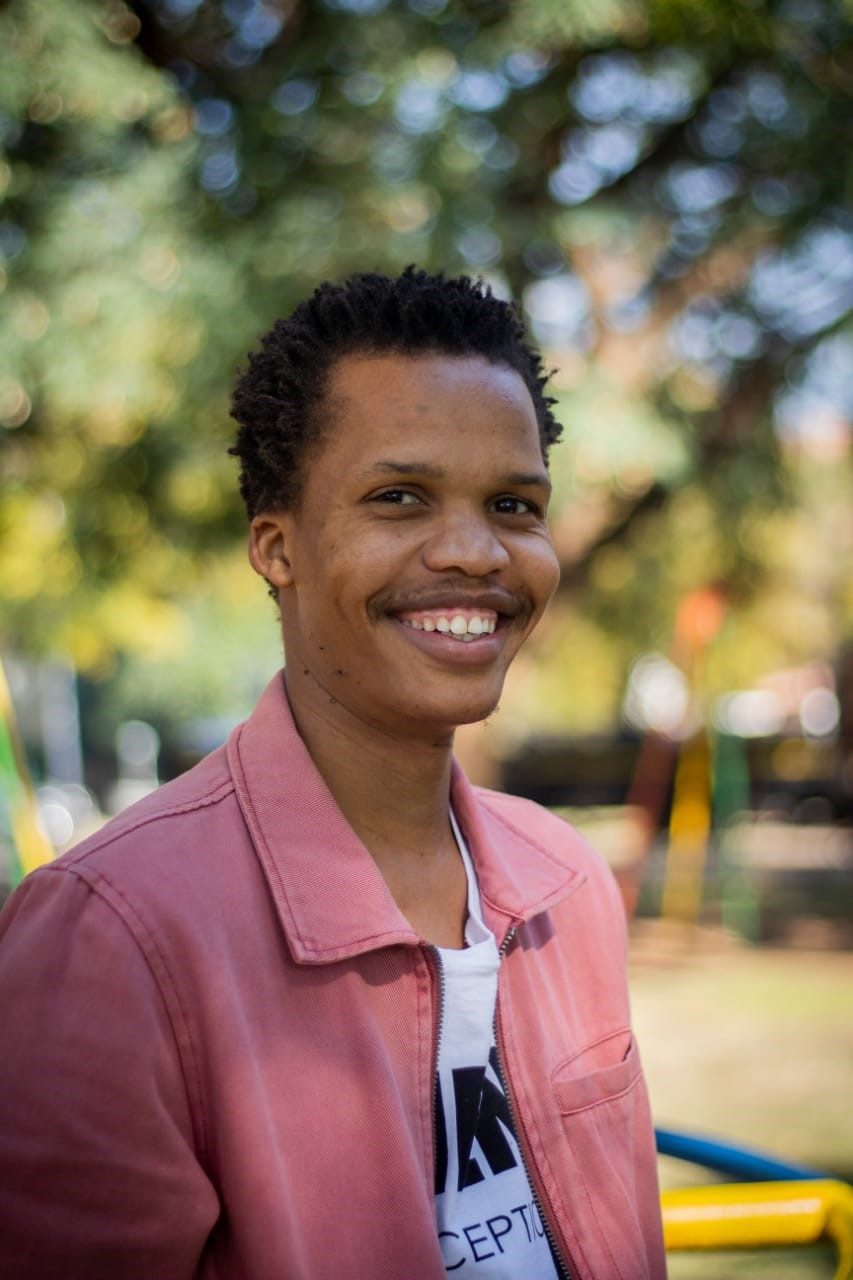 Masai Sepuru is a visual and performing artist practicing in numerous disciplines of the arts, including writing, painting, design and performing. He has performed in various slams, winning two of the biggest slams in the country namely, Tshwane Speak Out Loud and Word and Sound.

Sepuru’s poetry has made an impactful mark both on and off stage, on stage as an engaging writer and performer and off stage as a director of poetic theater productions. The poet organizes and host workshops with poetry organizations around the province such as Scribe Rites and Blue Pulse.

In 2019 Masai went on to partner with The South African State Theater incubator program in which he wrote and directed a showcase called ‘It’s all the Sane’ adding to many showcase he has been part of. These showcases include, Toxic with Kori Strange, Blurred lines and Poetoria sessions showcase with Neosoul.

One of the artist biggest achievements is a play he wrote and directed titled ‘Morongwa’ which he plans to showcase in Johannesburg later this year.

Podcast: ‘The Queens Fortress’ on Spotify, Apple Podcasts, and Stitcher

5
The Queens Fortress: On Raising Boys