The Standard Bank Gallery in Johannesburg presents A Black Aesthetic: A View of South African Artists (1970 -1990), an exhibition that draws from the University of Fort Hare art collection. Presented for the first time outside of the Eastern Cape since 1992, the collection features one of the country’s largest holdings of Black South African artists working between the period of 1970 and 1990, leading to the first democratic elections in 1994 and thereafter. Representing over 150 creatives and declared a National Cultural Treasure in 1998, this repository houses some of South Africa’s most revered artists such as Gerard Sekoto, George Pemba, Dumile Feni and Gladys Mgudlandlu plus more, and includes a wide range of disciplines such as etchings, woodcuts, linocuts, serigraphs, drawings, paintings and sculptures.

A Black Aesthetic: A View of South African Artists (1970 -1990), curated by Standard Bank Gallery manager and curator Dr. Same Mdluli, features the work of Black artists from various backgrounds, whose style and approach to artmaking are distinctly each of their own. Aiming to encourage a more critical engagement of these artists whose works have historically been neglected, A Black Aestheticattempts to reposition their expression within the larger South African art historical narrative and redefine ways of discussing their work - challenging existing notions of what constitutes South African art history. Other themes in the exhibition, examines the contentious label of “township art”, a terminology which has been critiqued for its limitations in labelling and boxing Black artists from this locale.

From resistance arts to abstraction and scenes of everyday life, with artworks depicting both hardships and optimism, A Black Aesthetic shows work from three decades of the collection; part of an era in the country characterised by challenging conditions that existed under colonial and apartheid South Africa - with the after effects still felt today. “These works are a great record of painful experiences, memories, and stories of Black people in apartheid,” says University of Fort Hare’s national heritage and cultural studies centre curator Vuyani Booi.

A Black Aesthetic, not necessarily in chronology, brings together artwork by early modernists masters such as Ernest Mancoba, George Pemba, Gerard Sekoto, and John Koenakeefe Mohl, to name a few in the exhibition, whose works have contributed to modernists practices of the early twentieth century. The expressions by the early modernists are further extended to the work of artists that seem to be grappling with postmodernists ideas such as Gladys Mgudlandlu, Ephraim Ngatane, and Winston Saoli, who each had unique approaches and meanings to their process. In the late 1970s and early 1980s, work influenced by the Black consciousness movement became more prominent with an emphasis on defining the role of the artist in society. Works by artists such as Thami Mnyele, Paul Sibisi, Madi Phala, Lucky Mbatha and William Zulu illustrates the intersection of art and ideology in both subject matter and critical thought. Among these artists are those whose works have played an influential role on other artists and extended beyond the South African borders. Dumile Feni, for example, lived in both the US and UK and as a result, his work is more internationally acclaimed. As a result, a section of the exhibition is dedicated to Feni’s repertoire to illustrate the extent of his influence on style, aesthetics, and form. 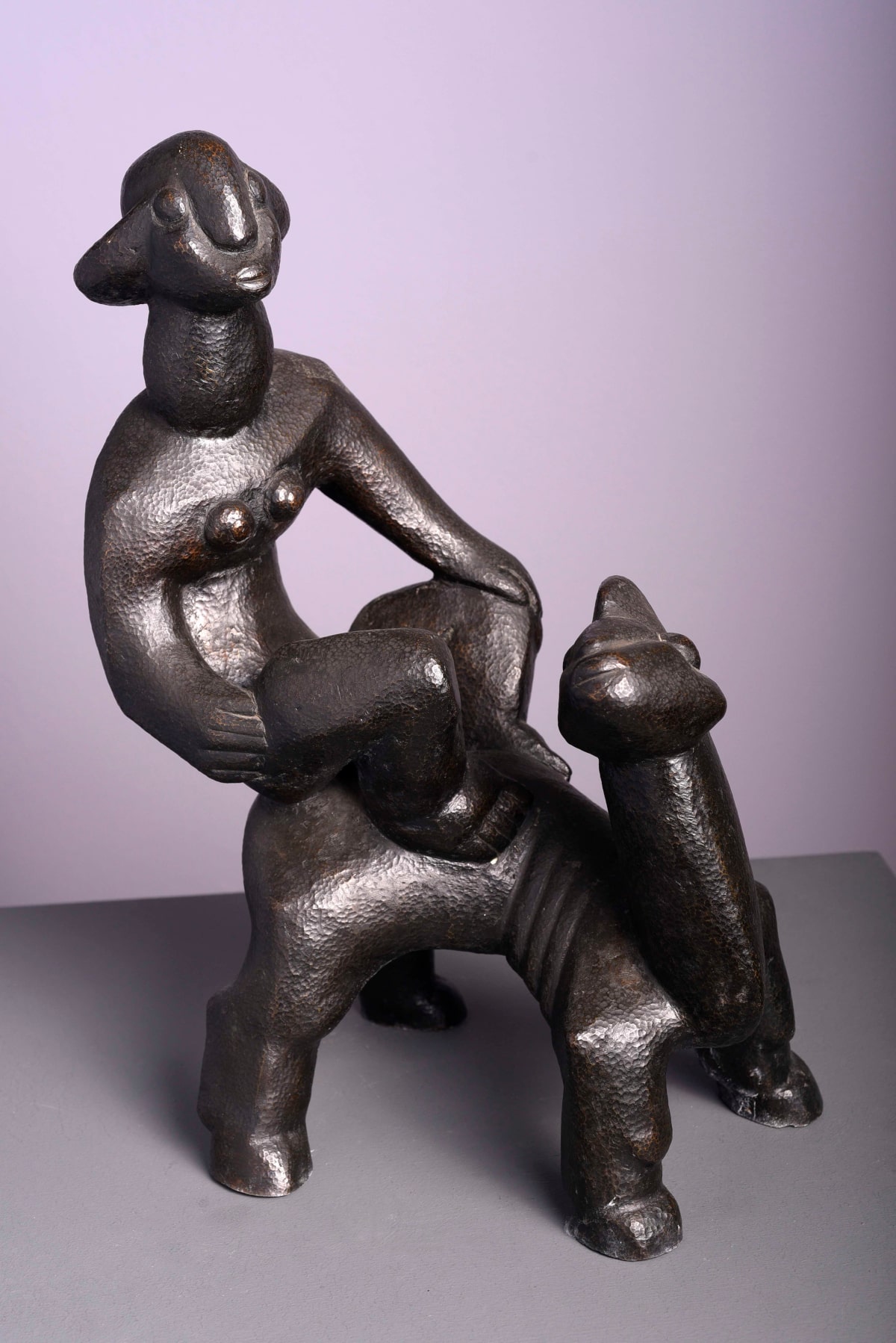 Including a diverse selection of artists and traversing a cross-section of disciplines, themes and thoughts, A Black Aesthetic is an expansive exhibition that attempts to start to build a more comprehensive historical account, one that will hopefully encourage future generations to engage with our rich heritage in the visual and creative arts.

The Standard Bank Gallery – located on the corner of Simmonds and Frederick Streets in central Johannesburg – offers free, safe undercover parking on the corner of Harrison and Frederick Streets. Gallery hours: Mondays to Fridays from 08:00 to 16:20 and Saturdays from 09:00 to 13:00. Entrance to the exhibition is free. Walkabout Dates: 23 February, 9, 16 and 30 March, 6 April. All walkabouts will start at 11am.

Same Mdluli is an artist, art historian, and writer living in Johannesburg. She holds a Ph.D. in History of Art, MA in Arts and Culture Management from Wits University and a B-Tech degree in Fine Arts (cum laude) from the University of Johannesburg. Dr. Same has worked as an administrator at the Goodman Gallery and projects in both Cape Town and Johannesburg and taught art at various school levels. She has participated in various exhibitions, conferences locally and internationally and won several art awards. She has also participated in a number of international conferences and residencies. Her research interests are in contemporary African art, Black expressive modes and aesthetics as well as the conversations between jazz and visual art. Before she was appointed curator at the Standard Bank Gallery she was a sessional lecturer in art history..