Durant Sihlali (b. 1935, South Africa) was one of the great South African painters of the twentieth century. It’s been said that Durant Sihlali works like a photographer, only in watercolours. Sihlali’s works serve as vignettes of his life, from his travels in rural South Africa to the quotidian mise-en-scènes of township life. At a time when the Western art world, as well as the African Modernists, were moving towards surrealism, abstraction, and the avant-garde, Sihlali remained committed to his mimetic approach.

Although many of Sihlali’s scenes are engaged in dialogue with the apartheid struggle, they also depict a multifaceted human landscape. It’s not so much that some of Sihlali’s works are apolitical in nature. In fact, Sihlali’s oeuvre challenges us to imagine a history in which large-scale political demonstrations and acts of violence cannot be separated from the way people navigate their domestic rituals and daily lives. In an oppressive environment, such a complex rendering of South African life was a radical act of self-assertion. 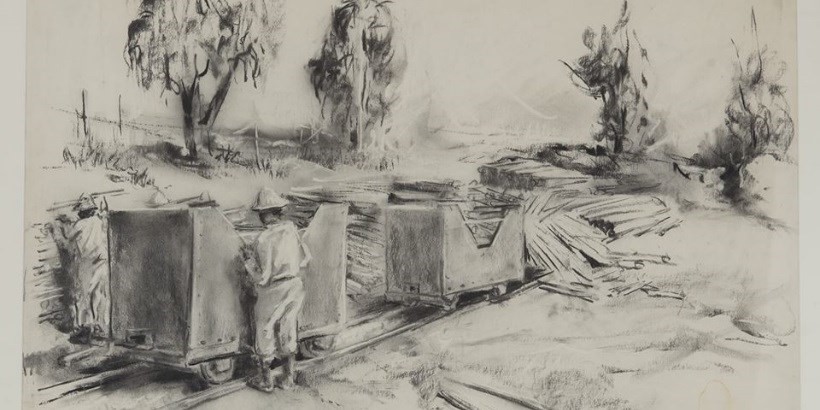 Durant Sihlali was born in Germiston in 1935. As a young artist, Sihlali studied at Chiawelo Art Centre under Alphius Kubeka, attending from 1950 to 1953. He also learned from the artists Carlo Sdoya and Sidney Goldblatt, and studied with Cecil Skotnes at the Polly Street Recreation Centre from 1953 to 1958. Sihlali painted hundreds of watercolours throughout his life. Mostly, he sold his paintings himself, at Joubert Park’s outdoor market in Johannesburg. Though, by the later years of his career, Sihlali’s works had been exhibited widely elsewhere in South Africa as well as Germany, Israel, Greece, United Kingdom, USA, France, Australia and Sicily. Sihlali headed the Fine Arts Department at the Federated Union of Black Artists (FUBA) from 1983 to 1988, and taught students from the Wits Technikon and the Funda Art Centre. He died of a heart attack in 2004 at his home in Soweto. Collections of his work include those at the University of Fort Hare, the Africana Museum in Johannesburg, the National Museum of Botswana and several South African corporate institutions.