STEVENSON is pleased to present Déjà Vu, Neo Matloga’s first solo exhibition in Cape Town, his second with the gallery.

Here, Matloga moves away from the cinematic, interconnected narratives that characterised his previous bodies of work. Instead, the artist’s new paintings are individual scenes that usher in a new chapter of formal experimentation. Matloga states:

There’s nothing that brings these paintings together aside from the fact that they’re all living. I started mixing my ink with glue and different types of colours – some of them have tints of purple and even blue. I have been using liquid charcoal for a long time but the reason behind mixing my ink was because I wanted a bit of pigment. I wanted to paint more. I wanted to create more texture and more three-dimensionality on the surface of each painting despite the flatness. Painting used to be the scaffolding for the collage but now the collage is the scaffolding for the painting. I wanted to play with all the formal elements of art, questioning where I could take this. 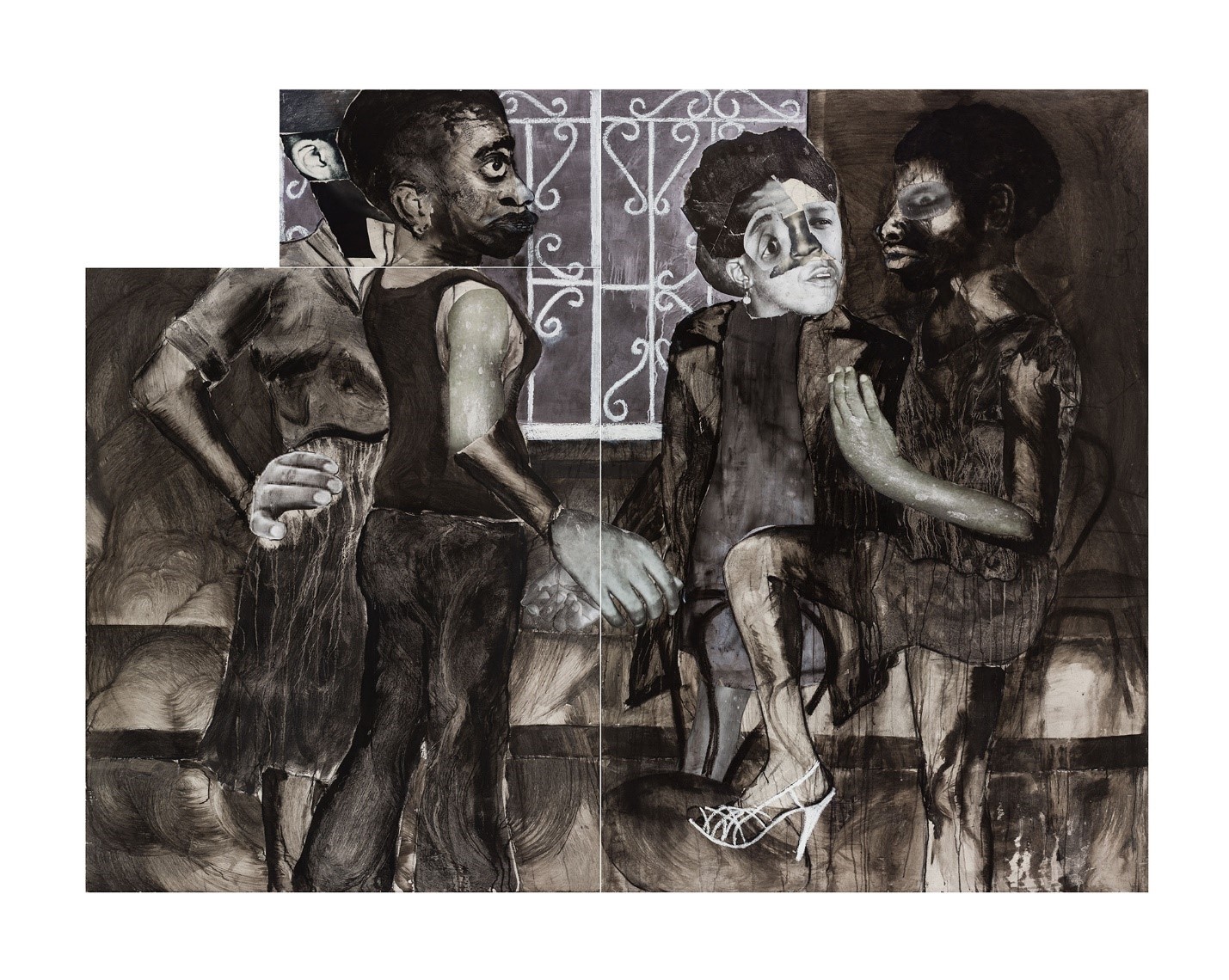 Unlike works created in his studio in Amsterdam over the past year – exhibited at Stroom Den Haag, the Netherlands, and Marta Herford Museum for Art, Germany – the paintings in Déjà Vu were created at night from his home studio in Mamaila, Limpopo, echoing the making of Back of the Moon, his 2020 show in Johannesburg. However, having previously drawn inspiration from plays, soap operas and advertisements, Matloga says his new compositions are created and resolved in everyday moments. He continues:

Some paintings start with a line drawing or a collage, but the composition happens when I’m not in the studio. The marriage I use to invent scenes is a coupling between imagination and references for composition-making. I’ll be at the tuckshop down the street and see some sort of movement, something in nature, a shape – almost like a daydream. I’ll see the image before me, and then I’ll rush back to the studio to paint what I remember.

Matloga’s new collage-paintings act as extensions of his curiosity around image-making, and outlets for his fascination with spectacle. As he explores an expanding lexicon of figuration, he places emphasis on crafting micro-narratives that are heavily laden with tension. He observes, ‘In character I may be reserved, however I do nurse my deep secret of loving drama in these paintings, it’s something I really wanted to squeeze out’.

The exhibition opens on Thursday 5 May, 6 to 8pm.