Massive Music presenter, Anele Zondo, follows in a strident line of reputable, eloquent and sexy forebears who have addressed the nation through music on Friday nights. Zondo breaches a gaping interlude in originality and imagination in the music television with a splash of colour, verve and affability.

Fridays and music in the republic are intertwined and form a large part of the cultural fabric and weekend routine for the past 25 years.

In the beginning there was Big Sis, Melanie Son on Studio Mix. It can be argued that outside of acting and musical inclinations, Studio Mix and Simunye “We are One’s” presenters ushered in the era of the television bred celebrity in South Africa. Son was a consummate purveyor of Black South African and American popular culture, announcing visual representations of street bash impiety while reporting on the trends and tastes of the day, circa 1994.

Then there was Bonang Matheba, an exuberant elocutionist who revolutionized the game. Your Girl B transcended musical presentation to become one of the first television celebrities with a bank account that matched their stardom.

Now, there have been others, most of which have been tepid variants of Matheba’s presenting style. However, back in 2005, Siyabonga “Scoop Makhathini” Ngwekazi presented a hip show called Street Journal, to critical acclaim. Scoop’s diverse range and mastery of language, measured use of slang, presenting pace and command of space, all but secured him a position as the GOAT, the Greatest of All Time, to the uninitiated. 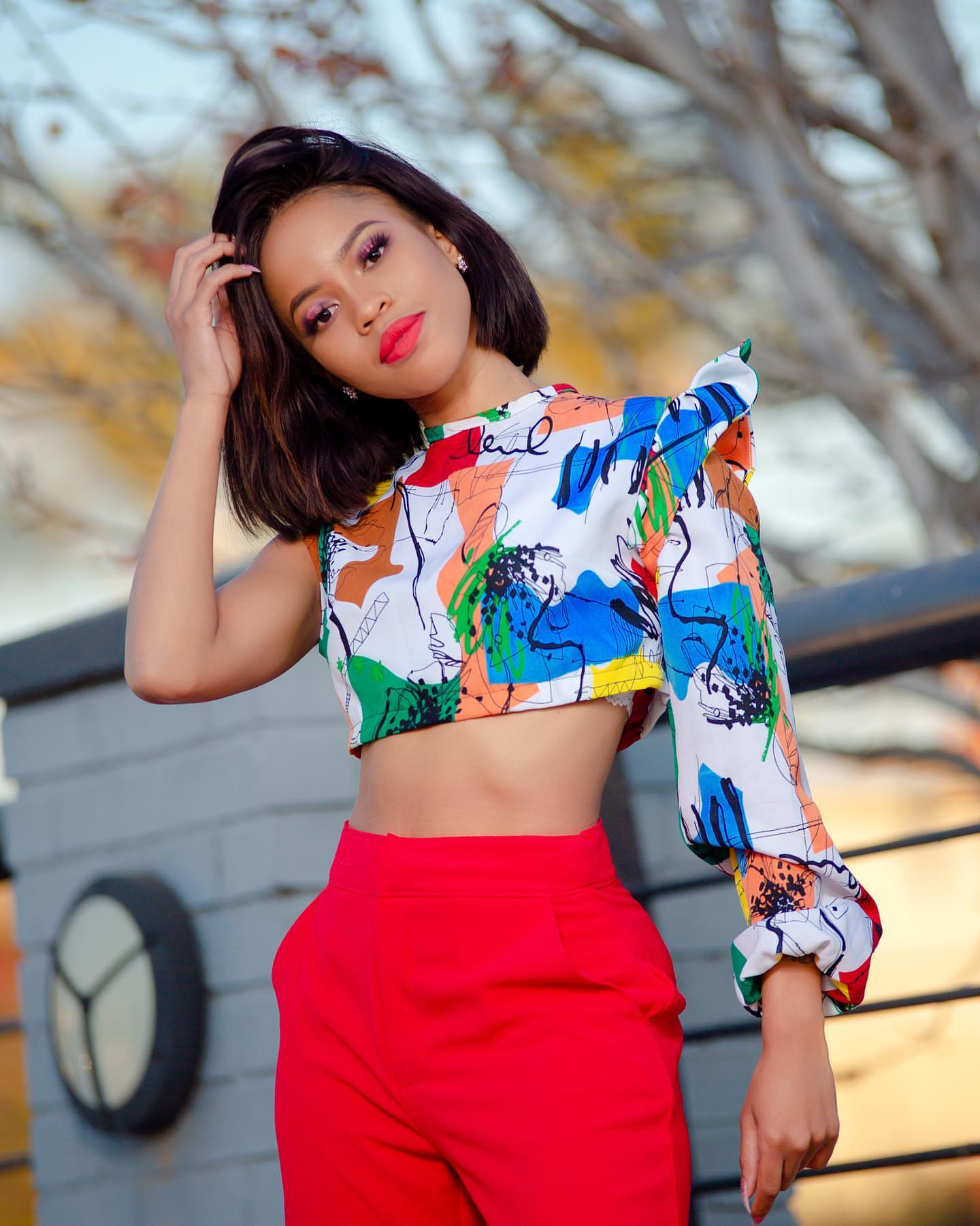 Then enter Zondo, a Newcastle dreamer who recorded her own Friday show in her room for an audience of zero. She watched on intrigued as Matheba enthralled the nation every Friday night, and vowed to occupy that space one day in the future.

“I fell in love with TV when I was 16, and started recording my own show on my laptop on Friday nights,” Zondo says.

“Obviously I looked up to Bonang and I really enjoyed her presenting style. But ultimately I really enjoyed the feeling I got when watching these shows. I felt as if this is what I should be doing. And I wanted to make people feel like they want to be home on a Friday night because they want to see this person on their screens.”

Zondo speaks with likeable animation in person as she does on screen with sudden dashes of jokes and attitude. She was always clear about her television presenting dreams, but Jo’burg as Jo’burg often does provided a bit of a rude awakening.

“When I go to Jozi I was told that I should get an agent, which I did,” Zondo continues.

“But I didn’t know there was such a thing as an extras agent. So I did a few soapies as an extra. It was such a big deal and everybody back home was really excited for me. But back on set we were not treated well as extras and ate the leftover scraps of food after the main cast had eaten. I vowed never to find myself in such a position again.”

She endured and kept about pursuing her dream. There were long periods of drought, the roles were not forthcoming and she even took on a desk job in order to remain busy. After six months of the nine-to-five she decided to give her quest for television presenting another go. It would have to work, there would be no plan B.

“I auditioned with Scoop for the Massive Music gig, which was crazy for me,” Zondo beams.

“And Scoop was like, ‘you are very good and very talented, there haven’t been many people in the game that can deliver as naturally as you can, because everybody is trying to be somebody else’. So that for me was the stamp of approval because I had not been next to such a legend in the game who believed in my abilities.”

And despite the glowing affirmation from Ngwekazi, she didn’t make the cut for Massive Music.

“Although I didn’t make it, the channel wanted me to fill in if Lalla was not available to shoot,” Zondo continues.

“I shadowed Lalla for about six months, learning scripts as if I was about to go on air, and never going on. But I was happy for the experience because I had never been on such a production before. And then one day Lalla had gig overseas and I was asked to step in, and I think I did really well. It felt like home, like this is what I should be doing with my life.”

Zondo would go on to become the show’s third presenter and is well on her way to becoming a legend in the game. Her homegrown presenting style that relies on Zulu culled from the mother province and an English vibe consistent with the times, speaks to the mastery of a dual identity required from the country’s black citizens. The duality also extends to the personal as she describes herself as someone who has “a loud persona yet is soft,” a trait that will stand her in good stead on her path to becoming a celebrated figure, ala Son, Ngwekazi and Matheba.