This survey exhibition covers almost twenty-five years of Andrew Tshabangu’s distinctive black-and-white photography. Recognised as one of South Africa’s most important photographers, his work can be situated in a trajectory that includes David Goldblatt, Santu Mofokeng, the Afrapix Collective and the Market Photo Workshop. 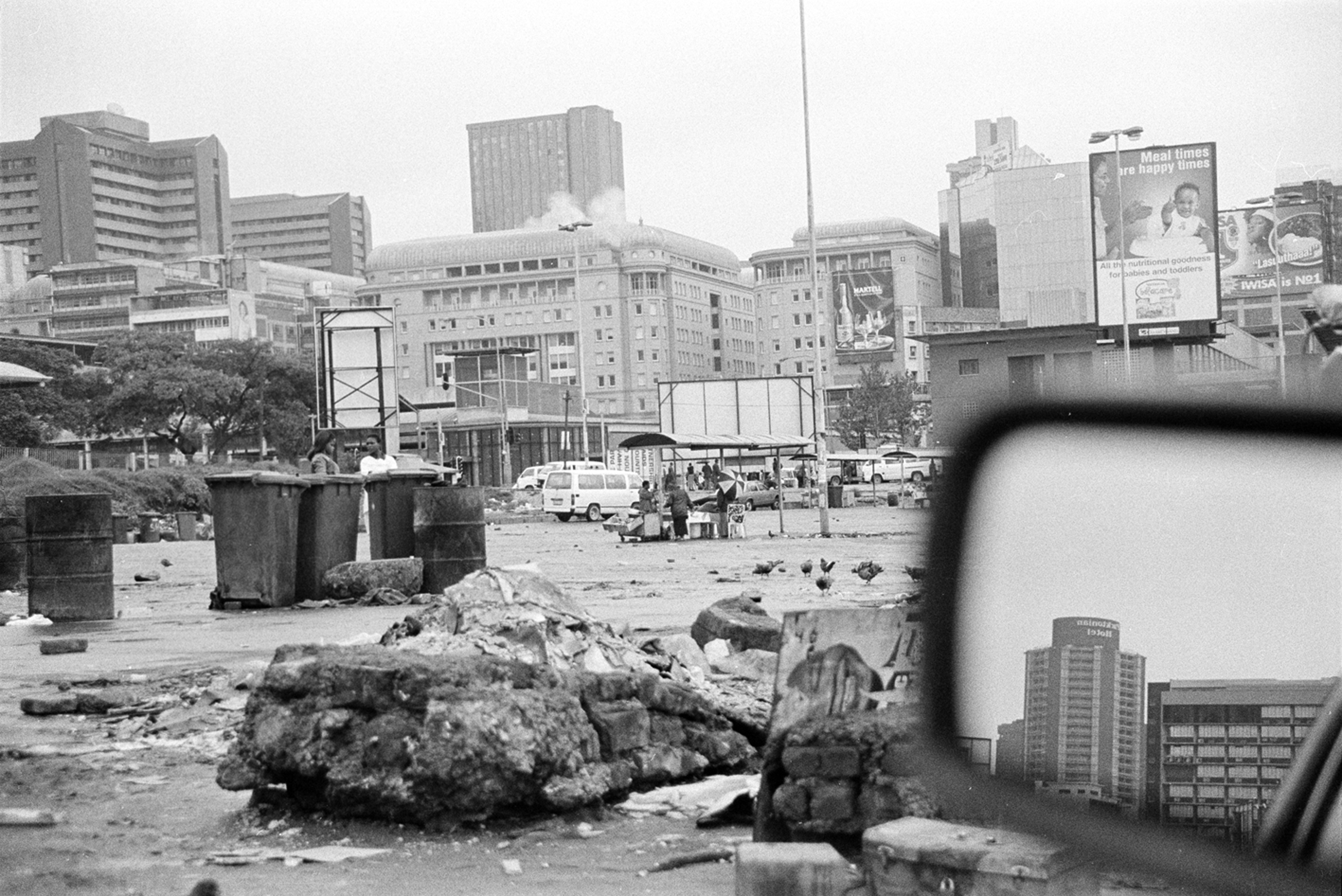 Tshabangu’s photographs might be predominantly described as “documentary” in their style and subject matter, yet the realism typically associated with photography is matched in Tshabangu’s work by an otherworldly quality. Moreover, the viewer’s engagement with the subject is framed, interrupted, blurred or fragmented as the photographer experiments with ways of seeing and interpreting that much-contested place and time of “post-colonial South Africa”.

Born 1966 in Soweto, Tshabangu is particularly drawn to the people, urban landscapes and domestic spaces of the city of Johannesburg. As Hlonipha Mokoena noted, Tshabangu’s photographs “preserve the perpetually changing Jo’burg”, a practice at odds with “a world that erases and forgets”. He is as fascinated by religious pilgrimages and devout ceremonies as by more mundane rituals (like washing clothes, baking bread, carrying firewood, waiting for transport or brewing beer). 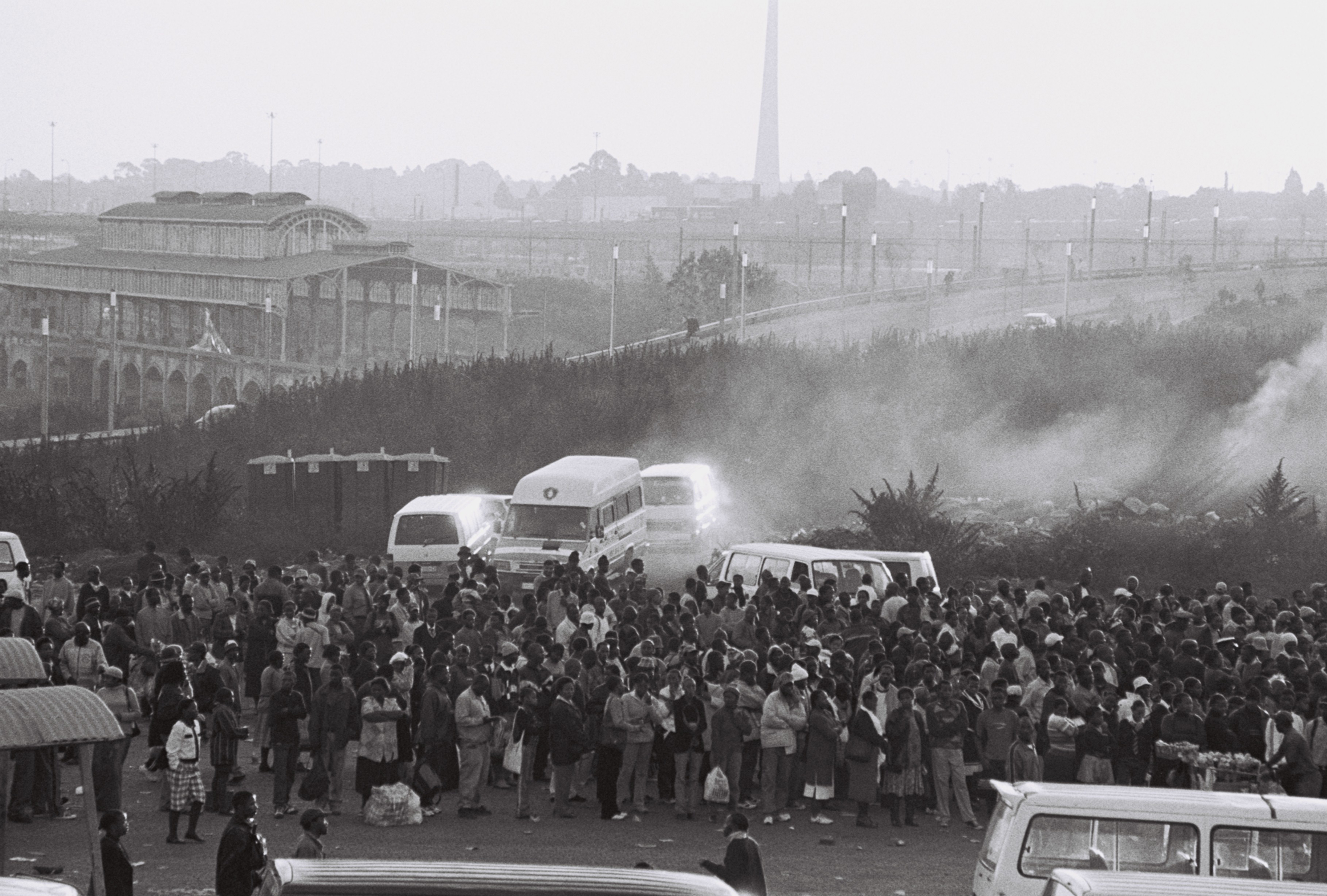 The scope of the exhibition extends beyond Johannesburg, and indeed South Africa. Tshabangu has travelled widely, making and studying new “footprints”. In Durban and further (up the African east coast in Mozambique, Malawi, Réunion Island and even as far as afield as New York City), Tshabangu has encountered landscapes and seascapes, cultures and peoples far removed from his birthplace.

Andrew Tshabangu was born in Soweto in 1966. Tshabangu has studied at a number of institutions, amongst them at the Institute of Advancement for Journalism in 1998 and at the Alexandra Community Art Centre in Johannesburg. He taught photography at the Children’s Photography Workshop and the Market Photo Workshop. In 1998, he was an artist in residency at the Gasworks Art Studio, London.

Tshabangu has been exhibited across South Africa and internationally. In 2017, a solo retrospective of Tshabangu’s work was exhibited at the South African National Gallery, coinciding with Footprints, the first major survey of the iconic photographer’s work to be published in print. Last year, Tshabangu’s work was included at MAXXI in Rome, Italy and at the Dakar Biennale. This year, Tshabangu participated in Le Grand Chemin at Cité des Artes in Réunion, and the Vrystaat Arts Festival, showing his major retrospective exhibition Footprints, which previously travelled to the National Arts Festival and Iziko National Gallery.