Seeking for African Contribution(s) from our South African Syllabus

As part of my pursuit and ongoing advocacy to advance for the decolonialisation of education, specifically within the context of our current national locality of South Africa, I propose to share my personal trajectory in academia. The latter is undertaken, to hopefully record and reflect on the epistimicide I experienced, in my scholarly trajectory, as a ‘Black’ South African. I completed my undergraduate (2002 - 2005) and honour’s (2006) degrees, at the University of Zululand (UZ), one of the ‘Historically Disadvantaged Universities (HDI’s), with Political Science as a major. I (along with fellow ‘Black’ South African class mates) observed, that we were hardly taught, about ‘Black’ South African Political Scientists.

Oddly the aforesaid status quo incredibly prevails to date, across most institutions in South Africa. Why? Well unbeknown to our credulous buddying minds back then, we overlooked that the bulk of our lecturers, were also colonised graduates, hired from other South African universities. To be specific, the two lecturers who taught me Political Science, were namely alumni of Universities of Pretoria (UP) and of Durban-Westville (UDW) - now University of KwaZulu-Natal (UKZN). As regards racial hue, the two lecturers who taught me Political Science, were descendants of Afrikaners and Indians respectively. Notably, emphasis on one’s ‘race’ in South Africa, arose from absurd colonial bigotry, which climaxed post inauguration of an Apartheid regime in 1948.

These two lecturers were (albeit differently from our ‘Black’ South African graduates), also victims. Their respective flaws however, were consistent with the historical path imposed from a common inheritance, informed by racial prejudice. Indeed, in the context of post-1948 South Africa, owing to Apartheid’s misconstrued policies on education, indoctrination was officialised and implemented, on the strength of the recommendations of the ‘Eiselen commission’ of 1952, which justified the dogmatic agenda, favourable to Afrikaners. Needless to say the latter were pursued, at expense of scholarly objectivity. Such dynamics may elucidate, why my lecturers did not realize the agency of revising contents of modules, which did not prioritise teaching us equally, about both ‘Black’ and ‘white’ South African scholars, alongside those from abroad. They could have arguably pursued the latter, from foundation modules, such as ‘Introduction to Political Science’. 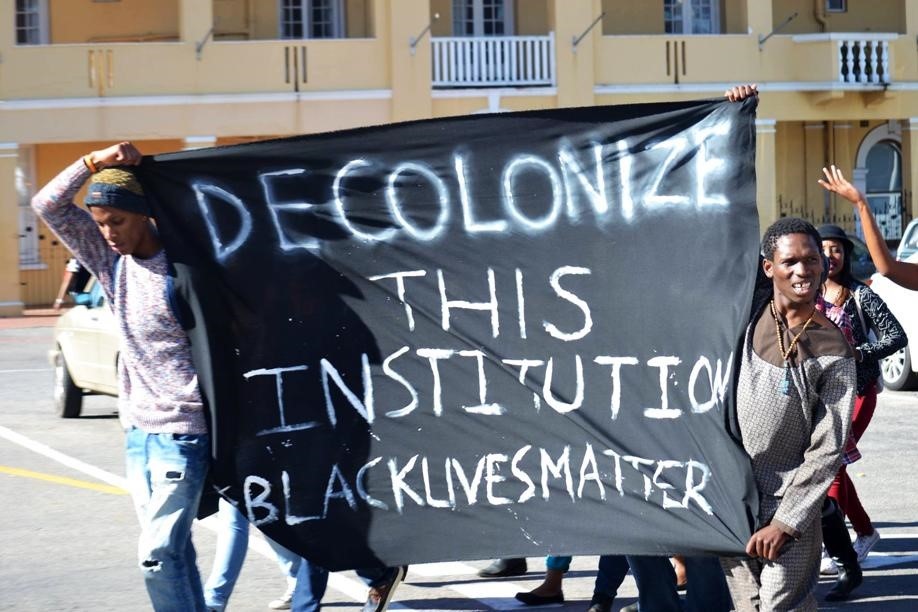 I therefore wondered, how come my lecturers, when they had an opportunity to address such erasure, which is equivalent to ‘epistimicide’, when teaching such modules, did not do so. They opted instead to basically continue, with the earlier noted problematic status quo of dogmatic discourse, which merely renewed ‘epistemic violence’, initiated by bygone colonialists of pre-1994 democratic South Africa. In retrospect I recall, that it is such an anomaly which inspired, my eventual honours project, to focus on ascertaining whether ‘South Africa had its own Foreign Policy’. To my dismay, the latter capstone by and large abhorrently magnified ‘white’ (Afrikaans and English) scholars, as the mainly solitary scholars, of South Africa’s Foreign Policy. A sample of their names included Deon Geldenhuys, Peter Vale and Maxi Schoeman. No mention was made of Samuel Nolutshungu, Vincent Maphai and Tandeka Nkiwane, instead ‘Black’ South Africans mostly featured as plenipotentiaries, as civil servants in the diplomatic corps since 1994.

As one may have expected, as a postgraduate student of Political Science post 2006 in South Africa, the latter incongruence worried me. It baffled me that the discipline of Political Science, as taught in South Africa, reflected a critical gap of a ‘lack’ (persisting to date) of insights of ‘Black’ Africans. My special interest, was expressly on ‘Black’ South Africans (located in Africa or beyond in the diaspora). It is such details, which inspired the focus of my senior degrees, to investigate the above questions. My master’s was titled African Contribution to International Relations Theory (UZ, 2012) and my doctorate was entitled Es’kia Mphahlele’s Afrocentric Pan-African Humanism Paradigm (UJ, 2019). In brief my master’s findings confirmed, that the theme of ‘Africa’s contribution to International Relations (IR)’, only gathered much momentum from 2007, worryingly due to interest by scholars abroad, chiefly in England and America. To me the latter were arguably trying to overcome the flaws of IR, which comprised of a racially parochial (owing to hegemony of Eurocentric scholars) and racially gendered (mostly reflected ‘white’ males and their biased views). The disturbing results of my study, inspired recommendations consistent with an ‘epistemic break’, from mainstream IR for my doctorate. Mindful of locus of enunciation as a ‘black’ South African, that is how I thus subsequently selected Es’kia Mphahlele and the exploration of his ‘Afrikan Humanism’, as a possible African contribution to IR. Both of my studies, are freely available online.