Under the western-influenced and colonised lifestyles now prevalent in Afrika, we often hear of Black women treated as a vulnerable social group whose members are often wrongly and unfairly accused of killing their male partners and thereafter being forced into the streets to be stranded. If you have read about the Afrikan Queens who were military strategists and war generals who conquered other nations, you struggle to understand how it came about that Black women found themselves in a situation to be classified as weak and vulnerable.

The colourful and heroic history of Queen Manthatisi gives us a lived example of how Afrikan women stamped their authority in politics, economics, diplomacy and war.

We are told that Queen Manthatisi was born in about 1784 in Thaba-Nchu, which is the area now denamed Harrismith in the Free State Province. Her birth name was Monyalue who was the daughter of Kgosi Mothaha of BaSia people who were known as brave people who were so frequently engaged in war that "their shields dried outside in the battlefield, and not in their huts, where they remained wet with the blood" of their victims.

In what could be body-stereotyping in today's patriarchal world, Manthatisi was tall, slim, light in complexion, beautiful and intelligent. She was married to Khosi Mokotjo of the neighbouring BaTlokwa people. Their first child was a girl named Nthatisi. It is a norm in Afrikan societies for a mother to be named after her firstborn. Thus Monyalue came to be known as Manthatisi, which means the mother of Nthatisi. Their second child was a boy Sekonyela.

Unfortunately, Khosi Mokotjo contracted some disease while in battle and subsequently died while Sekonyela was only 9 years old, and therefore too young to succeed him. This tragedy caused power struggles in the BaTlokwa people because Khosi Mokotjo's brother Sehalahala made immediate manoeuvres to grab the throne.

Manthatisi stood her ground and defended the throne of her son Sekonyela. What was she going to do because Nthatisi was excluded because she was not only young, but was a girl? Manthatisi did not hesitate. She moved with speed and courage and governed as a regent in the place of her son. Some BaTlokwa were unsettled by having to be led by a person who was not a pure MoTlokwa. We will remember that Manthatisi was of the BaSia people. Others were not happy at the prospect of being ruled by a woman. There was a strong woman who would not allow her being a MoSia to exclude her from ruling BaTlokwa people with the objective of defending the birth right of her son. It was not her MoSia roots, and neither her womanhood that was going to stand in her way of fighting for the rights of her children.

This was not difficult for Manthatisi to do because she had a strong and warrior pioneer and role model in her mother-in-law Ntlo-Kholo who had been married to Khosi Montoedi who was the father of Khosi Mokotjo. Ntlo-Kholo became regent for her son Mokotjo until he became old enough to take over. And now Khosi Mokotjo had also died leaving a young son Sekonyela who was only nine. 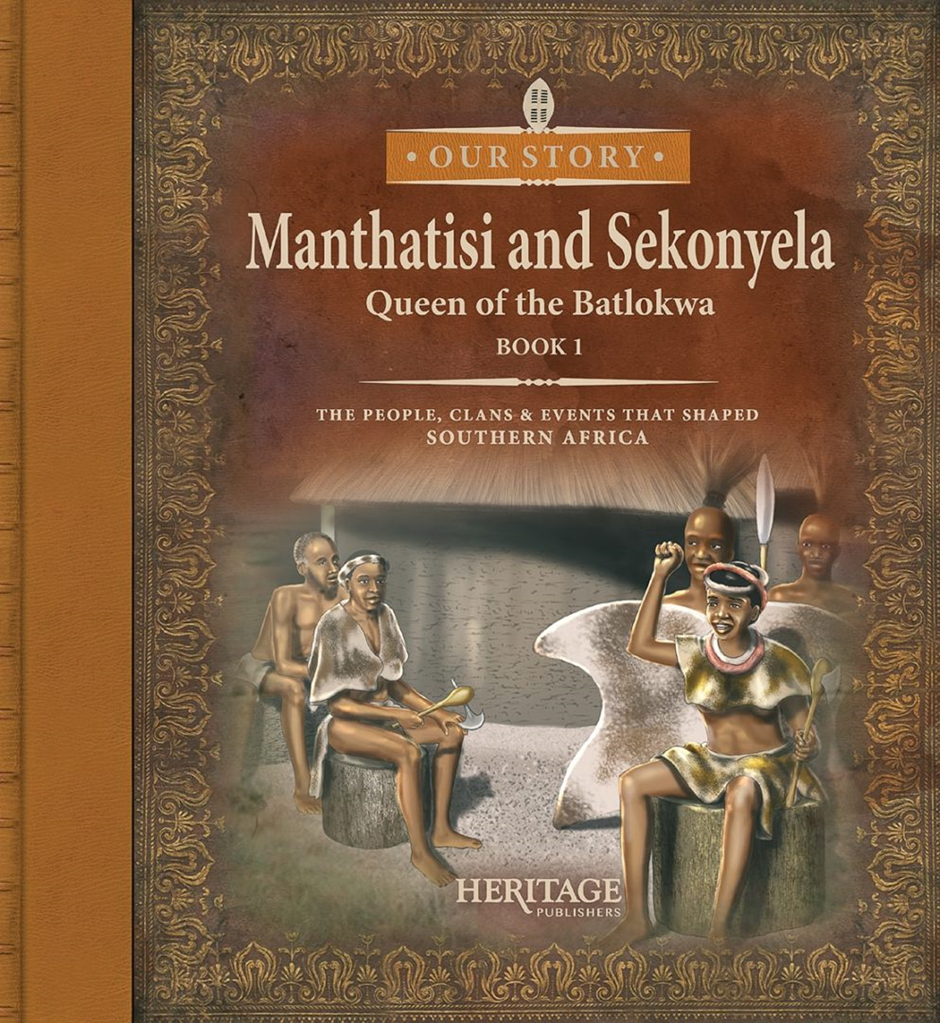 Manthatisi led the BaTlokwa people during the time when AmaZulu were mounting a campaign for their expansion through conquering the neighbouring communities. She had the military presence of mind to avoid contact by moving her people westward in 1817 where her warriors attacked amaNdwandwe and captured their cattle resulting in an alliance with amaHlubi. Khosi Moshoeshoe, who later became the great King of BaSotho, did not leave Butha-Buthe and settle in Thaba-Bosiu out of choice. He and his people fled from a ruthless raid by a woman called Manthatisi. During that time, Manthatisi conquered about 29 communities with his about 40 000-strong warriors. The BaTlokwa people were clearly enjoying growth and prosperity under their leader whom they fondly referred to as Mosanyane due to her tiny structure. Yet she was feared and respected by the leaders of the rival communities.

Manthatisi's genius came to the fore when she faced devastating defeats in 1823. The Battle of Dithakong was one such defeat. But she was able to lead her battle-fatigued people in retreat and search for a new settlement. While Azanian revolutionaries know The Great March of the Chinese people by heart, they don't know this Great March by this great Afrikan warrior Manthatisi.

In that Great March, her people survived the guns of the British Forces near Aliwal North. She however had some energy left to drive the BaTau and BaFokeng communities across the Lekwa River, which the colonialists denamed the Vaal River. She marched on to dislodge Khosi Moshoeshoe and his people from Butha-Buthe.

By this gesture we are celebrating our Queen who was so feared by her rivals that they soon believed she was a monster that had one eye on her forehead. They attributed the strength and viciousness of her people to a myth that she fed them her breast milk. Though she experienced the challenges of leadership and tasted the sweet taste of power, she never forgot that she led on behalf of her son. Once Sekonyela had come of age to take over, Manthatisi handed power over to him in 1824.

If it so happens that women find themselves powerless and vulnerable under patriarchy and sexism, they should remember that they have a role model in that great warrior Queen Manthatisi.