A Letter to Mkhulu Mangaliso Sobukwe

Where do I begin? My heart is heavy with emotion and I have so much that I wish to share with you Mkhulu wami. I was just two years old when you were taken from us 42 years ago. Your death remains a painful mystery to some of us, and we continue to wonder whether we will ever get a credible and satisfactory account of the factors that led to your demise, on 27 February, 1978, in Ga-Kgosi Galeshewe.

You may be interested to know that the hospital (Kimberley Hospital) where you took your last breath, 42 year ago, has now been renamed after you. I am not sure how you feel about this or what it means in the context of what you lived for.

I decided to write this letter to you to share my thoughts with you about where I think we find ourselves as Afrikan people. We learn from the older generation of activists about your glorious deeds and the immeasurable sacrifices you and your peers made, in defence of our natural right as Afrikans to be human beings worthy of dignity and respect, in the land of our Ancestors.

Even though I and those of my generation never had the privilege of meeting you in life, you have nevertheless had (and continue to have) a profound impact on me and many of my generation. For all you have done for us Mkhulu Hlathi, I wish to thank you from the depth of my soul.

Mkhulu wami, today my heart bleeds profusely when I look at where we as Afrikans find ourselves. Not just in Afrika, but all over the world. One of the things that the system of white supremacy (that you spent your life fighting against), has been able to do, was to infiltrate Afrika’s native movements, whose original mission was to achieve total liberation from foreign domination for Afrikans.

These movements have now been turned (willingly so) into puppet like instruments, that are now under the control of the very people they are supposed to fight against. One of the major consequences of this has the sweeping wave of colourful declarations (across the Afrikan continent), of false independence, freedom, liberation or sovereignty.

In my view Mkhulu wami, there is not a single independent or free Afrikan state today. Not one! Besides, as you know, what we today call ‘Afrikan states’ are actually slave compartments in a large plantation that was designed by a grand gathering of the generals of white supremacy in Berlin, from 1884 to 1885.

Mkhulu Hlathi, your warning that “We must be the embodiment of our people's aspirations”. Seems to have been deliberately ignored by Afrika’s political aristocracy. Even though we refer to them as ‘Afrikan leaders’, the truth is that many of them are in fact puppets of the Europeans and other foreign groups in Afrika. 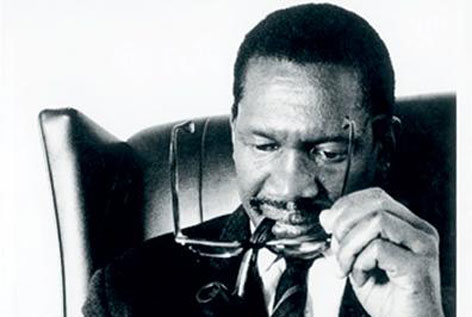 Their major preoccupation is how much of Afrika’s wealth they can steal for themselves, their families and friends. Even more repugnant, as they engage in this gluttonousness hyena-like frenzy, Afrika’s poor are condemned to a rat-like existence.

This while they have secured a ‘better’ education for their children and they and their spouses can afford the luxury of flying in and out of Afrika, to get medical treatment, from some of the 'best' medical institutions in the Western and Asian world (while the people who vote for them die every day of preventable diseases).

The situation in South AfriKKKa, (a colonial cubicle you know very well) is no different from the rest of Afrika. The liberation that you and others gave your lives for, remains an elusive dream. Like in many parts of Afrika, South AfriKKKa’s native political aristocracy has proudly declared its version of false independence.

A false declaration that is embellished with a white constitution, a revised flag and national anthem, Black presidents, ministers and parliamentarians, all of which have not resulted in the most fundamental goals of the Afrikan liberation struggle: the return of the land to its rightful owners (Afrikans) and total independence from foreign domination.

In a nutshell, like the rest of Afrika, South AfriKKKa, remains nothing else but a Criminal-European-colony. Mkhulu Hlathi, the truth is that (at least the way I see it), your warning in 1949, that we must “Watch our movements keenly and if you see any signs of ‘broad mindedness’ or ‘reasonableness’ in us, or if you hear us talk of practical experience as a modifier of man's views, denounce us as traitors to Africa”, has begun to manifest, painfully so.

I am afraid to report that, even in South AfriKKKa, the movements (your own movement included) that were originally formed with the sole mission of securing total liberation for the natives, seem to have been swallowed by the neo-colonial wave that has swept across Afrika from the mid-20th century.

Even though they quote you every once in a while and invoke your name every February, they too have now embraced a dangerously reformist brand of status- quo-maintaining politics that are based on the defence of the Kempton Park constitution. 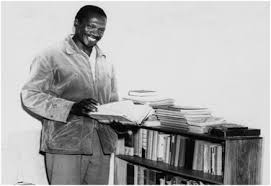 Also, it may not surprise you to learn that the project that was aimed at erasing you and any trace of authentic Afrikan Nationalist/ Pan Afrikanist thought, is still in operation. Today, even the “traitors of Africa” seductively quote you and use the language of Afrikan Nationalism/Pan Afrikanism/Black Consciousness.

They are doing all this to advance the criminal European project of giving legitimacy to South AfriKKKa’s anti-black neo-colonial project. In fact, even some of those who denounced and demonised you in life, are today delivering lectures in your “honour”.

Finally, Mkhulu Hlathi, it does seem to me that, if any of the natives or the movements we belong to, are to maintain any association with your glorious name, we will have to take a moment to step back and honestly reflect on the question: what makes us worthy of association with the name Mangaliso Sobukwe?

I honestly think that, today, many of us and the movements we belong to, have become what you aptly refer to as the “traitors of Africa”.

As we mark the 42nd anniversary of your mysterious death, it is my sincere wish that, we will focus less on the ceremonial rituals and radical-sounding by meaningless speeches, and rather dedicate much of our time to having honest conversations that seek to address the question: what really happened to the Afrikan Nationalist/ Pan Afrikanist/Black Consciousness project in South AfriKKKa?

Thank you for the honour of your audience Mkhulu Hlathi. If I may, I would appreciate it if you can send my love and appreciation to Mkhulu Muziwakhe Lembede, Mkhulu Solomzi Mda, Mkhulu Zephaniah Mothopeng and many of our other Warrior Ancestors who have transitioned.

Please assure them that not all of us take their sacrifices lightly and that, with our imperfections, we will do our best to ensure that the ultimate objective of the fight they were part of, is attained.