There is something special about July for us in the Black world. Last month, we marked some of the most significant anniversaries in Black history.

It was also the anniversary of the passing of the great Mkhulu John William Coltrane last month. Coltrane is generally regarded as a jazz great, but a closer look at his short but profoundly impactful life indicates that he was much more than that.

Through my study, I have discovered that he was not only a jazz genius but also a father, husband, philosopher, thinker, and activist whose voice fought against the racial terror unleashed by the United States of AmeriKKKa.

One of the tunes that reveal his political consciousness is Alabama. It is believed that Coltrane wrote the track in response to the 16th Street Baptist Church bombing on September 15, 1963.

In Birmingham, Alabama, four Black girls were murdered in an attack by the Ku Klux Klan. They were Addie Mae Collins (14), Cynthia Wesley (14), Carole Robertson (14) and Carol Denise McNair (11).

Coltrane's multidimensionality enabled him not only to influence fellow jazz musicians, but also the lives of those who encountered his music. 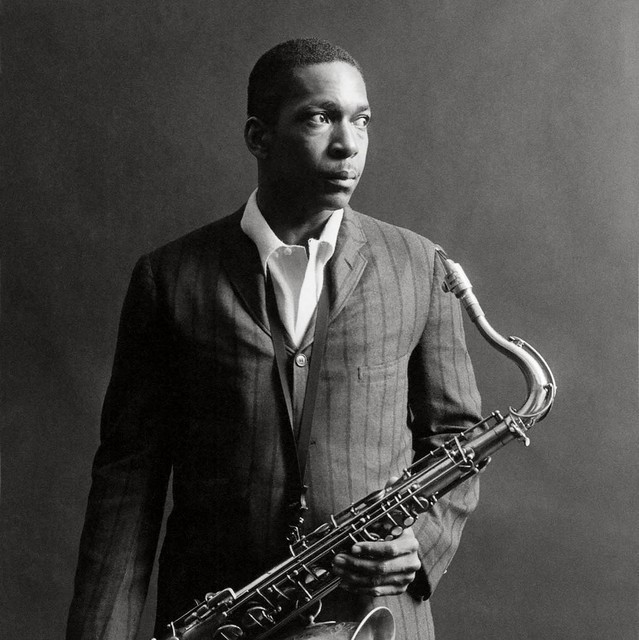 For me, two anecdotes help us to gain some sense of the immeasurability of Coltrane’s creative gifts and his capacity to impact the lives of others (including those he never met in the flesh).

The first is a story of a Black South AfriKKKan doctor who upon learning of the passing of Coltrane, decided to close his medical practice for a couple of days, and made his way to the US to go and say farewell to Coltrane.

The second is the description given by his second wife, the divine Gogo Alice Coltrane, of his state of mind at the time of creating his timeless album, A Love Supreme.

“It was so interesting when John Coltrane created A Love Supreme. He had meditated that week. I almost didn't see him downstairs. And it was so quiet! There was no sound, no practice!

He was up there meditating, and when he came down, he said, 'I have a whole new music!' He said, 'There is a new recording that I will do, I have it all, everything.

“And it was so beautiful! He was like Moses coming down from the mountain. And when he recorded it, he knew everything, everything. He said this was the first time that he had all the music in his head at once to record.”

At the time of his passing on 17 July 1967, Coltrane was only 40 years old and yet, the totality of his work and impact is timeless and immeasurable.

While his life as a Black man and father also embodied elements of our troubled and often contradictory existence as Black bodies, it also serves as a testimony of our capacity as Black bodies to reinvent ourselves and unleash our genius on the world.

Coltrane was not just a musical and creative genius and epoch-defining artist. He was also a spiritual master teacher and celestial wonder.

He was a Black man who was so imbued with integrity that his most important musical compositions were based on introspection and acknowledgment of his frailties. Such was the measure of Coltrane.

This year, I thought I would conclude my tribute to Mkhulu Coltrane with a selection of some of his words. Words which enable us to peer into the soul of his mind.

- “My music is the spiritual expression of what I am — my faith, my knowledge, my being...When you begin to see the possibilities of music, you desire to do something really good for people, to help humanity free itself from its hang-ups...I want to speak to their souls.”

- “I start in the middle of a sentence and move both directions at once.”

- “My goal is to live a truly religious life and express it in my music. If you live it, when you play there’s no problem because the music is part of the whole thing. To be a musician is really something. It goes very, very deep. My music is the spiritual expression of what I am - my faith, my knowledge, my being.”

- “After all the investigation, all of the technique-doesn’t matter! Only if the feeling is right.”

- “I would like to bring to people something like happiness. I would like to discover a method so that if I want it to rain, it will start right away to rain. If one of my friends is ill, I'd like to play a certain song and he will be cured; when he’d be broke, I'd bring out a different song and immediately he’d receive all the money he needed.”

- “You can play a shoestring if you're sincere.”

- “There is never any end. There are always new sounds to imagine; new feelings to get at. And always, there is the need to keep purifying these feelings and sounds so that we can really see what we’ve discovered in its pure state. So that we can see more and more clearly what we are. In that way, we can give to those who listen to the essence, the best of what we are. But to do that at each stage, we have to keep on cleaning the mirror.”

- “I believe that man is here to grow into the fullest, the best that he can be. At least this is what I want to do. As I am growing to become whatever I become, this will just come out on the horn. Whatever that’s going to be, it will be. I am not so much interested in trying to say what it's going to be. I don't know. I just know that good can only bring good.”

- “Overall, I think the main thing a musician would like to do is give a picture to the listener of the many wonderful things that he knows of and senses in the universe. . . That is what I would like to do. I think that is one of the greatest things you can do in life and we all try to do it in some way. The musician is through his music.”