It was with despair, to receive the dreadful news on Monday morning, 6th of July 2020 that South African Professor Ntongela Masilela, had transitioned to the ancestral realm. At the time of his death, it is noteworthy to read that the faculty directory of Pitzer College (an undergraduate liberal Arts and Sciences Institution), in the United States of America (USA) to date still depicts Masilela, as a Professor Emeritus of Creative Studies and World Literature, whose expertise namely included ‘Third World Literature’, ‘Commonwealth Literature’, ‘Central European Literature’, ‘African Literature’, ‘Latin American Literature’, ‘Literary Theory’, ‘Postmodernism’ and ‘Ancient Asian Literature’. The latter supports the view, that having been a fundi of global literature, Masilela was one of South Africa’s foremost scholars of global culture. General allusion to him, animatedly ranged from ‘intellectual African historian’, author, film scholar and Marxist, who much to both ‘his own’ and South Africa’s loss, lived the bulk of his life traversing continents, as though a ‘native of nowhere’, dating back since 1962, when he left South Africa, to USA. 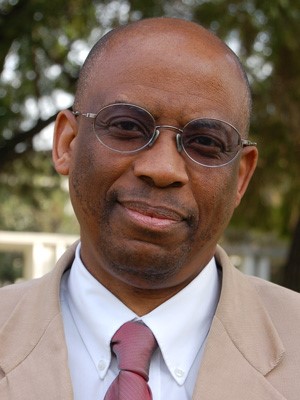 I vividly recall that I first learned about Ntongela Masilela in 2008, at Stellenbosch University, while I was an overzealous Political Science student, enrolled for a Master’s degree in International Relations (IR). This was during a spontaneous dialogue, with fellow student Athi Mongezeleli Joja (who was then a fine Arts student and is presently an Art Critic). Our interaction took place while we were at the computer lab, called Humarga and I had shared with Joja, my lack of progress, with my master’s enquiry, concerned with ‘Africa’s Contribution to IR’. I was exploring (frustratingly without much success) for possible avenues, which I could explore when drawing from Es’kia Mphahlele’s oeuvre, in the context of the aforementioned theme. So Athi Joja suggested a list of scholars, worth considering and Ntongela Masilela, was one of them. I then researched about him and discovered his ‘New African Movement’ website, which captured pioneering ‘black’ South Africa intellectuals, from Tiyo Soga in 1862 et al.

Ever since then and over the years, I have exchanged emails with him, regarding my ongoing interest in African Literature. As typical scholars, we agreed as much as we differed, often to the amusement of those, who were present to witness our collegial repartee. Sadly unbeknown to us all, his last visit to South Africa in March 2019, would now be recalled as having been his farewell. Professor Masilela’s passing away, should arguably be one of the renewed reasons, why we ought to advance further, against cultural epistimicide in our local syllabi. Indeed the highest honour to bestow on any erudite scholar, is to continue to engage their works, which they have left behind. Adieu/ Fare ye well / Hamba Kahle / roballa ka kgotso ntate Ntongela Desmond Joseph Masilela!