In the early hours of Wednesday February 23rd, South African hip hop and style icon, Rikhado Makhado-aka Riky Rick- took his own life at his northern Johannesburg residence. He was only thirty four years old.

South Africa, still reeling from the shock of losing actor Patrick Shai and media personality Kuli Roberts, was plunged into another whirlpool of sorrow. It was yet another moment to engage in much-needed collective reflection.

What could have compelled Riky Rick to choose that irrevocable route? To press the irreversible self-destruct button as it were?

He had his annual Cottonfest music jamboree coming up. He had recently secured a partnership deal with African Bank and had won an award at the inaugural Amapiano Awards ceremony. By most accounts, things looked good, or so it seemed. Coupled with the fact that he looked and probably smelled great and ensured that he burnished his social media image and made it impeccable.

But upon deeper scrutiny, there were a number of disturbing signs. At intervals during shows, he solemnly urged his fans to check up on their friends, to be nice to one another. He was almost philosophical in his repeated pleas for civility, mutuality and what South Africans call ubuntu. It appeared he was drawing from the well of heartfelt experience.

He had called the music industry “a dark and lonely place”. A scene filled with smoke and mirrors and marred by toxic social phoniness. Ultimately, Riky turned out to be too sensitive for such an inimical ambience. And yet he lived for hip hop, kwaito and amapiano - in short, music generally. His quandary is one faced by innumerable creative types. How does one maintain the love for art in spite of the ruthless demons who man the gates of the industry? 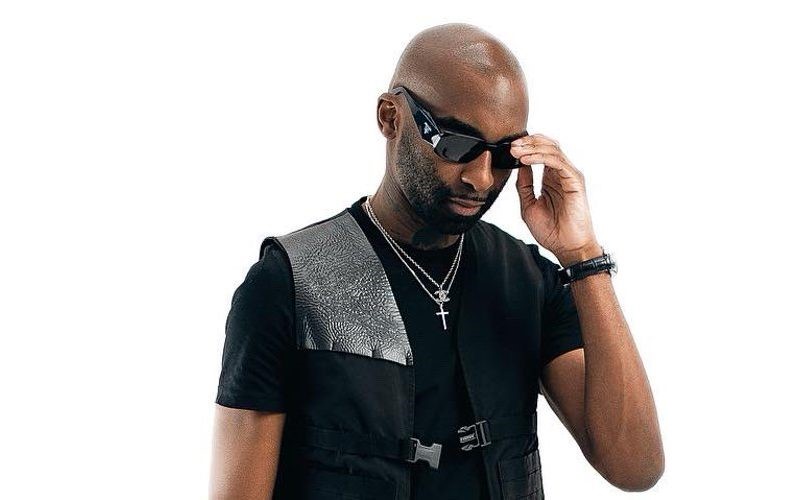 His 2020 song, “Home”, is, in retrospect, eerily prescient. He raps about fake friends, the unbearable pressures to please mom and family often at his own expense. He rails about being entrapped in an untenable position in which he acts not for himself but for others. It seemed like the prolonged altruism wore him down, broke him down. He raps about escaping to some nondescript unknown and then returning “a stronger man.”

All his heartache, sheer longing and rueful disappointment are evident in “Home”. But of course, no one cared to listen properly let alone read between the lines. Undoubtedly, a large part of the deception lies with Riky himself. He seemed eminently capable, ever ready to don his competitive hat in the uber-adversarial hip hop game. He loved the big score, the unmistakable ekasi-certified signature swag, and the street cred amid ever-jostling egotistical homies angling for that elusive lick. And so it was difficult to sense his pain, his no doubt, horrifying loneliness, and the bone-chilling agony beneath the evanescent gleam of showbiz glitz.

Apparently, Riky didn’t learn to just say no. He always had to wear the brightest smile in the room even when he was being eaten up alive from the inside. Even though the dead-weight he bore on his shoulders had simply become suicidal.

The notes relating to his suicide for his wife Bianca, and kids, Maik and Jordan, are characteristically sweet and well-considered. They contain so much beauty and sincerity, but more importantly, so much mystery. Why? Not much is revealed. The bitterness of having such beauty cut short, snatched away at the blink of an eye is heart-wrenching. His parting words are as follows:

Dear Bianca, this pain is too much. I don’t want you to blame yourself for my life being unbearable. This was the greatest period of my life. You gave me more love than I deserved. Please do not blame yourself. Live your life. Don’t hide the light you gave me every day.

yourself. Live your life. Don’t hide the light you gave me every day. The pain I feel is too much to deal with. The voices in my head have never gone away. I wish I was stronger but I am not. Please forgive me. I love you so much. Be happy. Smile. Everything is okay now.”

These words were penned for his son, Maik;

“The other night Maik said he wants to be just like me. Not better in the sense of useless achievement, but better as in choosing the right path for his heart. Follow your passions, my son. Your world is bigger than anything you could ever imagine. I love you.”

And to Jordan, he wrote;

“Keep each other close. Love each other. Please don’t blame yourself. I cannot take the pain. I love you. “

Riky Rick’s passing immediately re-opened conversations about the problems of contemporary masculinity. It also prompted a reconsideration of the ever-present “boys don’t cry” tropes that stunt emotional development while at the same time entrenching patriarchy. The question of mental health also resurfaced. There is so much uncomfortable silence, shame and stigma attached to the mental health of men. Until quite recently, depression was considered a taboo topic in hip hop. Hard-core purists still view it as a no-go area, the genre-breaking interventions of key US rappers Scarface, Joe Budden and Kid Cudi notwithstanding.

Perhaps an even deeper issue is that Riky most certainly over-estimated his talent. He believed he wasn’t granted his dues by a neglectful industry and also that he might have been on the same level as Tupac Shakur and Kurt Cobain. Finally, he was obsessed with the glamorous and fetishised idea of dying young. But the simple truth of the matter is that he only produced a couple or so bona fide hits, was no Tupac or Cobain and he exceeded the mystical death- at- twenty-seven bracket-ala Robert Johnson, Jimi Hendrix, Jim Morrison, Janice Joplin and Jean-Michel Basquiat - by a ludicrously wide margin. Artistically, he seems to have had a disproportionately huge ego which was concealed rather stylishly with deceptive feel good vibes, camera ready smiles and a vast wardrobe of designer attire.

Whatever his limitations as an artist, he more than made up for them by the largeness of his heart as human being. During his March 1st funeral service, friends and family testified that he was love personified. Aspects of Riky’s complex personality became much clearer. A Hilton educated schoolboy raised in KwaMashu. A style-obsessed super-fan of hip hop who often found himself lodged in the scene of the ghetto-bred genre of amapiano with the likes of Mr JazziQ, Busta 929, Amaroto and Mpura. Arguably, perhaps his melding of township swag and worldview with US spawned hip hop isn’t as effortless as say a HHP, Kwesta or KO. Nonetheless, he was always regarded as one- of- the- boys in whatever clique he found himself.

There was no father figure in Riky’s life to teach him that failure can indeed be transformed into an admirable art. That failure can become critical life-saving and strategic pauses in one’s existence where one is permitted to draw deep re-invigorating breaths. And in those rejuvenating moments that are considered failings in the public eye, we are miraculously able to re-discover the absolute wonder and magnificence of being alive. When unsigned ampiano star, Sir Trill, cancelled shows scheduled for last Xmas due to exhaustion, he was hauled over hot coals. Yet he really ought to be congratulated for knowing the precise moment to duck. No one schooled poor Riky about the art of failure-as a necessary stop-gap measure, as a momentary lapse and withdrawal- in relation to deftly prolonging life.

*Sanya is author of several books and works at the Institute for Humanities in Africa (HUMA), University of Cape Town.