Singer Songwriter, Ncebakazi Manzi’s Music Invites Audiences to be in Conversation with her through the Questions it Asks

First question: How do the politicians and police officers responsible for the Marikana massacre, and shareholders who benefited from the mine, sleep at night?

Second question: What wisdoms about sex and sexuality are held in isiXhosa folk songs?

Third question: Can music hold all of our grief in the context of anti-Blackness?

These are but three of many questions that singer songwriter, Ncebakazi Manzi, will be asking through her music in an intimate show at Chiesa di Pazzo Lupi in Melville on Friday 29 July. 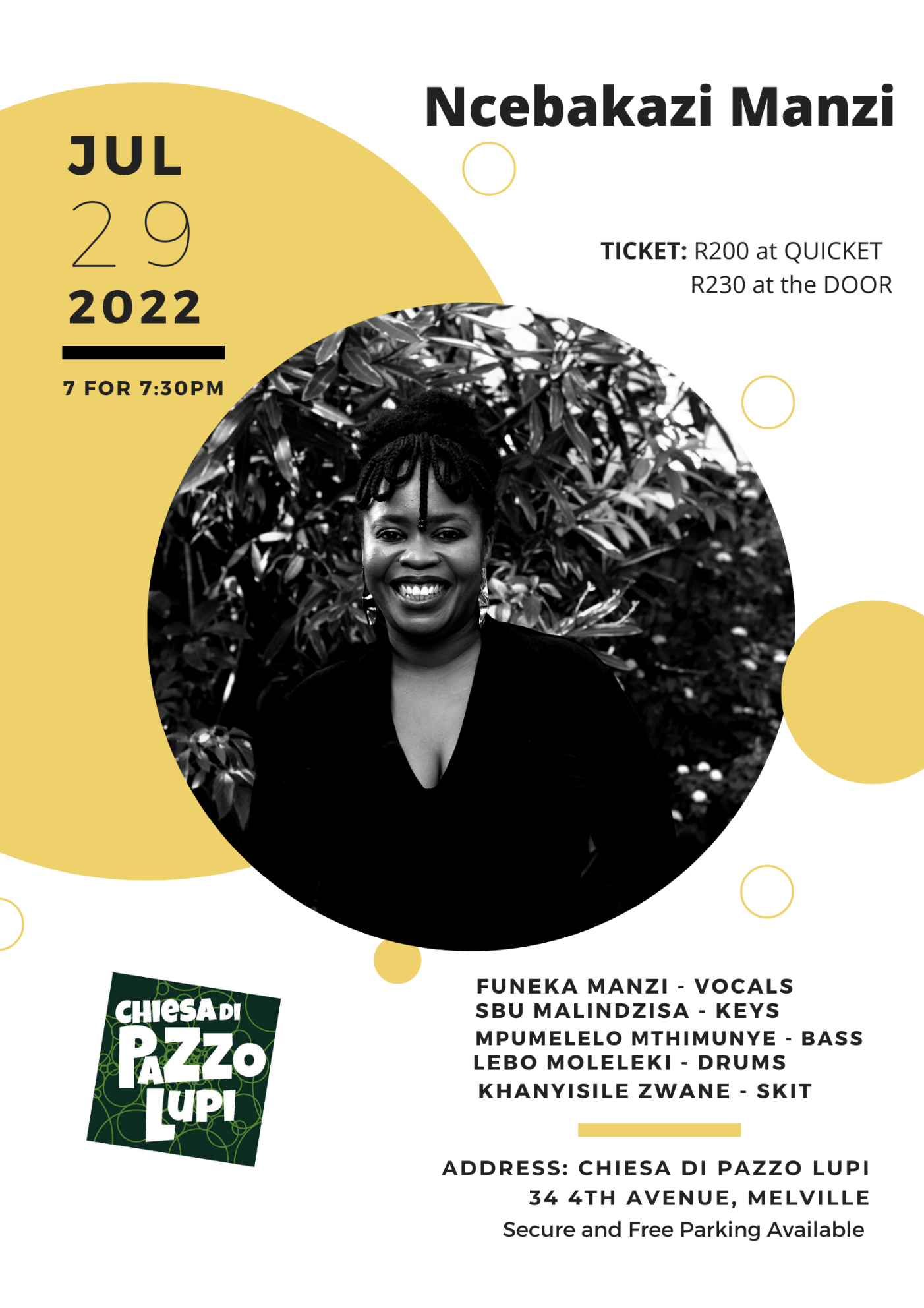 She will be joined on stage by Funeka Manzi on vocals, Sbu Malindzisa on keys, Mpumelelo Mthimunye on bass and Lebo Moleleki on drums.

As part of Ncebakazi’s intention to keep prodding at her own creativity and collaborate with others, she has invited Khanyisile Zwane to experiment with adding her theatrical imagination to a song about work stresses.

Ncebakazi has been writing songs since the early 2000s and staged her first solo show in 2020. She also writes essays in English and IsiXhosa.

The show promises to be a fulfilling and layered experience.

Tickets are available at Quicket and at door. Here is a link to the show: Quiket: NCEBAKAZI MANZI - CHIESA DI PAZZO LUPI, MELVILLE