Stevenson is pleased to present Lost and Found, a solo exhibition by Serge Alain Nitegeka. Using sculpture and painting, the artist continues to give form to intimate experiences of forced migration.

In Lost and Found, Nitegeka offers tactile and conjectural works of ambiguous material and weight that articulate narratives of displacement, in particular his own experiences and those of refugees and asylum seekers in central Africa.

'The objects they made came in all sorts of shapes and manageable sizes. No one knew what the other had cocooned inside. All they had in common was their function: to carry their belongings. The objects were nondescript; the contours revealed nothing save for abstract shapes and whatever else could be imagined. The objects were made from familiar objects: old suitcases, buckets and basins. From daily use, wear and repair, the objects turned out complex and beautiful. The once familiar objects morphed into hybrid unfamiliar objects. Suitcases were enlarged and wrapped in beddings, tent tarps and PVC sheeting. Two plastic basins were melt-glued together into makeshift luggage, whatever the moment called for. Crude fabricated objects that were delightfully minimalistic emerged – objects in flux fashioned by time and circumstances.' 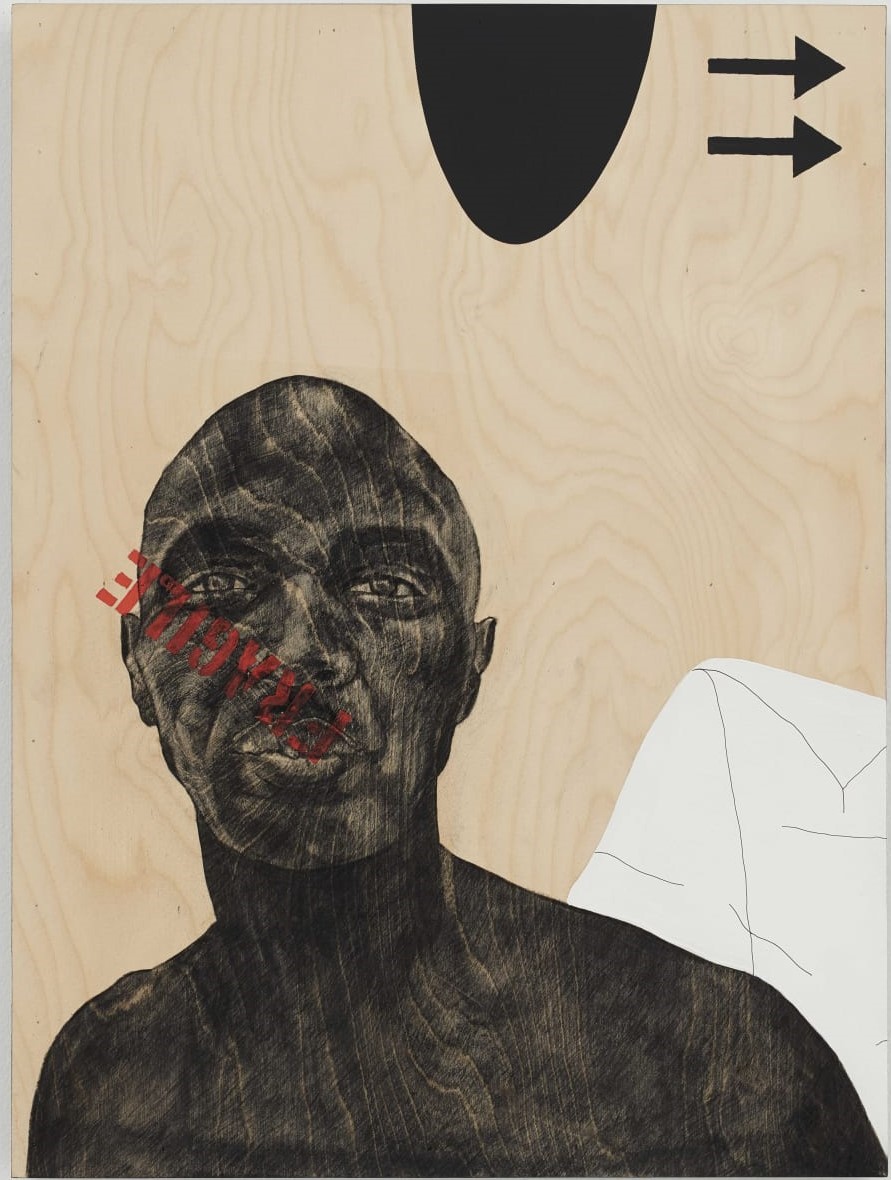 Their objects were vessels of memories of their former selves and monuments to whom they had become. When they were forced to leave their homes and cross borders, they lost their identity. Across the borders, they began to identify themselves with the objects they made and carried. Their objects belonged to everyone and to no one, lost and found in time and place.

*This is Nitegeka’s seventh solo exhibition with the gallery.