Black is King - A Fulfilment of Aspiration for International Blackness

There were significant references in Beyoncé’s 2016 Lemonade that established her as a Black feminist pop culture icon. Drawing a narrative from the experiences of Black women in America, influenced by a continuity of slavery, racism, sexism, violence and police brutality, she summarily proclaimed “a curse will be broken”. She displays the inherent power in women which they have often been taught to suppress, due to visible erasure in early Black civil movements and feminist movements, cultural dysphoria and body marginalization.

For an album and film that centred African-American experiences, Lemonade became a body of work that in many ways represents the lives of women globally. Despite Beyoncé’s classed standpoint, the project was a creative way of refracting transversal politics in a way that did not trump difference within classes of women. The references to the Yoruba goddess, Osun; and Senbanjo’s the Sacred Art of the Ori hinted Beyoncé’s search for meaning and creative demonstration in African narratives. With Osun, she found her motherist expression: a woman who fiercely protects her children from her enemies and whose wrath will visit floods in the homes of those who hurt her followers.

Being the designated face of Disney’s Lion King reboot, Beyoncé produced an accompanying album called The Gift, which she described as "a love letter to Africa". The Gift was a joint project with many African superstars: Wizkid, Tiwa Savage, Tekno, Shatta Wale, Burna Boy, Mr Eazi, Yemi Alade, Busiswa and more. This moment of simultaneous global visibility for these artists was met with positive reviews, even more as they rightly got all their credits and royalties. Although, there were critics who questioned the incorporating of West and South African artists for a film that had its roots in East African musical traditions. The trope of sameness used to represent African identities is, without doubt, problematic. For a continent with over one billion people dispersed in five regions (North, East, South, West and Central Africa) with individual peculiarities in food, fashion, hair, music, dance and more, the American recreation of African identity is often myopic, as it erases social identity categories of race, culture, colour and class within the continent. While it might serve the aspirational mindsets of African-Americans, it assumes and reinforces stereotypes that Africa is a single entity of people who live under the same conditions. This can make African-Americans play into the same standpoint of oblivious privilege that often mimics white standpoints. 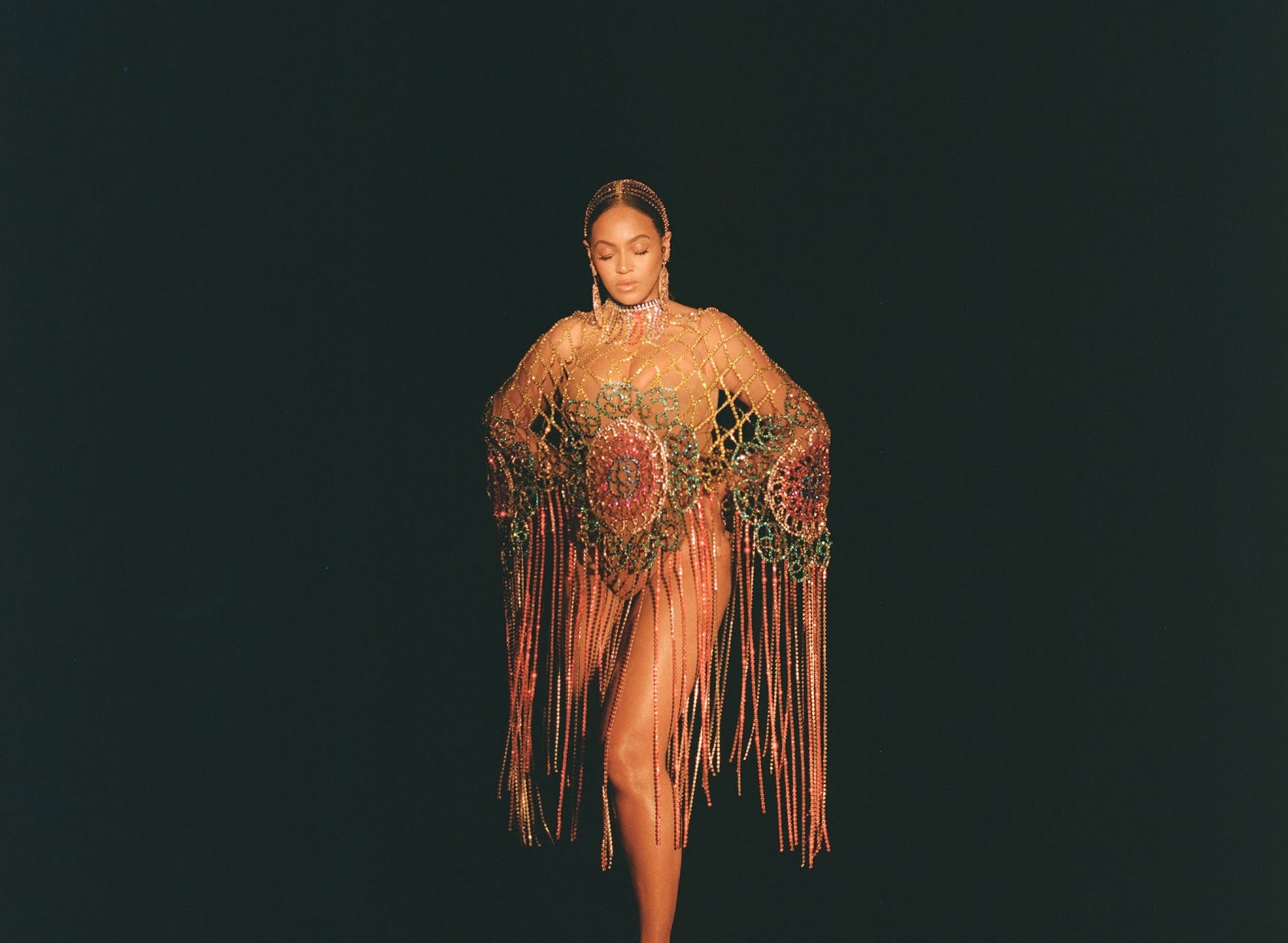 Still, Africans who call out Beyoncé must also realize that while her narrative ties to the African race, it is not her duty to reflect geographical and contextual realities of Africa. Drawing from Nigerian inferences, music and film are often odd reenaction of Western experiences which are at odds with actual realities. From the curious blend of disturbingly foreign accents permeating radio and film to post-millenniums who cannot speak their mother-tongues, we seem determined to interpret our experiences via Western standpoints which we can never truly have. As such, a little feature of something akin to Africanness in foreign narratives piques the interest of the average Nigerian, “maybe it is not so bad after all to wear our hair this way; oh, now it's fashionable to dress this way…”. The African culture of reflection is, therefore, often an outward-inward consideration for many persons within the continent. So Africa celebrated The Gift, perhaps even more than the Western world who were much more preoccupied with the movie, a reboot of a global favourite.

A year after the release of the album, the hype was significantly reduced. If there had been plans for a tour to promote it further, Covid-19 surely put that to rest. However, following the horrible killing of George Floyd, which sparked simultaneous protests across the world, Beyoncé announced that she was going to release a film to lift the spirits of Black people called Black is King. Heralded by the anthem, Black Parade, it was easy to presume that this was going to be a supercharged film-length version of the Formation video which expressly condemned police brutality. But the trailer revealed that it was to be a re-imagination of the rebooted Lion King.

There were several reservations from users online questioning why Beyoncé was still pushing narratives of exotic Africa in 2020. More so, the film was dedicated to her son, Sir Carter, informed by police brutality targeted at Black men. Of course, assuming that violent or fatal experiences at the hands of the police are exclusive to Black men is horrendously wrong. This is the reason for Kimberlé Crenshaw’s #SayHerName which curates Black female experiences and reinforces #BlackLivesMatter movement to make for an inclusive struggle against state-aided violence and systemic racism. With Black is King, Beyoncé attempts a re-education on heritage and identity for African Americans: “To live without reflection for so long might make you wonder if you truly exist.”. Yet, with Beyoncé undisputedly straddling the spaces of capitalism and social movements, Black is King becomes an unprecedented statement and fulfilment of aspiration for international blackness.

Minna Salami’s Sensuous Knowledge speaks on the forgotten history of international blackness, and her propositions form the basis of this argument. Salami argues that for persons of Black African heritage, being Black is the glue that connects us with empowering and non-Eurocentric significance. For Salami, there is a pride in the physiology and the African heritage that belongs to all peoples, even those whose ethnic lineage were disrupted by the transatlantic slave trade. An acknowledgement of this shared lineage thus ties to post-modernist understanding and expressions of freedom, joy, revolution and reconfiguration, detached from usual stories of dissent. This acknowledgement also justifies the 2003 constitution of the diaspora as the African Union's sixth region. This claim has, however, been continuously disregarded by persons referred to as ADOS, American Descendants of Slavery, prominently led by Yvette Carnell. This group maintains that historic ADOS narratives must be separated from African narratives. As such, there must be a socio-political distinction between persons who descend from slaves and persons who descend from slave-trading lineages. For the ADOS, their stories begin with slavery, and so, Black is King was an unnecessary step backwards. 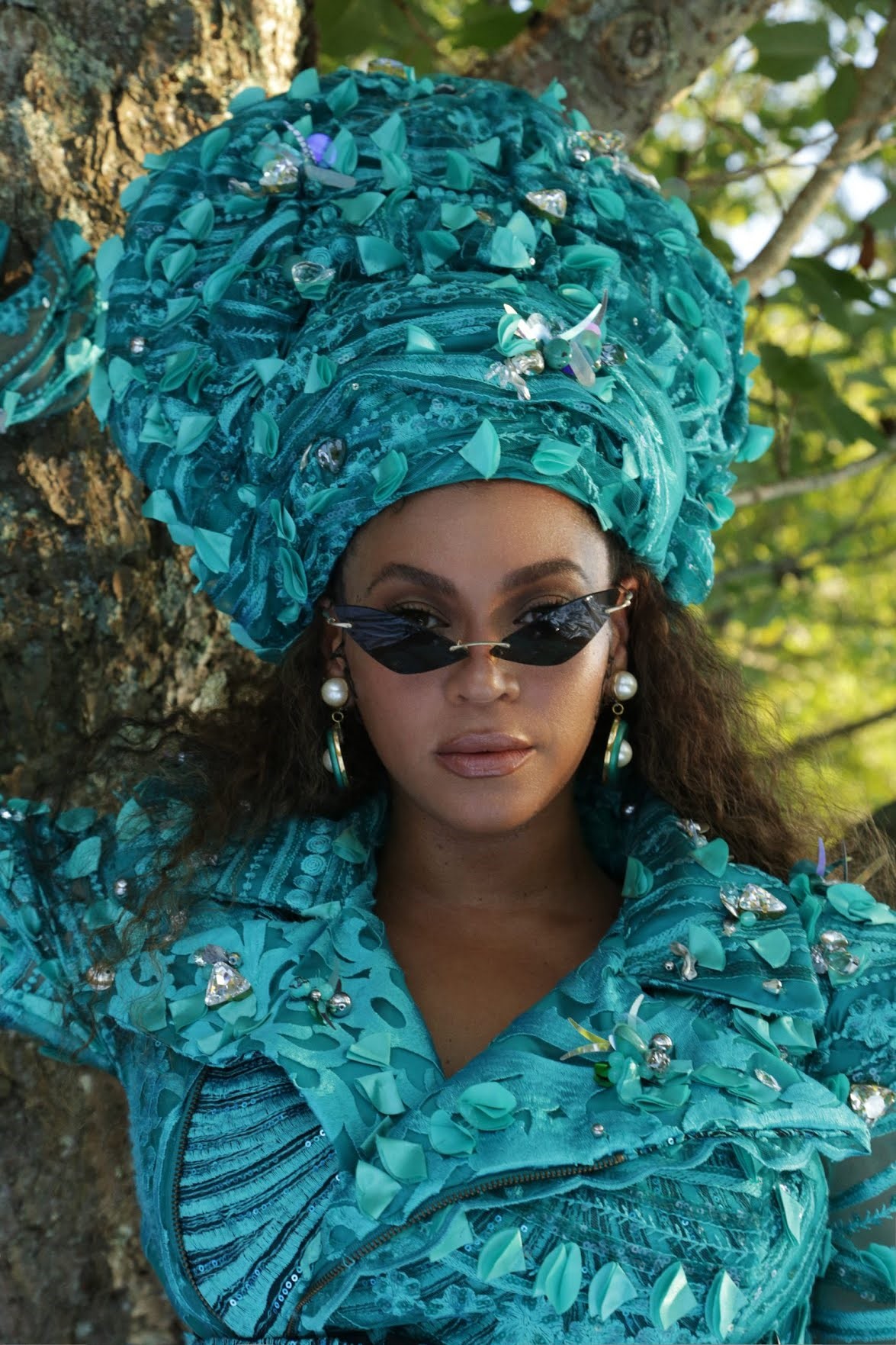 Rightly so, a journey through the history of enslavement reveals that slave trading in Africa preceded the transatlantic slave trade. Forced early migration had been sustained by merchant-princesses, among others, and slaves were historically othered within the continent. Those who boarded the ships were not new to their bondage, except for persons who were deceived into forced captivity by scheming acquaintances. However, ADOS centering slavery experiences might be subjective. Piers Larson’s Horrid Journeying presents that the same number of slaves remained on the continent as those who boarded ships. As such, the narrative of the African diaspora must also be drawn towards the continent, where there are persons in areas of Sudan, Sokoto in Nigeria and more, who are also descendants of slavery. Herbert Klein’s writings significantly narrate that by 1850, there were more slaves in Africa than there were in America. This African tale of enslavement is often silent in narratives of the African diaspora. Still, by all indications, Africa is also an African diaspora for descendants of slaves.

With this complex tale of dissent characterized by horrid stories of bondage, perhaps like Minna Salami argues, it is time to move beyond shifting narratives of dissent. Black is King thus becomes a reflection of narratives of joy and freedom. Beyoncé recreates her identity; a creation seeped in African aesthetic politics and globalization. The question, “who are you?” is answered by Beyoncé in a display of high-end Afrocentric fashion, billion-dollar wealth, close-knit family and African mythological references.

For African-Americans, African descendants of slavery, and even Africans who do not share experiences of bondage but who have been externally othered by colonisation and/or apartheid, Black is King fulfils a statement of aspiration. From My Power to Brown Skin Girl, Beyoncé reiterates that she must free herself from reductionist categories, and fulfil the aspiration she shares with her ancestors who were in bondage. Arguably the most celebrated artist in the world, Beyoncé achieves a privileged identity that her ancestors could only dream of. She finds her way back in the most significant power move of the decade. So for a young girl listening to Brown Skin Girl who is told or shown that her skin is not pretty or good enough, Black is King becomes a powerful reference point for herself and future generations that might come through her. For Africans within the continent who cloak their accent, looks and viewpoints to fit into Eurocentric perspectives, Black is King is also a call to Ja Ara e (free yourself).

1
Black is King - A Fulfilment of Aspiration for International Blackness