The EFF is deeply saddened by the brutal racist murder of Anele Hoyana by a white farmer, Fritz Joubert from Geluksdal Gonubie in East London over the weekend.

In a circulating video on social media, the white man can be seen calling Anele Hoyana satan, whilst referring himself as a god. He keeps telling him to kneel and Anele, who is carrying his two-­year-­old child, bows. In another video, the white farmer can be seen insulting and beating what appears to be the body of Hoyana with the back of a rifle.

The reports of Police and close friends indicate that Hoyana was temporarily staying at the farm with his family. The white man was working on breeding wild cats, for a tourism business. On Saturday morning an argument ensued in which Fritz overpowered Hoyana, held his family hostage, an infant and a two-­year-­old child.

Fritz called his neighbours to help him, but they in turn called the police. The police arrived on site, to a Fritz who tried to fight his way, disarm them of their rifle. They overpowered him in a fight that led to his death.

This is an important story that should be on all our headlines. All major papers and news cables should be leading with this terrible anti-­black Farm murder committed by a white Springbok T-­shirt wearing racist man. The man videoed himself; meaning he wanted the world to know his actions, his words. He wanted his victim to be identifiable; he even promises him a punishment due to him.

This is a powerful image that many in our country may find hard to accept. Many more prefer to live in denial, a false euphoria created by the very politics of the Springbok T-­shirt warn by the racist, black hating perpetrator. 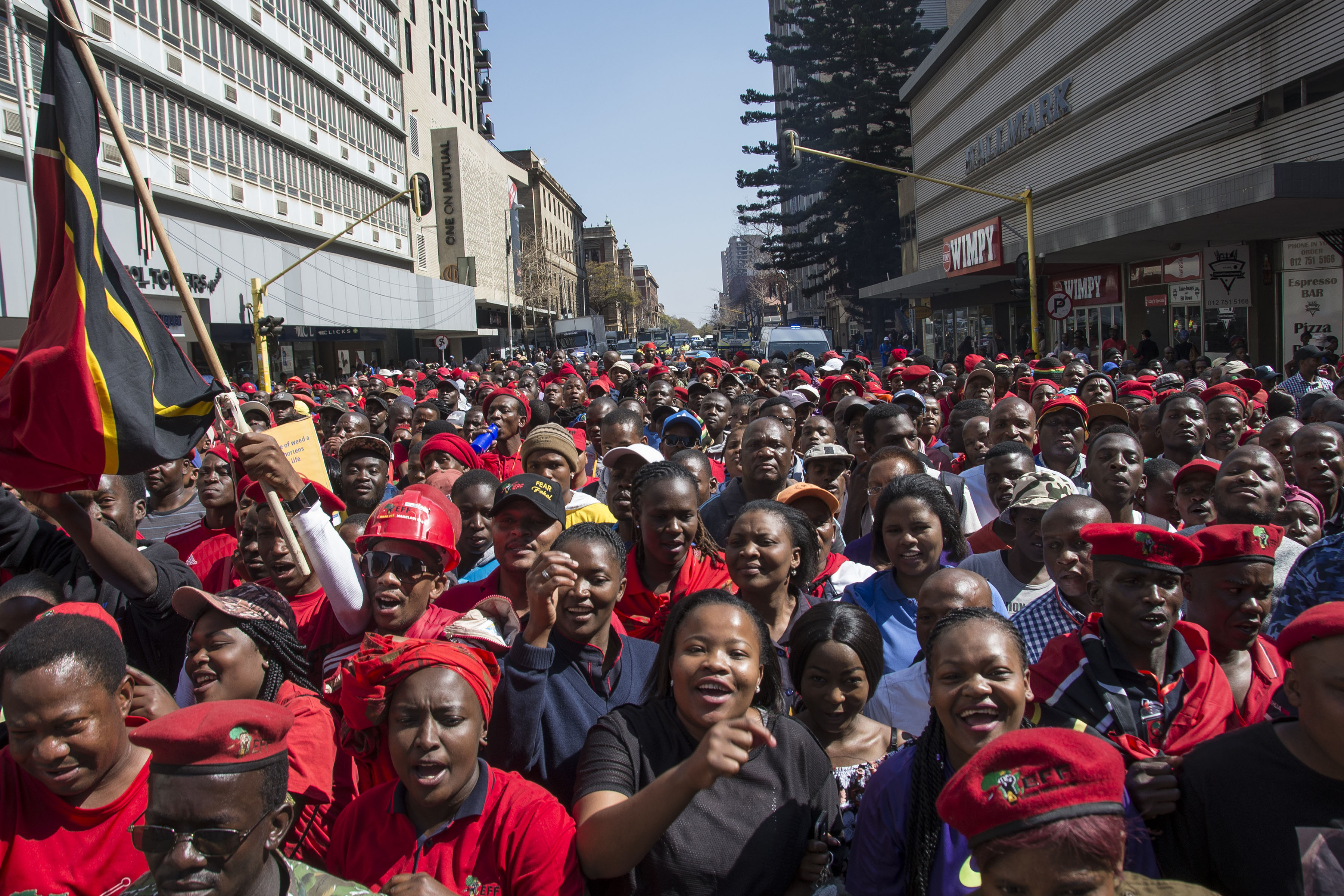 Many more cases of black humiliation and dehumanisation exist across the country. Many black people have to kneel, in fact they live on their knees in constant dependence on white mercy and patronage.

The image of Anele Hoyana, with his two-­year-­old child in his arms, kneeling on the instructions of the white farmer, videoing himself, represents all black people in our country. From the President to the humblest of us, we live on our knees begging our existence from the racist white domination machinery. The black government is like Hoyana, carrying the entire black race on its arms, kneeling each day, begging for jobs, land, water, education, sports, bread, shelter from whites. In exchange, black people receive violence, humiliation, dehumanisation and death.

We extend our heartfelt condolences to the Hoyana family and close friends. May his soul rest in perfect and unconditional peace.

Whilst we do not agree with a death sentence, neither will we ever agree to extrajudicial killings; that Fritz was killed on the scene for trying to also subdue policemen to his mighty god-­sized racism, is truly comforting. Nevertheless, many more white people live with Fritz in their hearts; they remain committed to anti-­black racism and will never accept black people as their equals.

Anele Hoyana found his fate in the hands of a white racist twenty-­five years after democracy. In front of his children and wife, a white racist farmer humiliated him to death. In his memory, we must end anti-­black racism and the starting point to such a future is the return of the land to black people.

Power of Music in Sudan: The Sounds of “Organised Chaos”