For her first solo exhibition with the Stevenson Johannesburg, Rahima Gambo intersects ongoing series with works created in Johannesburg during a short residency in advance of the show. This new iteration foregrounds how relationality and feeling are central to her practice. Gambo describes her way of working as ‘less about seeing, more about sensing between objects to create a third space, an alternative territory that evades the “capture” of the camera and eludes the enclosure of linear, fixed narratives’.

Bird Sound Orientations is anchored by notions of psychogeography that Gambo began exploring with Tatsuniya, an ongoing collaboration between the artist and students from Maiduguri, Nigeria. Translating from Hausa as ‘tales’ (folk or fairytales), Tatsuniya centres improvisation, childhood and colloquial methods of self-development. Across these video works and photographic images, students are seen playing in scenes choreographed during collaborative workshops.

In an extension of this series, new two-dimensional works combine found imagery sourced from Nigerian science text books, urban planning manuals and school colouring books that Gambo has collected since 2015. These are presented in an environment made immersive through a dramatic interplay of scale, form and media. For Gambo, this complex visual articulation is intended to reflect how the work itself is informed by pedagogical processes, socialisation, and collective and situated constructions of self. Interspersed throughout are collages from A Walk, Gambo’s experiential, multimedia ‘narrative mechanism’. Of this she states:

“As I walked in Maiduguri, Lagos, Abuja, I saw my body as a porous tool, a carrier bag, where all sorts of a refuse of multisensory information could be gathered during the documentary process. I started to think of A Walk as a time-driven sculpture and I found a fluid continuum that moved between concepts of photography, drawing, moving-image and sculpture. As I walk, I am taken by the idea of a vast invisible circulatory system, a labyrinth within and around me that I am connected to, using the motifs of mapping, journeying, growth and nature … As I “Walk” I think about how I can mend a rupture, build a bridge, stitch a gash, and put back together the pieces of something, perhaps a body fragmented in the landscape.” 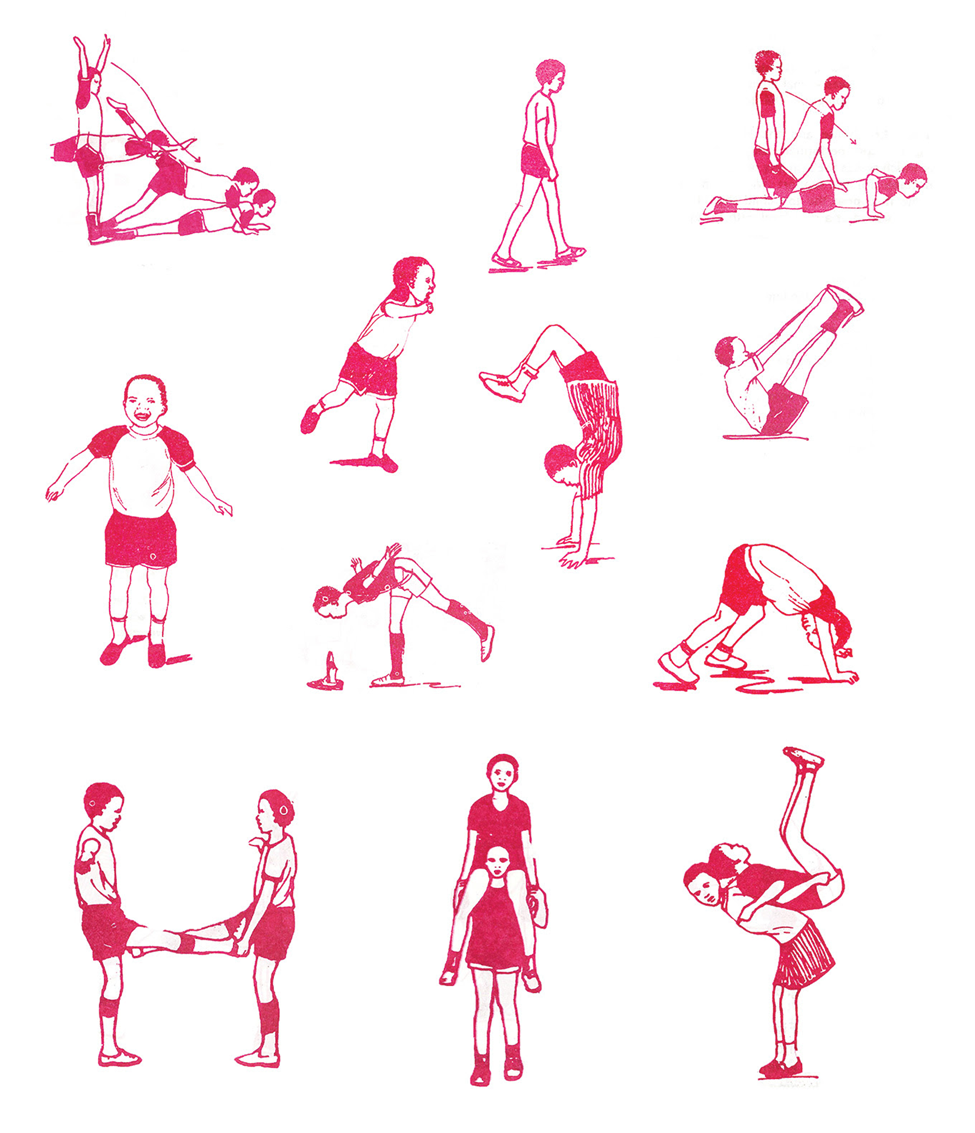 The proposition of a third territory that lies outside the standardised and normative forms of communication is taken further with the installation Nest-works and Wander-lines – constituted of clay, soil and copper – and the video Instruments of Air. Here, movement, symbols, signs, gesturing, tracing and silence are expressed in the work as preferred modes of understanding the world.

The constellation of sonic, tactile and spatial explorations presented in Bird Sound Orientations makes manifest Gambo’s overarching preoccupation with the development of ‘embodied’ language systems. In what she has described as an evolving dialogue with the documentary form, she proposes ways of imagining a new lexicon of visual storytelling. She writes:

“What new directions or ways of seeing are possible when we reorient our bodies as not separate from but with the subject of our focus, becoming-with, becoming-bird. Through a certain type of bodily porosity, playful pivots, detours, offshoots, lines of flight and listening, perhaps a hierarchy can be disrupted, a bridge woven, a refrain discerned between photographer and subject.”

The exhibition opens on Saturday 26 March, 10am to 1pm.