The Essence of Being Black

Since the beginning of time, an eternal question continues to be posed: what is the essence of being Black?

Those who have attempted to dissect this vast and complicated topic have found it almost impossible to answer. This ranges from conglomerates who want to cash in on so-called Black money to others who use cultural appropriation to benefit from Black people.

This is evident in various organisations’ marketing collateral, where all of a sudden it is appropriate to use vernac and popular kasi terminology such as “Ayoba” and “See—riiii---ous”. But, on the other hand, they are probably just going with the times, as more Black South Africans form part of the middle and upper classes, dictating what the country’s economic landscape looks like.

This three-part romcom African holiday feature is set against the familiar backdrop of a Black, South African wedding. Just from that line, it is either you get it, or you don’t.

Beauty is about to get married to the lover of her life, but her troublesome older sister, Tumi, interferes most diabolically. As with all Black families, the tale would not be complete without the alcoholic uncle, “extra” aunties, dramatic siblings, and fiercely guarded family time. 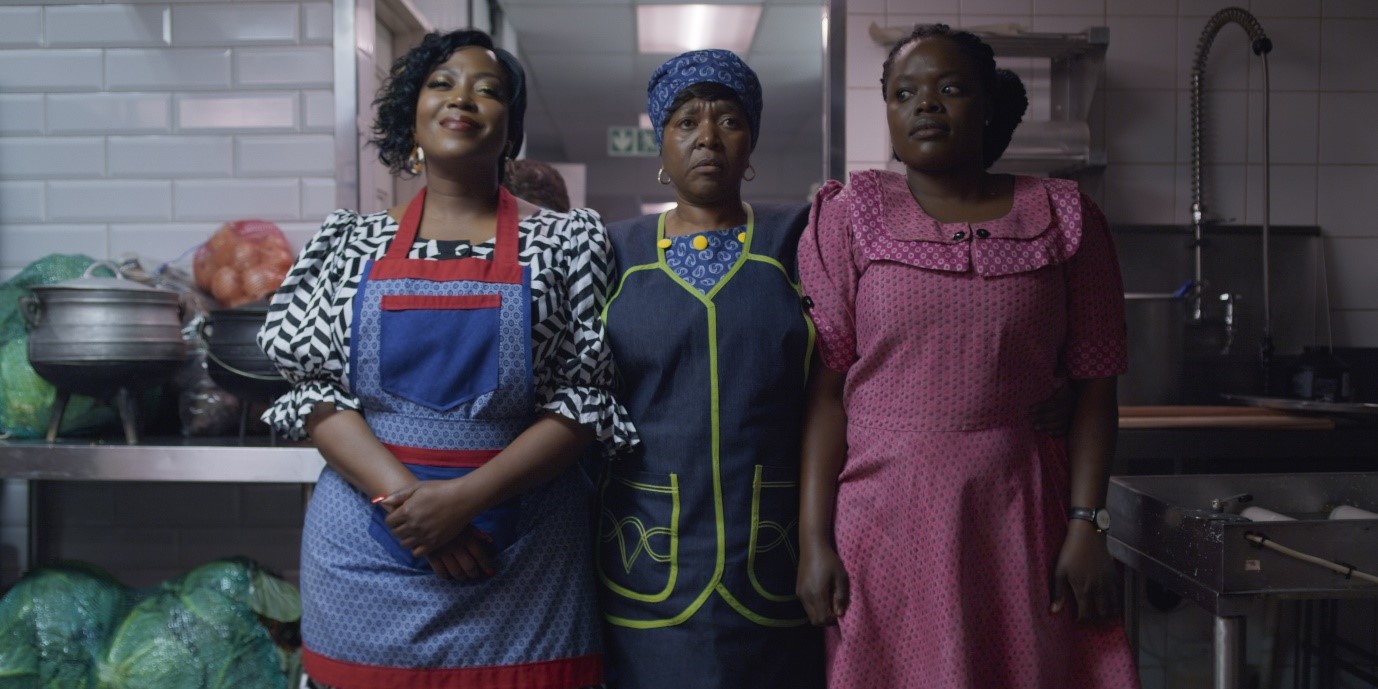 This is where the Netflix original is so ingenious: it uses humour to demonstrate all the various layers of a modern Black family. In modern-day South Africa, every Black family has members who have made it financially vs. those whose surname is SASSA; those who fiercely believe in tradition vs those who are into all things modern; those who are fluent in English and those who politically pronounce it “cow-ntry”. With these being some of the explosive and often hilarious dynamics at play, how can How To Ruin Christmas: The Wedding not be the choice feature for the festive season?

Without being condescending like a Tyler Perry movie, nor being toilet humour-like, as with Leon Schuster skits, and somehow at the same time avoiding being too political and making (blatant and political) references to apartheid, it tells a wonderfully balanced story that masquerades as a wedding.

Topics around homosexuality, interference of parents and in-laws, the hierarchy of siblings, patriarchy, and the significance of that drie-voet (three-legged, cast iron pot) are all handled with Nando’s like aplomb.

The significance of How To Ruin Christmas: The Wedding is not merely what others are billing as a feature that reminds us of the Nineties clothing brand FUBU: For Us, By Us. It is so much more than that.

The production also fuses an apt soundtrack that induces nostalgia via Brenda Fassie’s Weekend Special, brings on the obligatory “wedding step” moves thanks to Malaika’s Destiny, and makes you refer to yourself as “bae” courtesy of the Amapiano hit, Emncimbini by Kabza De Small and DJ Maphorisa, featuring the rest of South Africa’s musical entourage.

This is a production that shows that as a Black person, you belong. You belong in Joburg’s swanky Four Seasons Hotel while driving in your Gusheshe. You belong in the most rural parts of Nkandla, while you bring along your helper as your proxy to peel veggies for a cousin’s sister’s brother’s mother’s wedding. You belong at an upmarket Polo tournament, wearing a multi-coloured shirt, an ode to Trompies. You belong in the business-class section of the airplane while foregoing a suit and rocking Bathu shoes and a Loxion Kulcha hat. You belong overseas. You belong in Africa. You belong here. You belong there.

1
The Essence of Being Black