‘Khomo e Kopanya Lichaba’ began as an investigation into urban farming in Soweto and unfolded into an unintended journey of self-discovery for photographer, Kabelo Mokoena. First encountered as an unusual scene at an intersection in Orlando West, the sight of livestock in the city, compelled him to spend two-years with local farmers and herdsmen who imparted their understanding of rearing and trading of livestock as an inter-generational profession and family legacy. South African journalist, Pontso Pilane layers Mokoena’s images with her reflections on this journey and the experiences of his collaborators who point to the social complexities of urban farming in the city of Johannesburg. ‘Khomo e Kopanya Lichaba’ is a seSotho proverb, meaning ‘a cow unites nations’ and reaffirms the significance of livestock to African cultures and to Mokoena’s journey into becoming a father and a photographer. 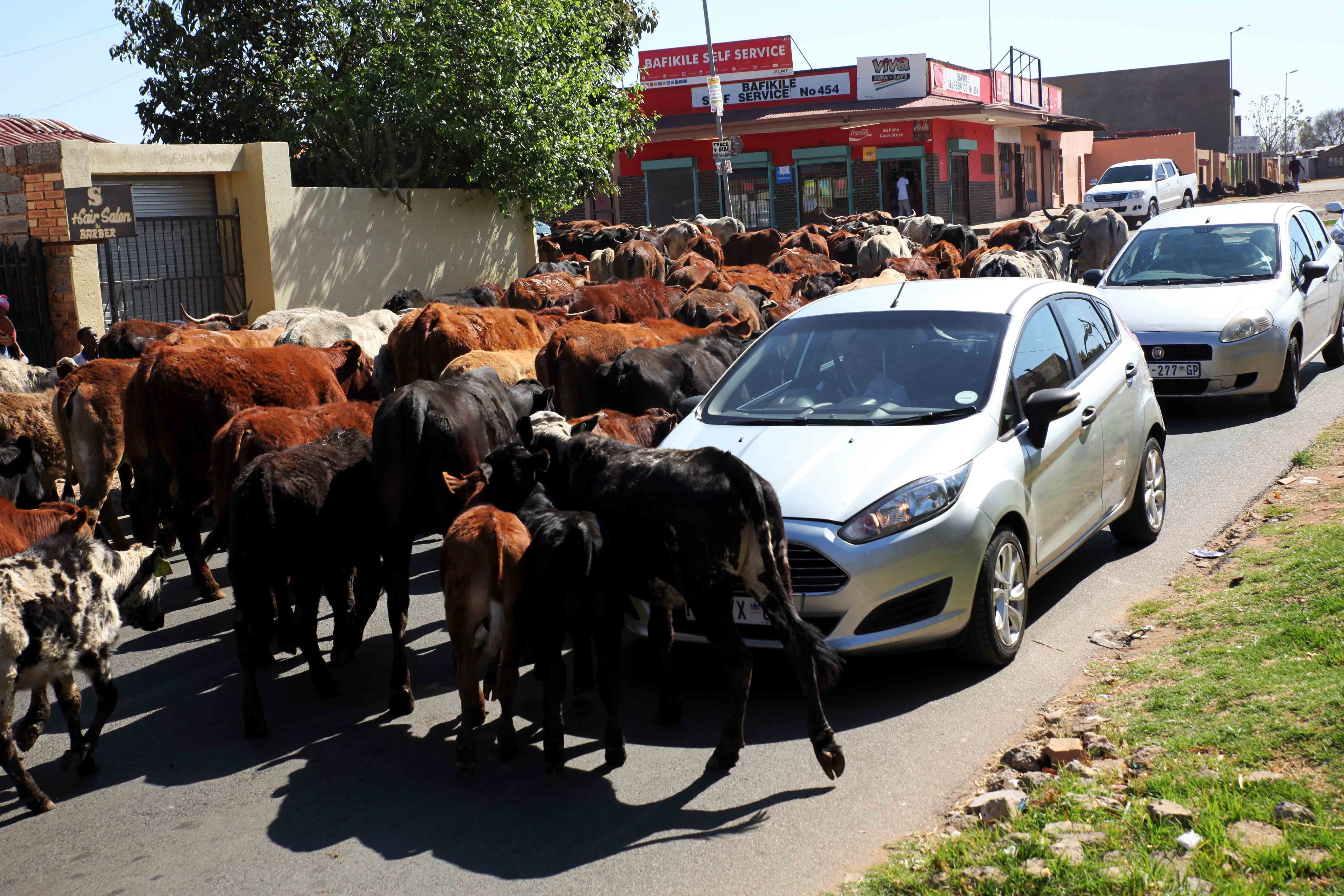 Kabelo Mokena (1995-) was born in Soweto, Johannesburg. In 2015, Mokoena successfully completed the Photojournalism and Documentary Photography Programme at Market Photo Workshop. In that same year, he interned at The Times as a photographer. In 2017 he joined the Sowetan newspaper. Mokoena’s work for the Tierney Fellowship documents the lives of people living on the outskirts of urban areas and depicts their rural way of life in these urban spaces. The work explores himself in relation to the lifestyle of these individuals who mostly migrated from neighbouring countries such as Botswana, Lesotho or who relocated from South African rural areas to settle on the periphery of townships like Soweto.

About the mentor, Andrew Tshabangu

Andrew Tshabangu (1966 -) was born in Soweto, Johannesburg, where he currently works and lives. His lifelong visual subject is the city and its satellite township on the southwest frontier of the African megalopolis. Tshabangu studied photography in the Eastern part of the city, at the Alexandra Community Art Centre, in 1990. He later studied photojournalism at the Institute of Advancement for Journalism, shortly in the wake of the new democratic dispensation. He would go on to make his name as a photojournalist mainly at the then-exulted New Nation, an alternative weekly published by the South African Catholic Bishops’ Conference. He has traversed the city and the countryside—in South Africa and elsewhere—with an ease born of deep familiarity and empathy, and in order to show everyday lives made meaningful by the rhythms of work, faith and leisure. His two decades-plus visual repertoire, the best of which was showcased at Johannesburg’s Standard Bank Gallery and Gallery MOMO in Footprints (17 Feb 2017 - 19 Apr 2017) was curated by Thembinkosi Goniwe.

About the writer, Pontsho Pilane 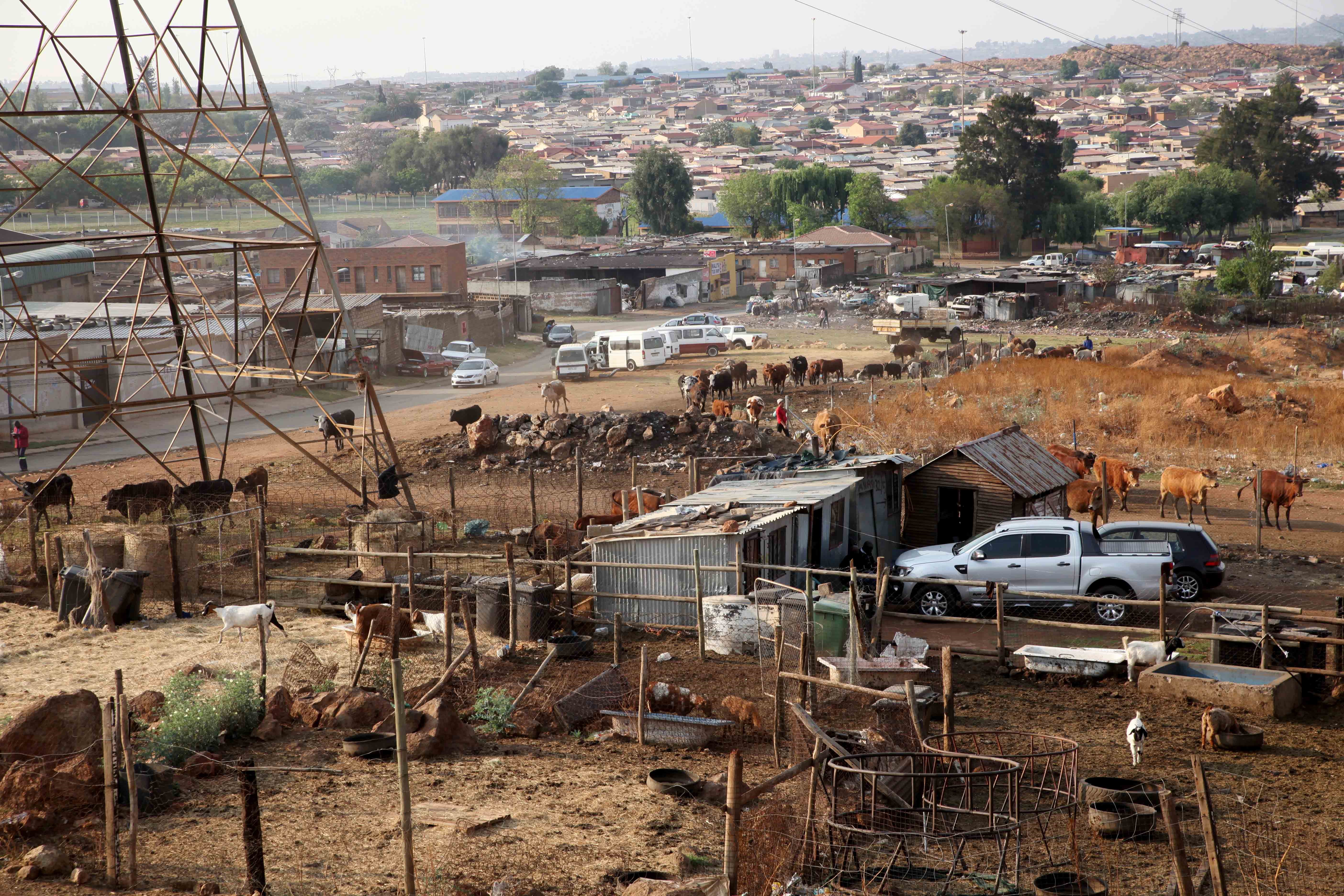 The Tierney Family Foundation created the Tierney Fellowship in 2003 to finds tomorrow’s distinguished artists and leaders in the world of photography and support photographers through challenges faced at the beginning of their career. The Tierney Fellowship ran for the first time in South Africa in 2008 with partner institutions such as the Market Photo Workshop, WITS School of Arts and The Michaelis School of Fine Art at the University of Cape Town. The aim of the fellowship is twofold: encouraging fellows to produce a new body of work and create a global community of artists that offer crucial support networks in an increasingly competitive field. The Fellowship supports recipients both financially, by way of a grant, and technically and conceptually, by way of mentorship and guidance from experts in the field. Fellows remain an important part of the programme after the conclusion of their structured mentorship. Seminars and critiques are held throughout the year to facilitate interaction between all current and past recipients, encouraging discussion about their photography, work experience and lives as artists.

The Market Photo Workshop also runs a number of Public Programmes, which are a series of events involving and directed at professional photographers, visual artists, educators, students as well as the broader public. These Public Programmes seek to inform the trends, practices, methods, and contemporary ways of working and thinking in South African photography practice through exposure to a broad understanding of visual culture as well as a networking platform that encourages critical thinking and engagements.

Showcasing a number of high profile local and international photographers, as well as student and alumni photography work, the Market Photo Workshop has been able to build a strong and consistent audience base around our gallery, ‘The Photo Workshop Gallery’ in Newtown, which is on the same premises as the school. Since 2005, when the gallery was initially launched, the kind of platform it has engendered encourages not only emerging students to experience and enter into professional practice, but has distilled a new type of photographic practice amongst the greater artistic community. Various critical discourses, especially around the role documentary photography, have been stimulated by the multitude of exhibitions that have shown at The Photo Workshop Gallery creating dynamic interactions between students and the greater photography community. In 2016, Market Photo Workshop relocated to its new state of art photography facility at Market Square premises by the Mary Fitzgerald Square.

Market Photo Workshop is the recipient of The Principal Prince Claus Award 2018.

The Market Photo Workshop is a division of The Market Theatre Foundation.