Knuckle City, the new movie by acclaimed director Jahmil X.T. Qubeka, and South Africa’s official Oscar submission for the 2020 Academy Awards, is set to put the Eastern Cape on the map.

A cultural melting pot, the rich heritage and diversity of the Eastern Cape with its vibrant people, and magnificent sights are what make this region so unique. The birthplace of legends like Steve Biko, Nelson Mandela and Thabo Mbeki, the province is the traditional home of the Xhosa people. But it’s also given rise to a phenomenally successful boxing culture, with Mdantsane and neighbouring East London known as ‘The boxing mecca’ of South Africa.

It’s this fascinating phenomenon that lies at the heart of Qubeka’s hard-hitting film. For more than three decades, Mdantsane has produced no less than 20 boxing world champions and more than 50 national champions, which provided the fodder for the plot. Beginning in 1994, ‘Knuckle City’ tells the story of Dudu Nyakama (Bongile Mantsai), an aging, womanising, professional boxer from the township and his career-criminal brother Duke (Thembekile Komani) who take one last shot at success and get more than they've bargained for.

Qubeka says the energy of the Mdantsane landscape and the visceral fight for survival that is palpable on the streets inspired in him a deep yearning to chronicle the lives of its people through film. “It is my intention to capture the essence of life in Mdantsane, and the restless pursuit of being a champion within a society that often dictates you are a failure. I am determined to give audiences a glimpse into a world rarely seen, and a deeper understanding of the multi-faceted individuals inhabiting our land.”

Appropriately, the gritty crime drama starts its Oscar qualifying run at Ster-Kinekor Baywest Mall in Port Elizabeth. The film will screen from 20 to 26 September to make it eligible for the Academy Awards in the category of Best International Feature Film.

Eastern Cape Premier, Oscar Mabuyane, says the government is proud to have provided funding for Knuckle City given the role that Jahmil Qubeka is playing in the advancement of the film industry in the province. “The film pays tribute to our local heroes, while also delving deep into the reality of their lives. The Eastern Cape Provincial Government is delighted that the film will screen at home first, and we wish the producers and the cast a successful road to Hollywood.”

Producer Layla Swart, co-owner of Yellowbone Entertainment production house, says it’s only fitting that its Oscar journey kicks off in the Eastern Cape. “Not only is the film a story about Mdantsane, but Jahmil himself was born there and the film pays homage to the many champions who fought all the odds to escape poverty,” Swart says. “The film will be playing to sold out shows and the people who provided the inspiration for the story will get to see it first, before it gets to Hollywood. When the film releases countrywide on 27 December, it will show at all Eastern Cape cinemas.” 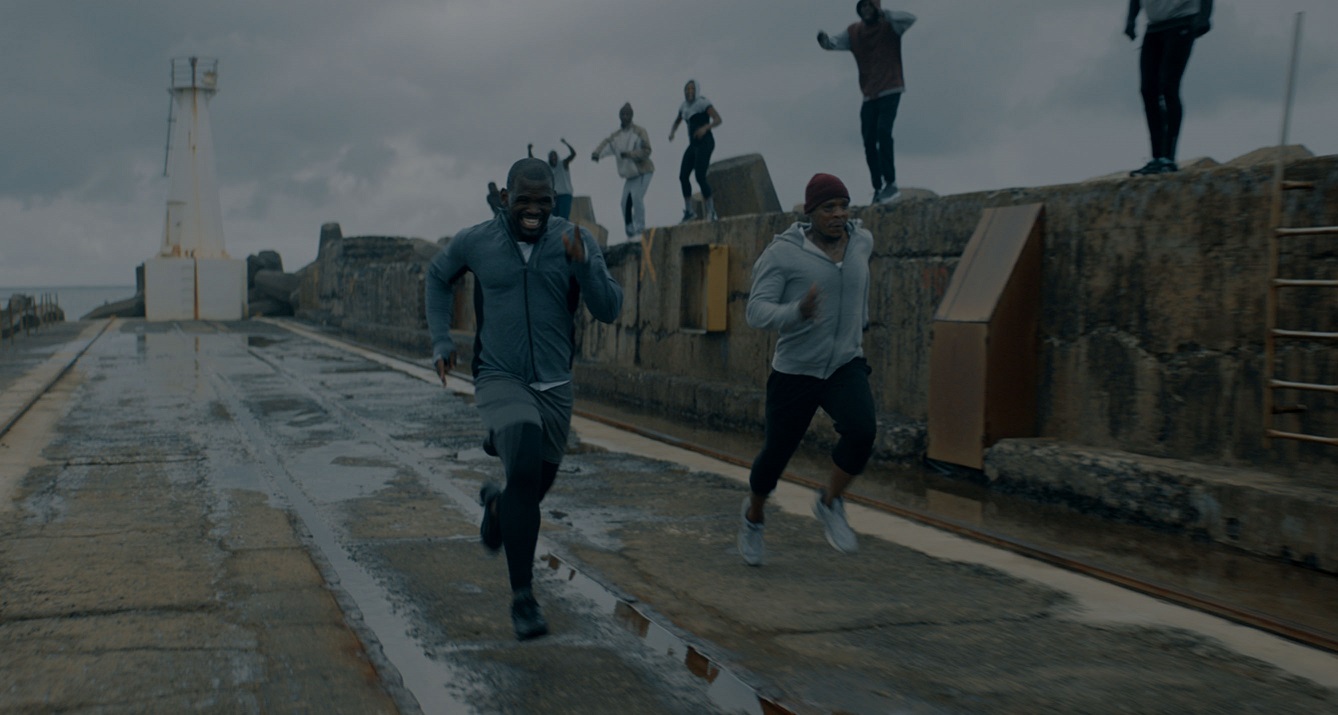 The film had its world premiere in the Contemporary World Cinema programme at the prestigious Toronto International Film Festival (TIFF) in September, where it screened to much international acclaim. No stranger to TIFF, Qubeka’s ‘Sew the Winter to My Skin’ played in Toronto last year, and ‘Of Good Report’ screened in 2013.

Knuckle City was co-produced by Yellowbone Entertainment and Mzansi Magic. It was funded by the Department of Trade and Industry, The National Empowerment Fund (NEF), The Eastern Cape Development Corporation, and the NFVF.

Knuckle City opens in cinemas in South Africa on 27 December 2019.