When I was growing up, the expression of love in my locale could at best be described as stolen moments because in all honesty, my grandfather, uMabhalane, uMantinyela engenyosi, uKhophokanethi ukhoselis’umuhlwa [insert ah-li-li-li-liiii!!], wayengabhenywa engensango. A reincarnation of Inkosi uShaka kaSenzakhona with perhaps the hard-headedness of his half-brother uDingane kaSenzangakhona, old Mabhalane imagined his Government Issue four-roomed abode a private autarchic island with its own legislative assembly, airport and border police. It did not help that he was abundantly blessed with offspring of the other gender because then, his abode unapologetically demanded airtight fortification that was truly fitting of an island king. Sadly, it also meant keeping watch all of the day’s 24 hours with his only trusted weapon in the Mabhalane arsenal by his side, the imvubu. Should you not know what in the primitive armament this shandies is, it is perhaps best you leave it at that.

Old Mabhalane’s children and grandchildren’s suitors from all walks had to acquaint themselves with both corners muscling the two ends of our street as momentary maroon stations while they’d sent for their beguiled prospective sweethearts via an unassuming teen who was promised a strawberry flavoured Yogi-Sip carton for their trouble. Akere in those days it was unheard of for boyfriends; prospective or not, to waltz into homes with the freedom of Gomora’s rodents and liberally behest temporary handovers of their sweethearts. Many a tale have been told about the consequences that befell those who have tried this. I can still recall being sent to retrieve my cousin Nomakhosi one winter afternoon by a determined, polished and fresh smelling gent in head-to-toe Samson apparel. Samson was the Polo and Pringle of the streets back then, before the company discovered the gold mine that is workwear. ‘Ngeke uphinde ulibone ishethi lakwaSamson! Sesagqoka amanyala weyndwangu kuleynsuku mnxim’ once said my septuagenarian pantsula uncle as he reminisced about his two-finger days, activities he hints at having participated in but vehemently denies in company like that chap denied a first century Jewish celebrity, after a feast at a local eatery – so reported the period’s best-selling tabloid. I digress. 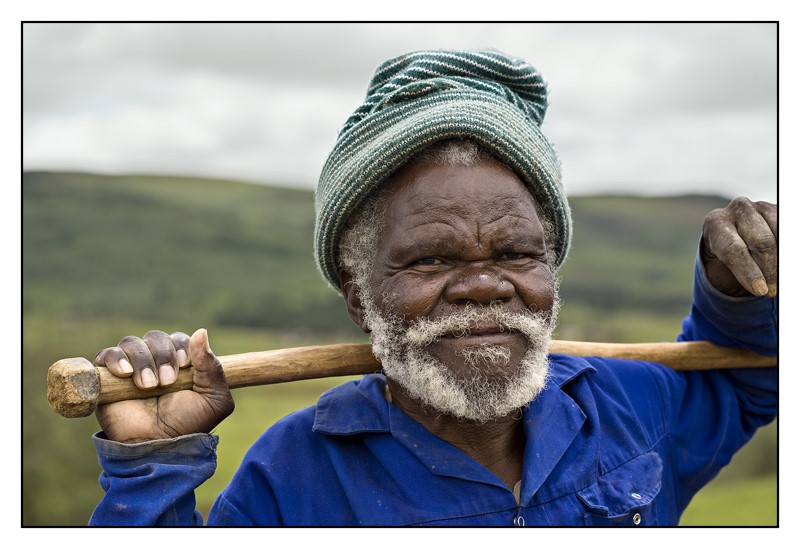 Always outside manning the frontier border-police-style, I naturally landed at his feet first before I could get to Nomakhosi. ‘Uban’ loyo? Uthi ufun’ubani?’ he barked as he sent me back, ‘mtshele uyeza’. It was a sight to behold seeing old Mabhalane march out of his island in a slanted Dobbs, knobkerrie in hand, on my now sheepish cousin’s heels. All the while muttering obscenities the only way a Zulu man knows how. On seeing his sweetheart trudge ahead of my knobkerrie-wielding grandfather, the lip-licking Samson clad fellow could suddenly only be spotted by his very much exposed diamond patterned socks as he bolted in the direction of the train station as I thought ‘eish, yahamb’iYogi-Sipi yami!!’. Had it been old Mabhalane’s earlier days, I am quite certain a wild high-speed chase would have ensued, the kind only ever seen on National Geographic. As it were, the old dog could only bark some pretty ear piercing threats in the direction of the now peanut sized suitor who cared less to even look back. I suspect that was the end of that situationship as to this day Nomakhosi would never be caught dead dating a less than spirited fellow, ‘indod’emadodeni! Hayi isdwedwe somfana nje esaziwa ngoFalakhe!’ she would say insisting that Falakhe should have not back-carried his ankles and ran but faced old Mabhalane if he really loved and wanted her. Needless to say, the old man would have reintroduced poor Falakhe to his ancestors had he gotten even a piece of him with his knobkerrie.

‘Yeyi, ngabe sikhuluma okunye kuyimanje kaMagwaza!’ he was heard saying as he recounted the tale of his heroics to his wife, our grandmother who giggled and savagely quipped ‘Hawu Mantinyela, ayikapheli kanti lento yokugijinyiswa kwabakhongi ubaba mhla naletha iynkomo?’. Apparently old Magwaza [my maternal great grandfather] detested my grandfather so much that on the day his uncles came up the valley herding a well-fed herd of Drakensbergers to ask for my grandmother’s hand in marriage, the old man lost his marbles and set his hunting dogs on them with him on their heels down the Babanango valley for most of that fateful day. Despite our curiosity on what became of the cattle, imvulamlomo and some of the shoes zikanokusho that were said to have mistakenly come off as the uncles took flight, we knew that a response would not be forthcoming. Naturally, Old Mabhalane did not like talking about this matter, but was heard mumbling a charming response to his beloved wife later that evening ‘Hawu Mamakhe, ngangingeke ngingakwenzi owami phela awuybheke nje nawe ukuthi unjani eh? OoTitosi basangbuka kabi nanamhlanje ngoba kuyimina owayinqoba inhliziyo yakho’. I imagine that conversation ended with some type of old people romance as old Mabhalane seemed intent on charming his wife’s Tommy’s off.