“When the praises go up to the heavens, the glory comes down and guides me and my brethren.
Taking L’s making lessons.
Counting blessings while stressing.
I pray the Lord alleviates and strengthens me.
May the Lord, stand before me to answer my questions and make sense of it all while i glide through the fall.”
– Crescendo by H’ And Them

In an interview with writer Mayuyuka Kaunda, Aluwani Thovhakale shares that his grandmother used to refer to him as a hermit, so when he got into poetry, he decided to adopt it as a pen/stage name. As he dove into other avenues, new characters started to pop up, but the Hermit has remained the main alter-ego, and as a result, the other names are grouped under “Them.” Hermit & Them other alter-egos.

With a catalogue as expansive as 70 songs (excluding contributions on other people’s songs), it is paramount that we brush over previous full-length (Albums and EPs) releases before we get into Undone. That level of productivity deserves special recognition. I am not claiming to have gone through the whole catalogue. Still, given his excellent exhibitions in Eternal Sunshine (Album), Ray Charles (Single) and H & THEM – EPISODE 5 (a visual performance on YouTube), if you listen to the previous projects, you will be in for a treat. His vulnerability, intoxicating melodies and lyrical prowess have made bumping his music on par with unearthing a box of long-lost letters from an old friend. Both the Spotify and SoundCloud artist description sections simply spell out the words “A musical experiment.” 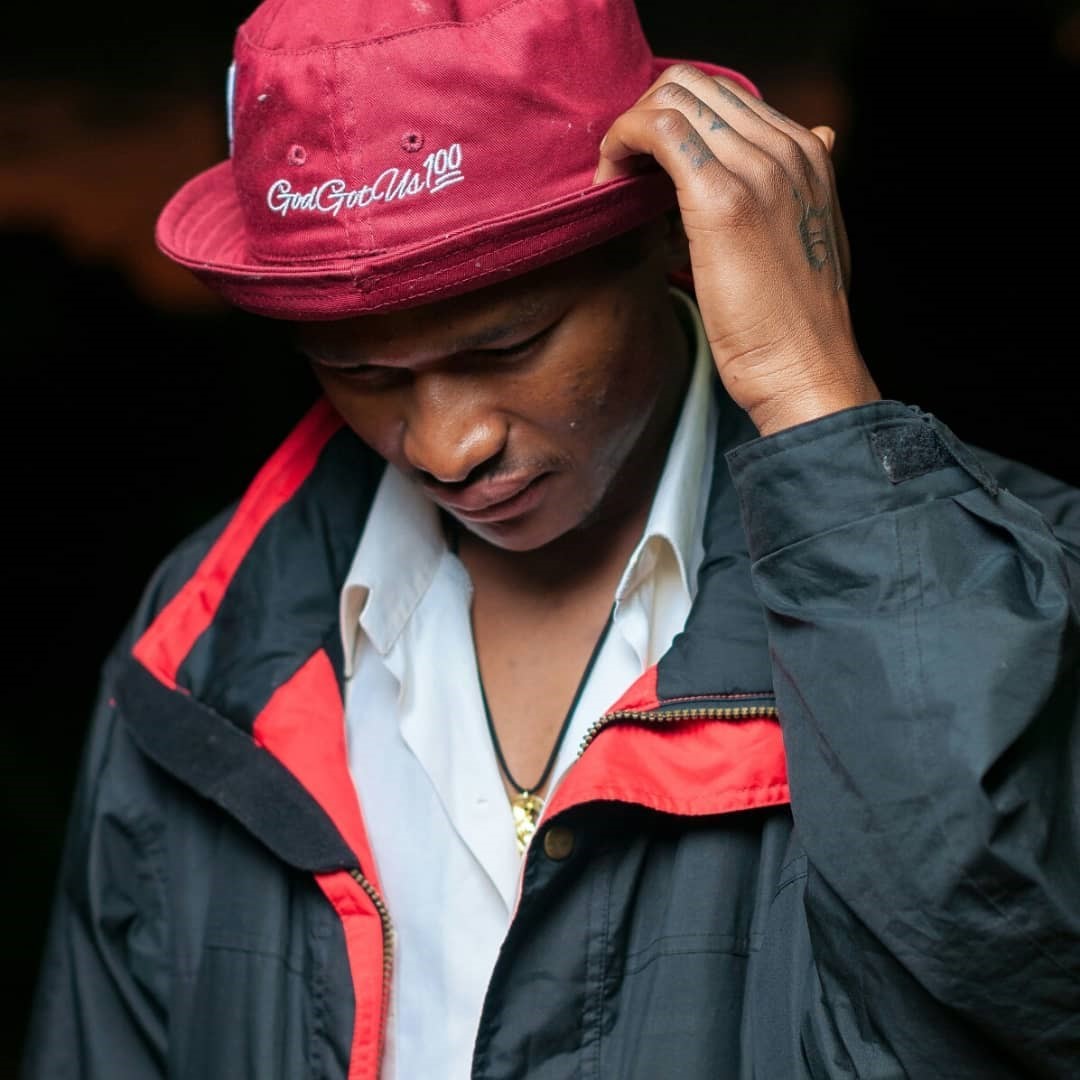 An Album by H’ and Them. Written By H’ & Them (but mostly H’). Released on November 3rd 2021. Entirely produced by Sir’Kastic. The album is painfully brief yet incomparably riveting. 7 songs. 20 minutes and 11 seconds.

Shortly after releasing “An Ep” on October 4th 2021, Aluwani lost a great love. He and his then-girlfriend went through a break-up. At the time, he was working on the musical project that would a month later become Eternal Sunshine.

Tell me about the sequencing of the songs. After multiple listens, it became apparent to me that Crescendo was a transition point in the album. The first three songs sound different from the last three songs.

The sequencing for the first half was according to the order in which the songs were created. From “Favorite Song” to “Ngangomu.” Those were the three ballads I felt needed to start the tape, and they were made in that order, After “Crescendo”, which was the link. I had trouble with the last three ‘cause they are different sounds. There’s a faint guitar on “ADHDH”, so I knew it had to follow Crescendo. I played that by ear. I usually just listen to the songs until the order just hits me. “Faded Jeans” was created in 2019 and never finished because the files were lost, and this was all I had, and I feel has a somewhat similar sound to “White Lotus,” which I knew had to be the last song. Either last or first.

Aluwani understandably grapples with the concept of genre and what it means when applied to his music. He explains that his music is designated Alternative simply because he could never really find an umbrella term to encompass his experimental approach. Alternative really means everything and nothing at the same time. That is the beauty of it. The passion in his voice as he describes the sonic landscape of each and every one of his albums is enough to make you smile. I love it when people feel comfortable enough to talk about things they care about. You can hear it in his voice, he is proud of his work, and he cares.

Sandwiched dead in the middle of the 7-song project is the lovely track Crescendo. A fitting title and placement. It brings a spark to the album. Crescendo is like a block of Magnesium unearthed from the obsidian bowels of crude oil only to get exposed to oxygen. A brilliant, blinding, yet sadly brief spark leaves you in awe. 1 minute 48 seconds is simply not long enough, but beggars can’t be choosers, so I recommend you play the song on a loop or ask your producer friends to make you an extended version. Speaking of extended versions, this album could use a deluxe or alternatively a “demos that didn’t make it” tape.

“Crescendo” is the only song on the album that doesn’t revolve around acceptance or finding contentment. It bridges the top half of the album which is without percussive elements to the percussive bottom half. Crescendo was made in 2020 but never released.

“It a prayer of sorts and, I hadn’t released it because I hadn’t stopped praying.”

Album breakdown, as narrated by H’ & Them.

Usually, after doing a project, I have a lot of residual creativity. It is responsible for ‘Badwithwords’ being released a month after The Actual Songs’ and “Songs for Silas” a month after “Incolour”. There’s a pattern here, and at any rate, a second project was bound to happen soon after “An Ep,” circumstances (the break up) helped shape “Eternal Sunshine.”

This is a funny story. “White Lotus” was actually recorded two months before the project. Lol, I was going through a different break-up then but with the same person. I guess that’s how much influence they have over me. The White Lotus resembles purity, feminine energy, grace, faith, fertility, and to me, it resembles rebirth (healing in a sense), so after “White Lotus” was recorded, we got back together, then “An Ep” happened. Fast forward. We break up once more. Now it’s real, or at least I think it is, you know?

I had really come to terms with the separation. And that is where “Favorite Song” happened. It hints at doing things right “this time”, but here I don’t mean re-doing it with the same person. I mean doing things right with love and myself. So in “Favorite Song”, love is personified and spoken to. I am also writing to both her and me. I let go of the bitterness. If anything, I felt immense love for her, I still do, but I had to let it go and keep it moving, think about “White Ferrari” by Frank Ocean. 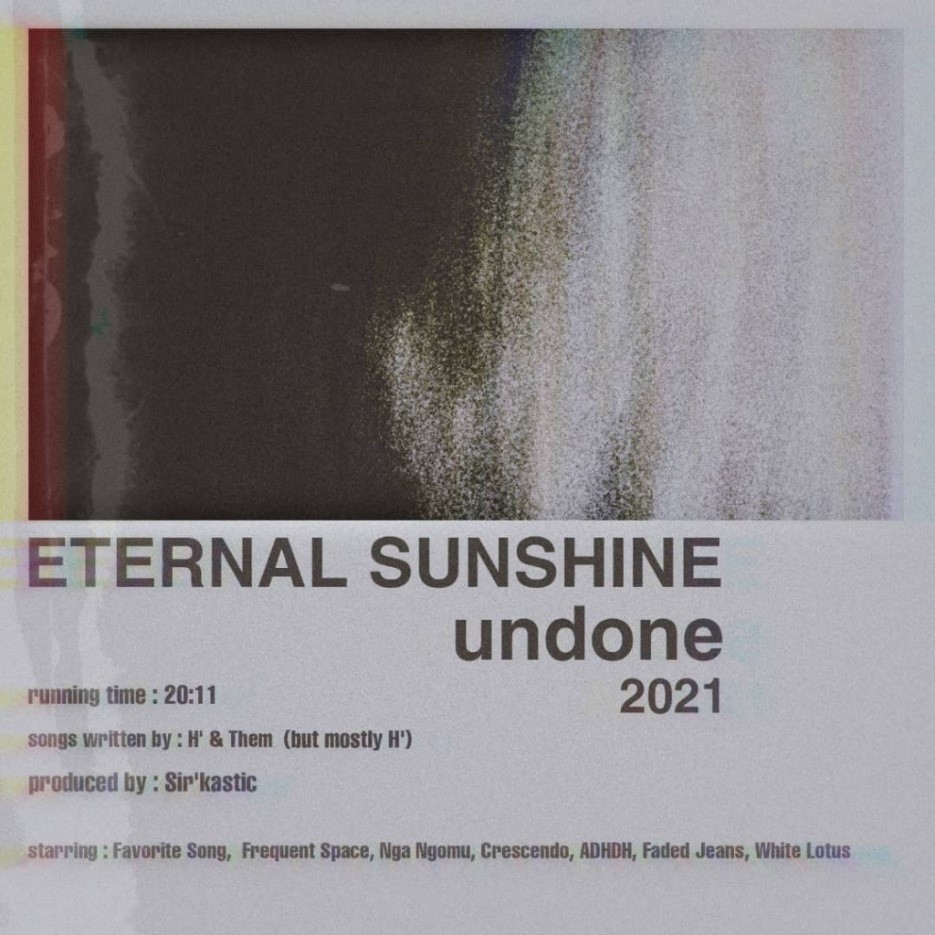 The cover art and the music are linked by the title ‘Eternal Sunshine. If you are familiar with Jim Carrey movies, you would know Eternal Sunshine of The Spotless Mind. It is a movie about Jim’s character (Joel Barish). He is trying to forget a lover who had erased him from her memory, but in the process of memory erasure, he realises he still wants to keep the memories, for that was all he had to keep. However, it wasn’t possible because once the “forgetting process” began, it couldn’t be stopped, so just before the last memory was erased, he decided to savour it.

So, in making the cover art, I just used the unofficial movie cover art I found online as a template. I had previously painted cover art, but it didn’t feel right (for lack of a better word). But I guess the Undone part of things stretches into the first three songs. Also, they feel incomplete, like something should have been added, or something should have been mastered properly. Sort of anti-climactic.

I absolutely loved the fact that it did not sound like something someone else made it is eccentric and it has its own soul. Nothing but praises, except maybe the tiny issue of it being too short.