Xova is an abstract phenomenon deserving of an audience far and wide. The show is about the challenges of single parenthood in rural South Africa. The synopsis was a great understatement of what happens on the stage. From the beginning of the show - in the foyer - we were captivated by the performers. The woman in white hypnotised the audience with her attention-commanding presence at the entrance and opened the doors to the theatre for the eager crowd. This was a taste of what was waiting for us inside.

We were met by low, haunting chants with the accompaniment of agonised moaning. The stage was dimly lit, with silhouettes of the singers the focal point. We inched in the direction of our seats with our eyes set on the stage, not wanting to miss a thing.

The show was nothing short of captivating, and kept the audience on the edges of their seats. The singers doubled as guides to the central character of Zukiswa, and as the men at the tavern. This was an innovative use of the cast, by the director. The singers were the only ones who had lapel microphones (which the audience could not see, so kudos to the stage manager). However, I did wish the rest of the cast had microphones too, in some parts, as the music would occasionally overpower their voices. 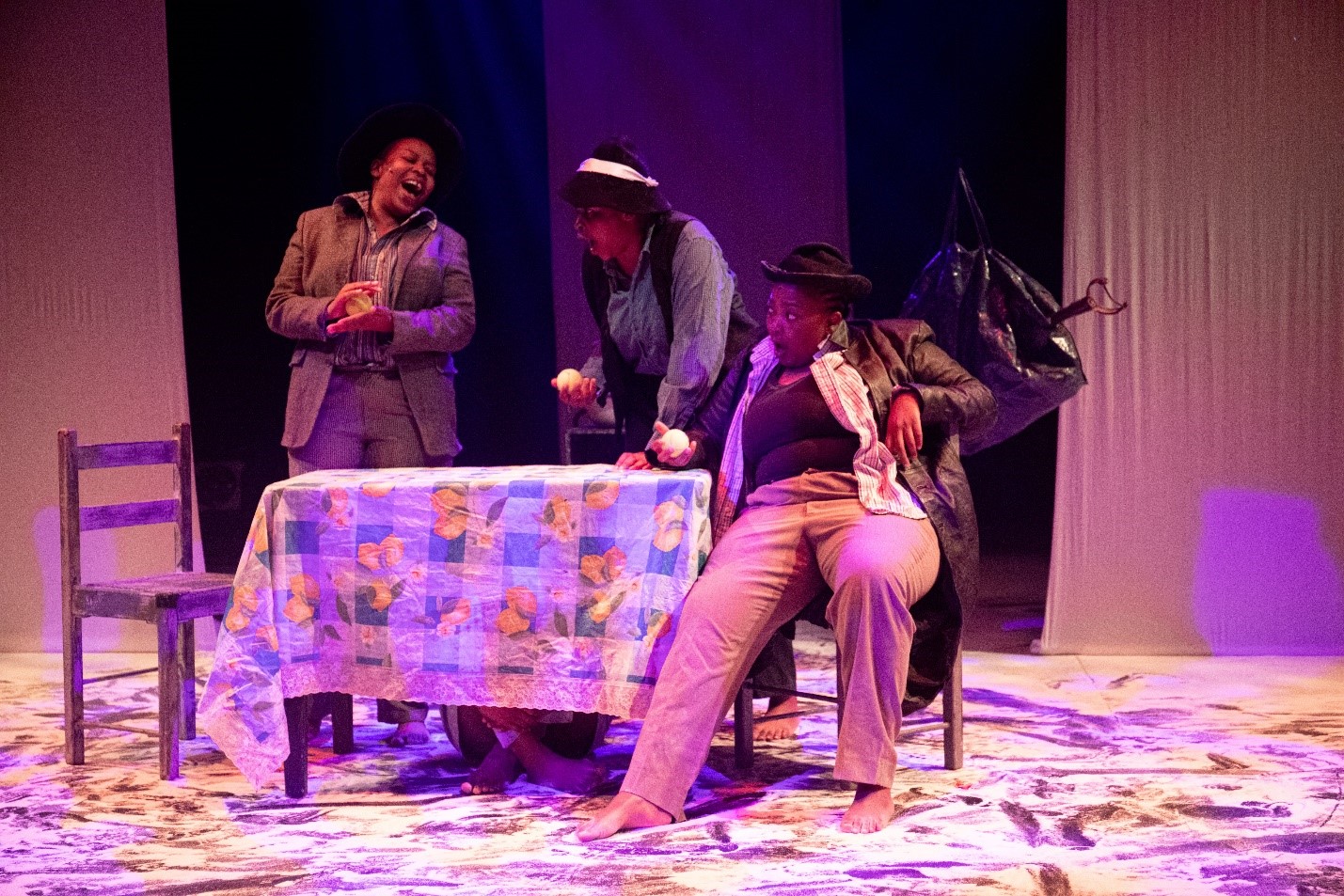 The cast was always on time, never missing a beat. They projected beautifully and delivered sincere emotional content (both visual and auditory). They kept the audience engaged, and every time one thought they were not sure what direction the action was taking, the lady in white would appear and shed some light. The lady in white was Thozama’s guide and maybe even the narrator of the show. Her choreography gave the scenes deeper meaning and gave the audience time to enjoy the inescapable euphoria that comes with indigenous Xhosa music. We were transported, almost viscerally, to the luscious Eastern Cape mountains, ushered there by her redolent voice.

The creative use of the wheelbarrow, to signify sex, was a pleasant surprise. There were children – under the age of 10- in the theatre and they were protected from the sexual innuendos. The lighting and visuals were always in sync, keeping us hypnotised and intrigued.

I take my hat off to the costume department. Zukiswa was in a ragged red dress with a blanket wrapped around her waist, and this made her feel even more motherly. The blanket doubled as a cloud that brought her thoughts to life.

The writer did a stellar, wonderfully evocative job on this play. Everything reeked of the Eastern Cape. The music, costume and set design were relevant to Xhosa culture. The dialogue was simple but potent.

Xova is more than just a play about single parenthood. It is about single mothers learning that their choices are valid and that their choices don’t make them any less of a woman compared to other women. It is a story of learning to trust in your abilities. It is a story teaching us that parenthood is also a spiritual journey. That raising a child involves more than you and what you can provide or do.