"In a world of wolves one should go armed, and one of the most powerful defensive weapons within the reach of Negroes is the practice of race first in all parts of the world."-Kumkani Marcus Garvey

"The world today is indebted to us for the benefits of civilization. They stole our Arts and Sciences from Africa. Then why should we be ashamed of ourselves? Their modern improvements are but duplicates of a grandeur civilization that we reflected thousands of years ago; without the advantage of what is buried and still hidden, to be resurrected and reintroduced by the intelligence of our generation and our posterity." Kumkani Marcus Garvey

"Negroes, keep your heads high. The day of the unscrupulous of the white race fooling all the Negroes is over. They will have to remake the universe to fool me. In no department of learning can they close my eyes. I am ready for all their tricks sociologically, anthropologically, economically, industrially, commercially, politically, biologically, ethnically, philosophically and religiously. They use propaganda to throw dust into the eyes of the world, but they shall never blind me in the storm.

"They tried to call me crooked because I am honest and did not fall for the methods of corruption. But, if I am crooked, then I shall present them their history that even the devil would be ashamed of."-Kumkani Marcus Garvey

On August 17, in 1887 in St. Ann's Bay Jamaica one of the most enduring Afrikan icons of the current era was born. A titan, a colossus, an Afrikan Warrior by the name of Marcus Mosiah Garvey.

Kumkani Garvey literally dedicated his life, time and resources to the restoration of the identity, pride, self-reliance, resurrection, solidarity and independence of the Afrikan Race, globally.

Through his Universal Negro Improvement Association (UNIA), Kumkani Garvey set up a global-well-structured movement of Afrikan resistance, (which covered all areas of people activity).

He is also the only Afrikan person in modern history to have organised Afrikan people globally, in a single life time. Kumkani Garvey was simply an unprecedented organisational genius.

This is why it is not surprising that he inspired every known authentic Afrikan radical movement of the 20th century (whether Afrikan Nationalist, Black Nationalist, Pan Afrikanist, Black Consciousness or Afrocentric).

Even the main leaders of these movements, anywhere in the world, point to Kumkani Garvey as their inspiration. And I mean all the major 20th century leaders of the authentic radical Afrikan world.

Even our own Muziwakhe Lembede, Josiah Gumede, Mangaliso Sobukwe and Bantu Biko, were inspired by the ideas of Kumkani Garvey. Knowingly or unknowingly, all of them advance Kumkani Garvey's ideas. 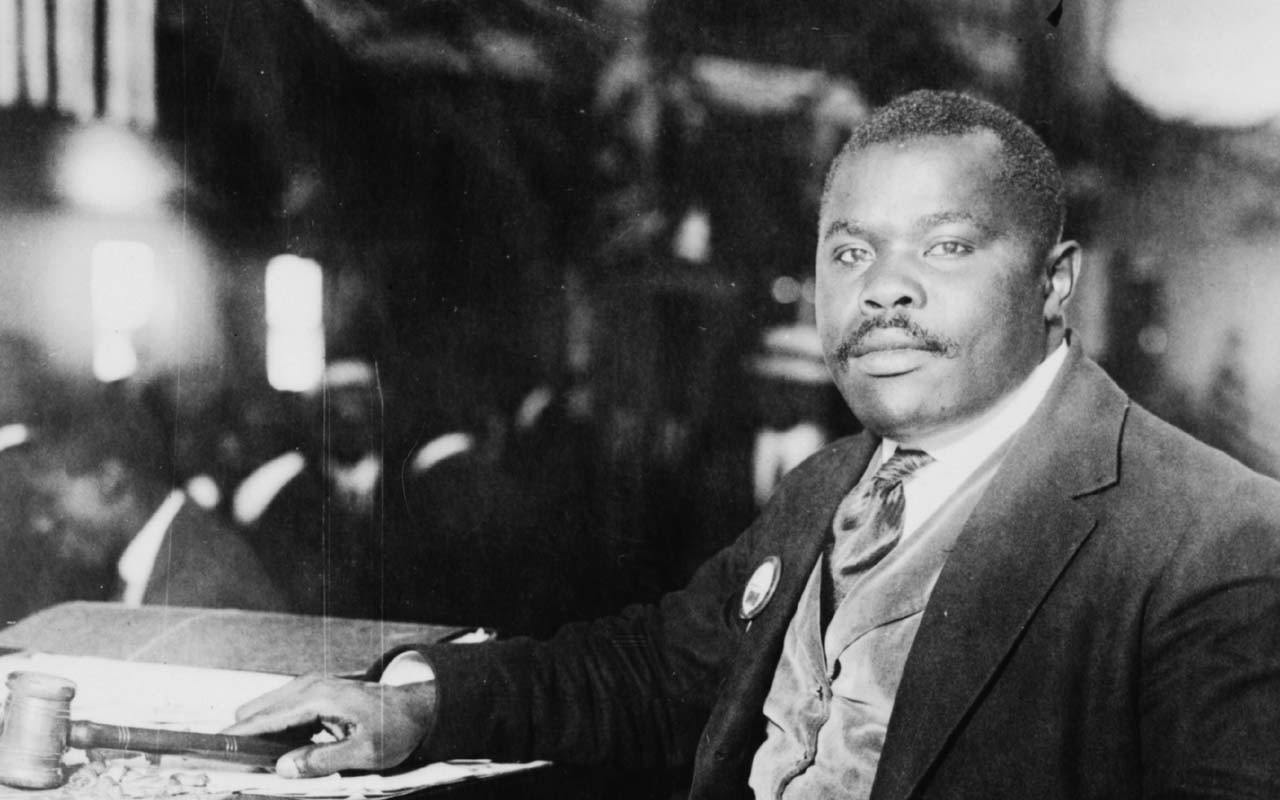 Not only does Kumkani Garvey's teachings still endure, but his Race First thesis continues to shape and inspire the proliferation of authentic Afrikan radical movements, across the world.

One of the latest additions to this galaxy of radical movements is the movement that we helped found: The Black Power Front (BPF) in South AfriKKKa.

For us in the Black Power Front, Kumkani Garvey is important not only because we share in his Race First premise, but also because like him, we in the BPF believe that Afrikan people everywhere MUST stand on their own and that, as Afrikans we must never feel apologetic for our Race First stance.

It is because of Kumkani Garvey's inspiration that we believe that we Afrikans owe nobody anything. Not our solidarity or even an explanation. In the context of our time, we note the emergence of anti-Afrikan movements like AfriForum.

The persistence of proxy imperialist wars in the mineral-rich parts of Afrika, the revival of Arab-led capture, murder and slavery of Afrikans and the continued systematic killing and incarceration of Afrikans by the white supremacist empire: United Snakes of AmeriKKKa.

We also note with disgust how the so called international community continues to turn a blind eye to the over 50 years of continuing genocide (mass murder and mass rape) of our Afrikan kin in West Papua.

In the midst of this systematic, deliberate and unrelenting anti-Afrikan terror, we believe Kumkani Garvey's Race First thesis remains the most logical response by Afrikans globally, to the persistent- systematic- unprovoked violence that our race- enemies continue to subject our bodies to.

As a tribute to this great Warrior of our Race, on the occasion of the 133rd anniversary of his birth, conscious of our individual and collectively weaknesses, we pledge to continue with the sacred Ancestral project of ensuring that we usher in a new world order.

A world order wherein we as the Afrikan Race and our children, can be truly independent of our various race-enemies and fully in charge of our destiny.