“Let us rejoice! My little spacegirl has gone to the moon!” Nkoloso in Afronauts (2014)

Nuotama Bodomo is a Ghanian filmmaker, exploring odd styles of cinema, with strong allegorical meanings and social commentary. Their cinema thus far focuses on visual storytelling. They are set in environments occupied by Black African people, even though their casts are usually Black people in the diaspora. Their films portray clear conflict for a central protagonist who is edged on by a small supporting cast of familial characters. These themes are evident in short films Boneshaker (2013) and Afronauts (2014). The latter is currently being produced into a feature length film.

Bodomo has also deviated from this script in 2016’s Everybody Dies! which runs as an abstract lo-fi short commenting on death through a game-show episode. While their first two short films share visual and cinematic technical aspects, Everybody Dies! is only connected in its reimagination of Black life and death, a central theme of Bodomo’s work thus far. Afronauts seemingly reimagines Africans participating in the space race, with a subtle theme of human sacrifice while Boneshaker captures a brief excerpt of a Black family with a troubled youth.

Film benefits from the opportunity to communicate in sound and image, but much of this can be distracted by incessant dialogue and storyline. Audiences rarely take a moment to simply appreciate how a film looks and sounds. Bodomo’s short films place us in a position to notice. With very little actual dialogue, almost to the point of none, we search for meaning in the pure audiovisual. 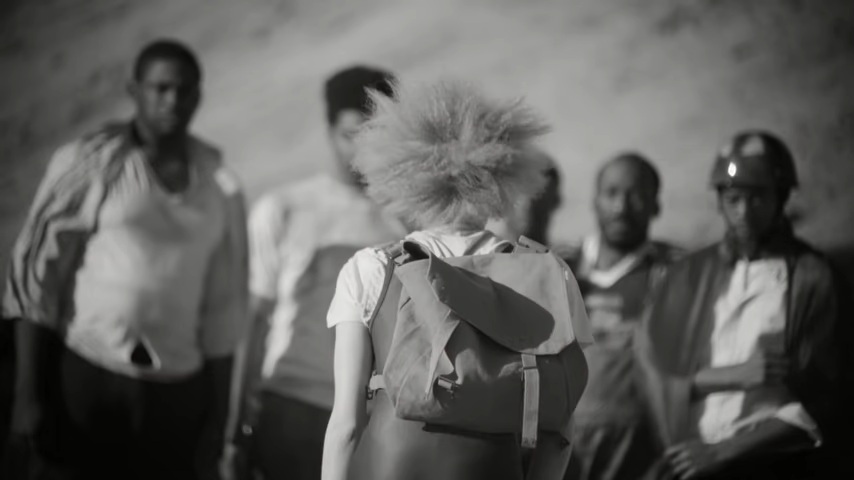 Matha (Diandra Forrest) emerging before the Camp Men in Afronauts.

While all cinema is sound and image, Bodomo’s cinema remains only as so, forcing them to focus on creating visual excellence. Certainly, their short films have achieved much technical prowess in how it showcases its subjects: A 17-year-old school goer with albinism who wants to go to the moon in Afronauts and a much younger disobedient girl sent to a church in Boneshaker.

Bodomo offers a magnificent use of sound. In Afronauts, we are bombarded by horns and orchestral overtunes, escalating to the launch into space, offering only a brief moment of silence as the rocket explodes in the air, followed by subtle orchestral music at its conclusion. The music, interestingly, builds until a climax of silence. In Boneshaker, we are offered strong natural sounds in a remote area of Louisiana, which feels much like the real world. In fact, these sounds are amplified. We hear the screams of a troubled child, the movements of trees and the river, and the worshipping of church goers. Both the visual and audio elements complement each other, sometimes competing, but often understanding. 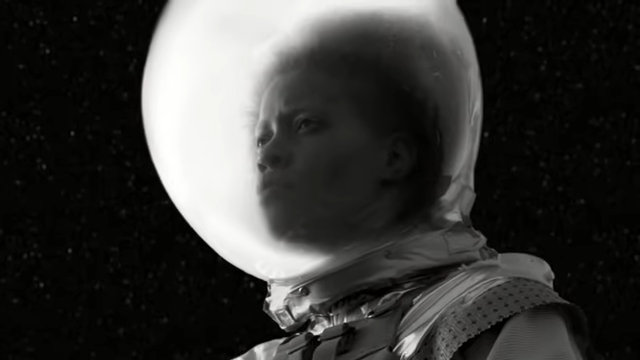 Afronauts can be considered within the philosophy of Afrofuturism, evident from its placing of Black people in a narrative of space. At the same time, the short film claims to be based on the true history of the Zambian Space Academy. This kind of reimagination borrows from Black realities, making narrative and visual adjustments.

The dangers of this kind of futurism is the placation of real histories in favour of pleasant depictions of Blackness. This risk is amplified by collective ignorance of the histories that futurist reinterpretations are based on.

If anything, the strength of Bodomo’s visual cinema detracts further from less appealing forms of media and history-telling, displacing the official narrative. If this philosophy succeeds, cinema verite is replaced by non-realism. Futurist narratives erase historical truths.

Afronauts might either by falling into this trap or making this very point. The short film ends with Matha arriving, either on the moon (represented as some heavenly white expanse) or in death. After all, we saw their rocket ship explode in the air. Surely, Matha has died. Has the film rewritten their death, pretending that they have arrived? This is seemingly what Afrofuturism achieves, recreating what never was.

Yet, in Boneshaker, Bodomo offers an opposite exploration of Black life, removing all elements of futurism and showing Black life as it is, with its subtle traumas, familial conflicts and religious obedience. The protagonist, Blessing, seems to have more agency than Afronaut’s Matha, but differs in the lack of support of their family. Seemingly, the contrast of these two short films show that when Black girls are obedient to structures, chants are made in their name. If they deviate, they are institutionalised. If the message of Afronauts is that such a reality can be reimagined, the warning from Boneshaker is that they cannot, ending the film with Blessing half submerged in water, surrounded by their family, a symbolic baptism. Certainly, Bodomo has mastered their audiovisual cinema, and uncovers allegories of Black life. Their films wander, and we all mourn or celebrate the duality of Black conditions, to both imagine going to the moon and feeling trapped on the earth.