“Blacks Can Be Racist” - Reflections On UCT’s Decolonial Summer School

The time is 12:30am, I have been trying to fall asleep for the last two hours at least, but could not. Though I am a "late night person", as opposed to a "morning person" I should be fast asleep at this time given the activities of the day punctuated by a relatively intense workout at the gym, not to mention a mountain of pancakes on my plate for supper.

I suspect there's something more than the sugar in the pancakes that's keeping me awake.

Earlier that afternoon, I had made a last minute decision to attend UCT’s Decolonial Summer School. I had been tagged a few times, including by someone who is a lot more than just a Facebook friend, Huey P Orleyn, a founding member of Black House Kollective in Soweto. Rithuli, "Huey", will be presenting alongside Prof. Nelson Maldonado Torres under the theme EServe, Suffer, Sacrifice: Arresting Colonial Assaults in Thought and in Practice. 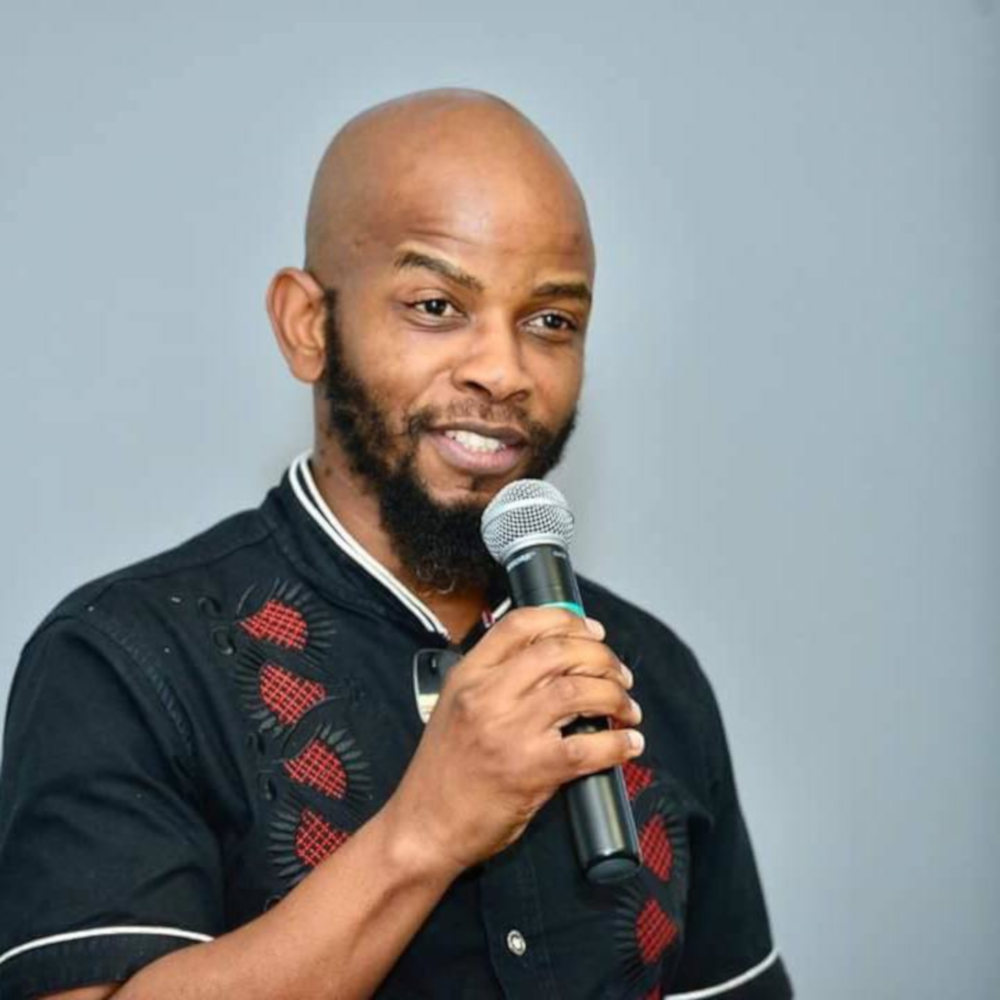 Morena, let them call you whatever, for us, you are our home-grown commissary, a co-creator of meaning of Black existence. Pan Afrikanism and Black Consciousness are safe in your hands, until further notice.

It is the colonial assault which I want to address. Things progressed smoothly since the beginning of the school, Prof. Ramon Grosfoguel set the bar high from the onset, addressing himself to what he called the Four Genocides/Epistemicides of the 26th Century. A slight discomfort for me, which was not easy to turn a blind eye on due to his over reliance and over emphasis of Islamic history as an example of genocide /epistemicide in the 16th Century.

Its discomforting when Black people have to listen to how Islam or Moslems suffered under white domination when Blacks in their own history have suffered genocide /epistemicide by Islam expansionism. I should have suspected then that something was brewing. Well, something was brewing in the kitchen too, so we paid no mind to Prof. Ramon until the next day. At the end of his presentation, he gave a formula upon which his definition of racism is built. All hell broke loose, Blacks of Biko, (Not Biko blacks) threw all pretences and held Prof. Ramon accountable.

Before that though, Mr Abdul Karriem went straight for the jugular and stopped the easy flow of blood in the room. Armed with Marxist tools of analysis, dialectical materialism, he made every one of us with middle class tendencies feel uncomfortable. He had us by the balls until he entered the class, race sphere, where he lost his ideological ground.

Both this instance and what happened the following day is probably what has kept me awake when I should be sleeping. By the way, Prof Ramon found an ally with Mr Abdul Karriem Matthews so much so that when he was under fire by the Biko Blacks, he called on him for defence.

Now here is something interesting and worthy of inquiry. Prof Ramon, Mr Abdul Karriem Matthews, let me add into the fray, Dr. Frederico Settler, who was my supervisor at UKZN and someone the Fees Must Fall students looked up to as a Fanonian scholar, all made the disturbing remark with slight variations, "Blacks Can Be Racist".

Let's start with Mr Abdul Karriem Matthews. A little bit of background. He is the Coordinator for Bishop Lavis Action Community (BLAC) and part of the leadership core of Total Shutdown that gave Bheki Cele sleepless nights. His political credentials which begin with his involvement in student politics in Mitchells Plain, then later UDF etc. are all spelt out in the UCT Decolonial School invite and program. He is a self-confessed Marxist and may have been part of APLA if I heard him correctly. I'm sure Mr Abdul has done a lot to contribute to the fight against the ongoing onslaught on our people who remain vulnerable and defenceless against such a brutal system of white privilege.

If all you look for in a political ally is radical rhetoric, with the word "revolution" thrown in here and there, then Mr Abdul is your best candidate. But if you care about ideology and are of a Black Consciousness persuasion as a firm foundation from which we wage our struggle against white domination, then think again. For Mr Abdul the class struggle is all of what politics are about.

His introduction was interesting, he traced his roots from the Malay slaves who landed at the Cape from Indonesia. Nothing wrong there, I didn't get a sense that he has bought into the right wing revived and sponsored project of coloured nationalism. In fact, I resonated with his sense of moral rage and urgency for justice that I wondered what is his message to the residents of the Cape Flats who refer to the themselves as The First People. Is he getting through or not?

I will connect the dots soon. Let's move on to Prof. Ramon Grisfoguel. Prof Ramon is a professor in the Ethnic Studies Department at the University of California at Berkeley. He has published extensively on International Migration, Political Economy of the World System, Decolonization of Knowledge and Power. He is originally from the Caribbean and relies on Fanon for his thinking on the question of white systemic power.

Borrowing from Fanon on the "Zone of Being and the Zone of Non Being", he builds remarkably some formulae upon which his definition of racism rests. Prof arrives at it clinically and rightfully dismisses all superficial notions of racism such as prejudice, liking someone or not liking someone. He locates it as a structure that harnesses life for its benefactors and leads to premature death for its victims.

Prof. beautifully sums up life in the "Zone of being" as enabled by regulation or law and programs of emancipation while those in the "Zone of Non Being, suffer death through violence and dispossession”.

Now, as if Prof could read our minds, he discharges venom in the room, disturbs our ideological consensus and makes a claim that just because Blacks are in the zone of Non being, it doesn't mean they can't be racist. Ouch, the temperature in the room shot up to 30 degrees Celsius. I could hear the song in the background, "Who let the dogs out, Hou Hou Hou Hou!”

Lindokuhle Patiwe respectfully said Prof is probably a Marxist who came to Fanon later. Huey was not so generous," Lomlungu uthetha amasimba ngoku".

Prof realized he made a blunder, but the more he tried to explain himself, the more he talked himself into a hole, vacillating like nobody's business. He called Mr Abdul and handed the mic to him. Mr Abdul took the big stick approach, true to the spirit of the Shut Down Movement, he raised his voice and shouted everybody down, literally shutting down the debate.

Before I conclude, not long ago I had a backlash on one of my Facebook posts on the question of coloured nationalism. To my surprise, my supervisor Dr Federico Settler jumped into the debate and called me racist. The gloves came off, we punched below the belt and that cost me my place to do my PhD at UKZN. I have since moved to Fort Hare; I must behave there.

I didn't try hard enough to look for the Facebook post, perhaps Dr Federico will assist with the post so we can have some context on this. That I was called a racist by a Fanonian scholar is enough for me to make the next concluding remarks:

What is the thread running from Prof Ramon, Mr Abdul and my experience with my former supervisor Dr. Settler? It is not an outright refuting of Black Consciousness as essentials, it is not the belittling of the narrative of Black Pain as the Olympics of oppression. It is a lot subtler than that. It's an intellectual exercise to harmonize the relations below the human line, at the Zone of Non Being. At the expense of whose narrative this harmonizing is carried out, we must ask.

The defacing and erasure of Black people in their struggle against white domination is becoming a lot more sophisticated. The enemy of Black people has found its voice among the most radical among us and well respected minds within the struggle. Political credentials are now the license to speak with authority and at times substitute for ideological clarity.

The lesson is that Blacks must not abdicate their responsibility to narrate their story of oppression as experienced by them. It doesn’t matter how much sympathetic others maybe, it remains our duty to tell the world of its atrocities against us and implicate all those who have taken part in our demise even though they may have become allies in the battle field. A lot more needs to be said but I'm tired. It's 4:15 am and I must be up early. Besides, load shedding has just hit me.