The Kwaito music genre along with its concomitant culture and subcultures can certainly be likened to that one former lover that is just constant in your life. Naturally, for the sake of present relations ongoing, complicated, paused and otherwise, we can all pretend to be unfamiliar with this concept [insert a shrugging emoji] lest this piece starts ‘faecal waste’ in bedrooms this evening.

This notion was however, proven to be true beyond all doubt last Decemeber as Kwaito heads from all walks sauntered into Joburg Theatre’s ‘The Lesedi’ stage, brandishing the genre’s signature bucket hat, colloquially known as is’poti emakasana. While some had evidently come straight from the office, still in suits, Colgate-white shirts and conforming ‘kick and bhobozas’ all the while their s’potis hung on for dear life fighting for a place in their get up, others had evidently had several pit stops on their way to the theatre thus indeed in the spirit of the culture, starting the party a lot earlier. By the time the on auto-cue ‘Madibuseng’ instrumental welcomed them to The Lesedi and had them ngwazing hard in reverse as ushers ushered them in, it became evident that the young, breezy night was about to be ‘lit’ as the kids say.

It mattered little too, that it was pouring outside; Converse All Stars of all ages, colours and creed had equally come out in place of regular rain boots; and so did Dickies. It was apparent that folk had resolved to loyally braving the cold breeze that accompanied the downpour as they moved sideways crab style in their Mathand’ekhishinis, making their way to the Joburg. With his once off sold out nostalgia inducing musical production ‘The Taming of Jakarumba’, Jakarumba aka Mjakajaka had indeed awakened a fire that burned silently yet fervently in many for almost a decade since the supposed death of the genre. The overflowing nature of The Lesedi was testament to this. 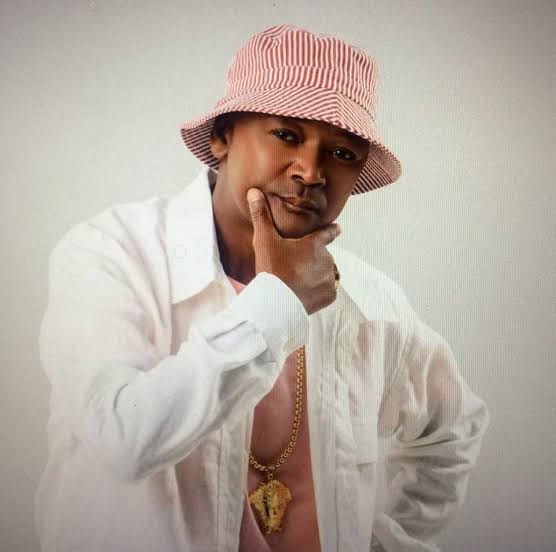 Tasked with recounting the life and times of Jairus ‘Jakarumba’ Nkwe, a successful yet notoriously colourful problem child of Kwaito, the production in fact went beyond its call of duty as it drew crowds from all sectors of society, folk who thirsted for times yonder when street bashes and 6 to 6 parties were the order. From politicians, stage and screen writers and actors, to musicians and best of all, the fun loving and all forgiving fans, all gathered under one roof to relive their evidently long gone youth. As Jairus made his entrance for a prayer (umthandazo wamapantsula) prior to his showcase kicking off, the readily excited and comfortably intoxicated audience lost their marbles. A patron in the far back row even fell off her chair from excitement. Needless to say, it was rather still early in the night for that kind of excitement to take centre stage considering the manner in which the line-up brazenly took the house by storm as it consistently belched its best out. When Jairus disappeared behind the curtain and the screening of a recollection of his life’s moments by his band mates, friends and family began, there was no turning back.

In true Kalawa culture, an evidently matured Thebe in his memorable look, tight muscle t-shirt and skinny pants, opened the show with his yesteryear hit ‘Di a boa ko Philly’. The joint was enough to get the crowd warmed up as numerous bums voluntarily disconnected from their seats. It wasn’t of course until the mega hit ‘Bula Boot’ exploded that jackets came off as the entire house stood on its feet trying to shake bones that seemingly reminisced of what they once were capable of. Thebe was soon relieved from his tight sweat fest by the cap clad Professor, honestly, the only gentleman of the genre whose aim has always been to never sweat, however inviting the joint being unleashed is.

While the Uncle Bae of Kwaito in Mdu Masilela and Jairus’ band mate and friend Mandla ‘Spikiri’ Mofokeng made their own appearances among others, it was Kabelo Mabalane’s entrance and performance that turned the house upside down at 9pm that Friday, indeed bringing the true definition of ‘lit’ to the so-called ‘youth endala’ [older youth]. It should be said that the man’s performance ran short of having pantsula petticoats and bloomers catapulted onto the stage (angithi youth endala no longer wears underwear). Kabelo’s performance was worthy of a bigger stage and made the wet night out a night to remember.

While the most memorable of this decade in a long while as far as Kwaito concerts go, the show certainly missed a few characters, both alive and departed. Standing there losing our minds at every banger cued, one could imagine a husky Mandoza bursting onto the stage with Indoda, perhaps a Zola with his encore inducing Mdlwembe, even a Mapaputsi rolling “akusafani nak’dala umuntu ehamba house to house ecel’i happy”… all would have added great flavour to this production. How can we forget the likes of Mzekezeke whose delinquency could certainly be matched with that of Jairus’ before he was tamed?

A once off offering, the production was spectacular and delivered on its mandate. The intoxicated crowd was blown away and left begging for more as it echoed an encore of Malabulabu well into the night. It is hoped by many that a one-time Kwaito concert of the fast aging performers could be put together in the near future to afford the ‘youth endala’ one last 6 to 6 jol because as it were, staying past 10pm is apparently proving challenging already.