How Blacks Had the British Breathing Through The Wound

Story of How the Mighty British Army Suffered Humiliation at the Hands of Afrikans in 1879.

The second edition of the Isandlwana Battle Musical Lecture returns to Joburg Theatre on 24 – 26 January 2020. Mbuso Khoza, founder of Value of Culture, musician, historian and heritage enthusiast will be accompanied, once again, by the Afrikan Heritage Ensemble (a 16-member Acapella group which Khoza formed some four years ago) as they present the happenings of 22 January 1879 using the language of the music.

The Isandlwana Lecture sees Khoza presenting not only a gripping picture of the pressures that drove both sides to a terrifying and bloody confrontation, but a definitive history of the battle that has shaped the political fortunes of not only the Zulu people but of the entire African population in this part of the world to this day. The Isandlwana Battle Musical Lecture demonstrates how ‘unity of purpose’ has achieved what experts would have called impossible…

Those who follow the history of South Africa will know about this historic victory of the nation. In the shadow of an imposing rocky outcrop called iSandlwana, the bloodiest defeat inflicted on the British Army during the Victorian age took place.

The Anglo-Zulu war had not been a cricket match in which evenly matched sides had met up in fair play and the best side had won. It had been an unequal struggle between an industrialised nation with the best weapons the technology of the age could provide and a people fighting for their country with little more than raw courage to sustain them.

Even though the particular battle was won by the inspired Zulu warriors, the subsequent revenge killings by the British would prove the most paralyzing for the Zulu and the rest of the black people of southern Africa.

The defeated lost not only the lives of thousands, their indigenous political institutions, the centres of their political administration, many ordinary homes and thousands of head of cattle, but also their independence and the very fabric of their way of life. Nothing for the Zulu would be the same again.

Mbuso Khoza had this to say about the Lecture; “When we launched last year, the idea was to educate the cultural and heritage lovers about our history. The lecture had to be different, as it is aimed not only to the history follower, but to a wider audience that is curious and would need to grasp the story effortlessly. Narrating such an eventful occasion can become boring and monotonous if done the traditional way of presenting papers, and that is why we gave a lecture with a twist. This year we promise an even better experience where we’ll take the audiences down memory lane with Amahubo such as “Khethani Amagwala” widely regarded to have been favoured by the Zulu founder King Shaka, as well as “Zulu Salwa Nempi”, a victory song composed a day after the famous Isandlwana conquest.”

Khoza conducted research on Amahubo – the 17th and 18th Century hymns that were sung by our people – and concluded that these are time capsules, fully encoded with vast amounts of knowledge on how leaders and their subjects responded to the advancement of colonialists, and how this has led to the kind of society we have today.

The Isandlwana lecture demonstrates how Khoza weaves together the lives of Zulu patriots like Ntshingwayo ka Mahole and Mehlokazulu ka Sihayo and professional British soldiers such as Anthony Dunrnford and Charlie Harford – the men who were at the human heart of the savage and iconic Anglo-Zulu War by examining the songs – Amahubo – composed during that age.

The production, uses mainly song and narrative, and goes beyond the narrow focus on the battles of Isandlwana and Rorke’s Drift, to cover music that has evolved from Amahubo and influenced numerous genres now grouped as “traditional music” for marketing purposes.

These include music known as Umvalelo, Umbholoho and others that have since been adopted by young people all over South Africa.

- Tickets can be purchased at webtickets.co.za or Pick ‘n Pay stores 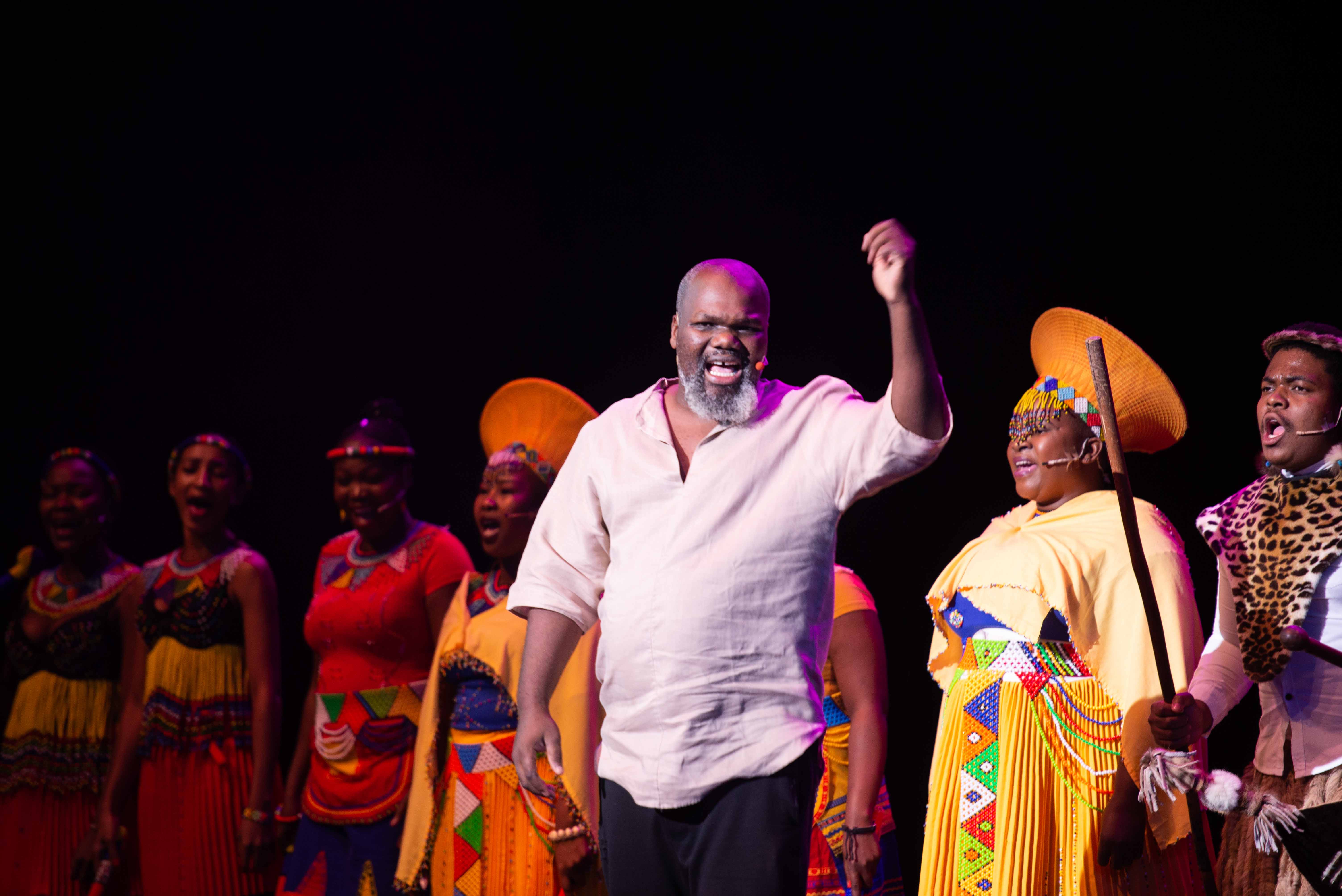 About Mbuso Khoza and the Afrikan Heritage Ensemble

Mbuso Khoza is recognized internationally as an expert on the musical heritage of the peoples of southern Africa and has written dozens of highly regarded articles for mass circulating isiZulu newspapers on the subject. He has also featured on a weekly radio slot on heritage for the past two years on Africa’s biggest radio station by numbers – Ukhozi FM.

In 2013 he received the Best Jazz Album accolade at the annual Metro Awards and has collaborated with a number of influential musicians – at home and abroad – across genres as a symbol of the music fraternity’s acknowledgement of his rare composition and singing talent.

Khoza formed the Afrikan Heritage Ensemble in 2015 with a view to popularizing the 18th century music – AMAHUBO. The 16 voice strong acapella unit has toured the globe mesmerizing audiences with the haunting beauty of Amahubo and their relevance in piecing together disjointed parts of the history of Africans before the colonial conquests.

He is also the founder of the annual Heritage Awards to recognize contribution to heritage by a number of indigenous music practitioners in the continent and abroad. The awards celebrated its third anniversary in 2019.