Paulo Nazareth, who describes himself as an artist ‘that lives and works throughout the world', integrates found imagery, organic matter and urban detritus into his sculptures, installations and paintings, to spotlight the connections between historic migrations, contemporary expressions of the colonial encounter and the contours of diaspora.

PHAMBI KWENDLOVU, translating from isiXhosa as ‘before the elephant’, looks at this animal’s physical, metaphorical and idiomatic existence. Nazareth states, ‘The elephant is the memory, but you are also the elephant; the elephant is like the joker in a card game, it can be used for many things.’

Found matter and processes of migration function as pivotal discursive tools in Nazareth’s work. On the occasion of Melee, Nazareth’s current exhibition at the Institute of Contemporary Art Miami, Nicola Martinez appraised this approach, writing:

“Whether traversing the Underground Railroad in Louisiana; raiding the tombs of disappeared [resistance figures] in Brazil, Argentina, and Uruguay; or tracing [the recurring leitmotifs of] influence across Kenya, Nigeria, and Mozambique, Nazareth’s is a starkly personal journey to understand the oppressive, exploitative nature of colonial history.”

While movement provides the artist with a method to observe history through kinetic means, found objects and images become emblematic for him through their staticity. Rocks, hair, search-engine images, figurines, fresh produce and acrylic replicas become pregnant signifiers of historic flashpoints through their ability to connote. 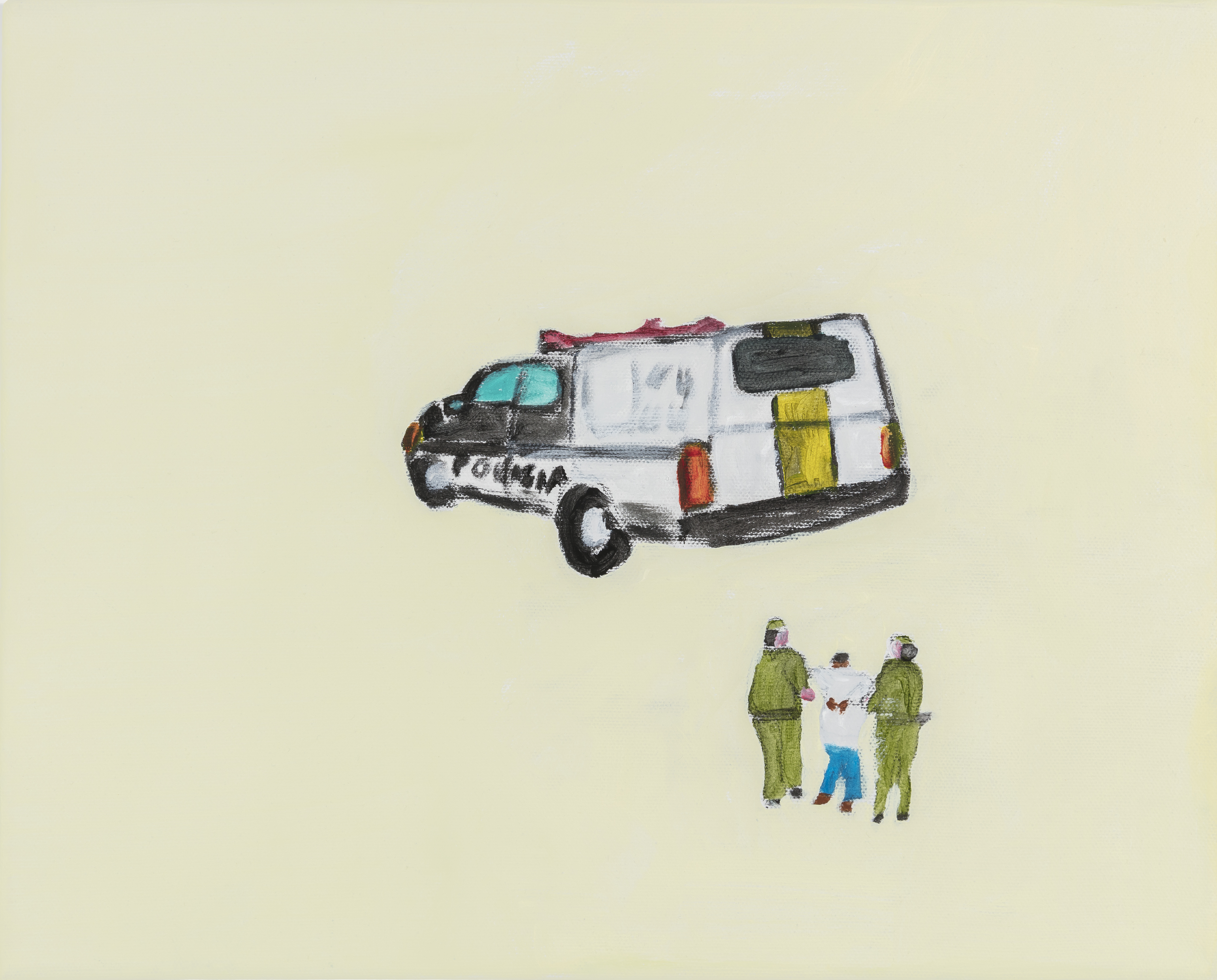 One little-known event highlighted by Nazareth in various bodies of work, which gains particular resonance with this exhibition, is the 1916 hanging of an elephant named Mary in Tennessee, Mississippi. Held captive as a performer for the Sparks World Famous Shows travelling circus, the five-ton Asian elephant was lynched for killing her trainer, Walter Eldridge, who was hired the day before.

Eldridge was reported to be a homeless man who worked at times as a hotel clerk, and was employed to mind the creature despite his lack of qualification and experience. Conflicting accounts converge on the central narrative that he was killed during a parade by an enraged Mary, after he prodded her behind the ear with a hook, as she reached down to nibble on a watermelon rind. The current Wikipedia entry states, ‘Most accounts indicate that she calmed down afterward and did not charge the onlookers, who began chanting “Kill the elephant! Let's kill it”.’ An autopsy done at the time determined that the provocation was a severely infected tooth in the precise spot that Eldridge had struck.

This particular elephant’s narrative spans forced labour, retaliation, naive blunder and calculated degradation in ways that echo the broader cultural milieu of the past and its structural ramifications in the present. Nazareth continues, ‘It is good to remember that the elephant is also a metaphor of our historical memory. We know of the death of the elephant but we must also know of the death of men, women and children. They will use the elephant to hide everything. The elephant is good but you have to look beyond the elephant, like the story. And sometimes all we know of official history is fiction, a game of strength between that and oral history.’

*The exhibition runs at Stevenson Cape Town until November 23 2019.